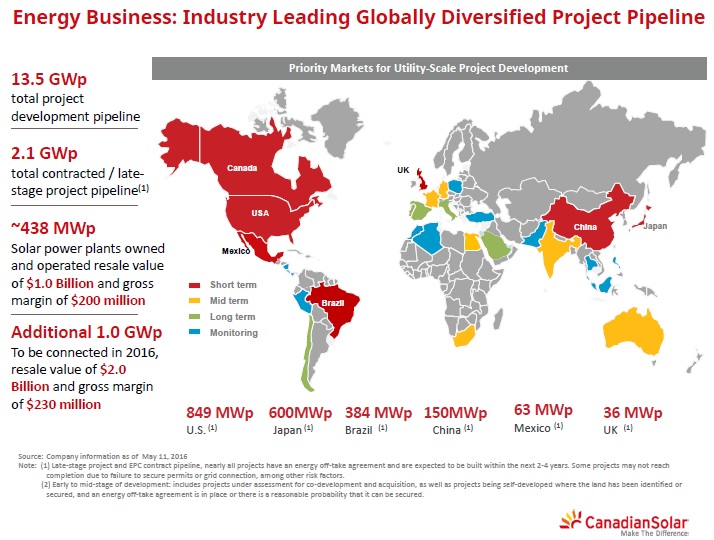 Canadian Solar won the 63MWp project in Mexico’s inaugural energy auction in April 2016 and was part of a team developing the project, which included Martifer Solar, Energia ECG and Ithaca Environmental Ventures.

All the electricity generated will be sold to the Federal Electricity Commission (Comision Federal de Electricidad, ‘CFE’) under the PPA for a 15-year period and related Clean Energy Certificates for a 20-year period.

The project is expected to generate electricity by September 2018.