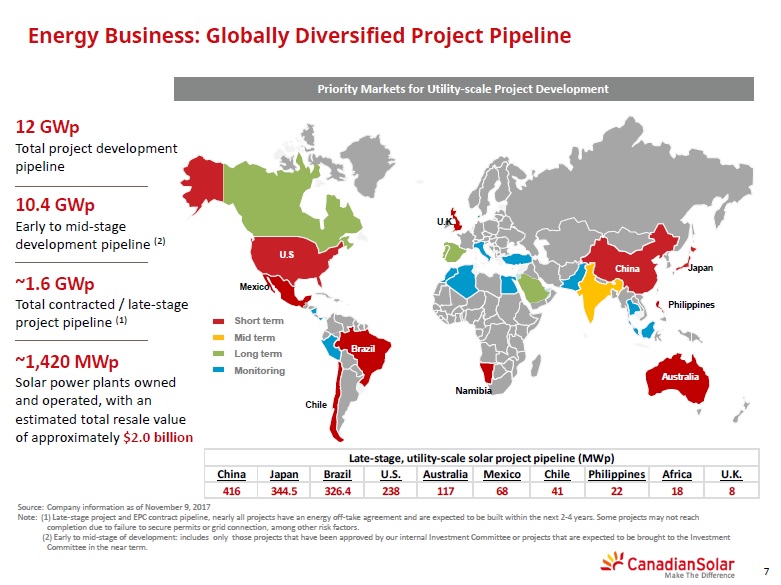 ‘Silicon Module Super League’ (SMSL) member Canadian Solar said it would build three PV power plants in Brazil, totalling 364MWp in Brazil after securing the projects through Brazil’s latest A-4 auction that was held on April 4, 2018.

The SMSL said that projects would be located in the states of Minas Gerais and Ceara and carry 20-year Power Purchase Agreements (PPAs) with an average price of 118.15 BRL/MWh (approximately US$35.58/MWh).

Dr. Shawn Qu, Chairman and Chief Executive Officer of Canadian Solar said, “Brazil has proven to be an important market for us. Relentless innovations and focuses on driving down cost while improving efficiencies in all aspects have allowed Canadian Solar to deliver a 55.5% reduction in energy prices from the first auction, which accelerated the adoption of solar energy in the country.”

The SMSL has a PV manufacturing plant in Brazil, operated by major OEM firm, Flex.

The company said that it planned to have the projects completed and operating by 2022.

Canadian Solar had previously sold majority stakes in projects planned in Brazil from previous auctions to EDF and supplied modules for the projects that totalled around 326MWp.