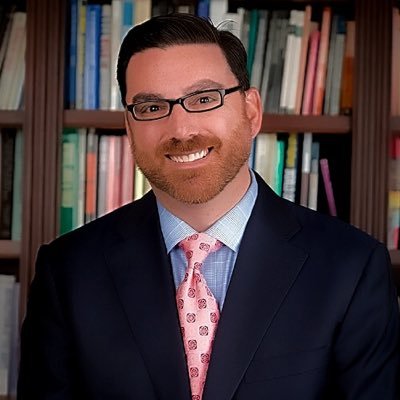 A “deceptive” utility strategy to mislead Floridian consumers into believing Amendment 1 is pro-solar has been exposed in a leaked audio uncovered by an industry watchdog organisation.

The Centre for Media and Democracy and the Energy and Policy Institute has released an audio that captures a member of a Florida-based think tank and the national State Policy Network James Madison Institute (JMI) gloating that Amendment 1 backers successfully fooled the public into believing it is pro-solar.

Amendment 1, an upcoming November ballot measure formerly known as ‘Rights of Electricity Consumers Regarding Solar Energy Choice’, prohibits third party ownership of solar systems. Clearly an attempt to stifle self-generation by Florida’s utility network, the Amendment is anything but pro-solar. Supporters of the measure, who are mostly utilities, characterise the Amendment as preventing high-priced third-party solar companies from entering the market.

The audio can be listened to below.

In the audio, JMI’s vice president of policy, Sal Nuzzo said: “The point I would make, maybe the takeaway, is as you guys look at policy in your state or constitutional ballot initiatives in your state, remember this: solar polls very well. To the degree that we can use a little bit of political jiu-jitsu and take what they’re kind of pinning us on and use it to our benefit either in policy, in legislation or in constitutional referendums if that’s the direction you want to take, use the language of promoting solar, and kind of, kind of put in these protections for consumers that choose not to install rooftop.”

The revelation of this audio proves what opponents of the measure have suspected and claimed: that utilities attempted to deceive voters into supporting the Amendment. It was taken from Nuzzo speaking at the Energy/Environment Leadership Summit on 2 October in Nashville, Tennessee.

Nuzzo also dubbed the Amendment “an incredibly savvy manoeuver” that “would completely negate anything [solar supporters] would try and do either legislatively or constitutionally down the road.”

In response to his comments, Nuzzo told the Miami Herald: “In the context of that, I stand by them.”

However, Robert McClure, executive director of JMI, said – in what could be damage control – that Nuzzo “misspoke” in his portrayal of the campaign as intentionally duping.

“At an event with an unfamiliar, national audience, Mr Nuzzo generalised his commentary and misspoke in reference to JMI partnering with Consumers for Smart Solar in any capacity,” McClure said in a statement. “JMI has never worked with or received funding from Consumers for Smart Solar,” McClure said in a statement. “We have released policy positions on both solar amendments and have publicly spoken on the pros and cons of each.”

Whilst JMI may have never worked with the Consumers for Smart Solar, chief champions of the Amendment, the audio confirms that the political advocacy group approached JMI to be the mouthpiece for their campaign.

“So Consumers for Smart Solar came to JMI and said you guys are, you know, the adults in the room. You’re the ones that have access to the research, to the scholars, to the State Policy Network, to a lot of the national organizations. We need some help because not only are they going to get the 700,000 signatures to get it on the ballot, it’s actually polling in the 70% range,” Nuzzo was heard to say.

In addition, the Tallahassee-based think tank does have inextricable links to utilities, which also support the measure, namely, Florida’s investor-owned utility (IOU) Gulf Power – which spent US$2.1 million backing Amendment 1. In fact, Gulf Power’s CEO Stan Connally is a member of JMI’s board of directors, with JMI’s director Alan Bense also member of Gulf Power’s board, according to information by the Energy and Policy Institute.

On the other side, solar advocates have voiced their outrage at the admission of the intention to con:

“This tape shows the extraordinary lengths of deception, the utter disrespect for the Florida voters and the arrogance of the big monopoly utilities embedded in the fraudulent Amendment 1 on the ballot in November. They know what Florida citizens and voters want, more clean solar power, yet the power companies use what they arrogantly call “political jiu-jitsu” to put the shady, con Amendment 1 on the ballot targeted at Sunshine State voters,” said Stephen Smith of the Southern Alliance for Clean Energy. “This is not a political left or right issue; this is a fundamental issue of what is right and wrong.”

“This tape shows the extraordinary lengths of deception, the utter disrespect for the Florida voters and the arrogance of the big monopoly utilities embedded in the fraudulent Amendment 1 on the ballot in November” – Stephen Smith, Southern Alliance for Clean Energy

“The people pushing Amendment 1 were very clear about the utilities’ plan when they thought the public wasn't listening: they're trying to confuse voters into believing their utility-backed ballot initiative is pro-solar. It's a dirty trick, and Floridians should show them that they're too smart to let them get away with it,” said David Pomerantz, executive director of the Energy and Policy Institute.

As things stand, there is even more controversy surrounding Amendment 1 than ever before. Despite the Electrical Workers Union recently displaying support for the Amendment, it is unclear which way voting will go on 8 November. What is evident, however, is that the Amendment could go down “as one of the biggest, most fraudulent ballots that has ever been put before Florida voters,” according to Smith.

6 June 2023
Join us in Napa to unlock the key to reliable PV module supply to the U.S. market in 2023 & 2024. We'll also be gathering the main players in the US solar market for some wine tasting!
florida, legislation, ownership, solar, tax, us, usa, utilities