Duke Energy to double renewables capacity to 16GW by 2025 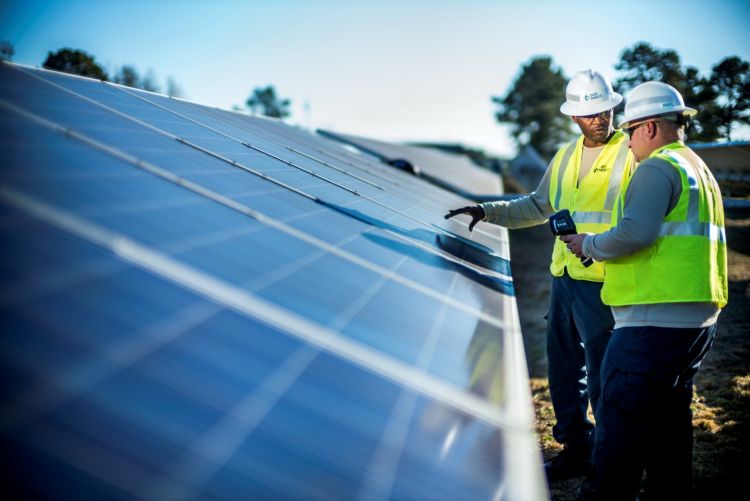 US-based utility Duke Energy intends to double its renewables capacity to 16GW in the next five years.

With a current capacity of just over 8GW, yesterday Duke laid out ambitious plans to double that capacity to 16GW by 2025 as it continues to target net zero status by 2050.

Last year the utility reduced its carbon emissions by a further 8%, adding up to a total reduction of 39% compared to 2005 levels. But if Duke is to reach its net zero target, the company will have to combine a raft of coal-fired retirements with new renewables capacity, comprising solar, wind and biomass generation.

Duke Energy’s 2020 Climate Report states that by increasing its renewables generation capacity to 16GW by 2025, renewables’ share of Duke’s total output would increase from 12% to 20%. Duke would still need to maintain existing gas and nuclear power plants to preserve “reliability and affordability”, the company said.

While Duke has provided no specific technology breakdown for the additional 8GW, solar has played a critical role in its decarbonisation plans to date. Having surpassed 1GW of owned solar capacity last June, Duke has since snapped up around 400MW of capacity in Texas from 8minute and Canadian Solar subsidiary Recurrent Energy while also landing approval for a 194MW pipeline of projects in Florida.

Solar too will be Duke’s cheapest renewable option at a forecasted CapEx cost of US$900/kW, according to the company, compared to in excess of US$2,000/kW for wind.

And storage also looks set to play a critical role in Duke’s operations. The aforementioned report argues that to enable necessary coal phase-outs and proliferation of renewables, as much as 15GW of four-, six- and eight-hour duration storage will be needed by the company. Duke has highlighted that the main hurdles to achieving this will be regulatory and other red tape such as planning permits, rather than any technology or cost-related barriers.

“Our commitment to ESG has delivered strong results for our customers and our shareholders – and we're focused on maintaining this level of performance and transparency as we work to achieve net-zero carbon emissions by 2050,” she said.

6 June 2023
Join us in Napa to unlock the key to reliable PV module supply to the U.S. market in 2023 & 2024. We'll also be gathering the main players in the US solar market for some wine tasting!
decarbonisation, duke energy, net zero, north america, regulated utility, renewables, solar, storage, us, usa