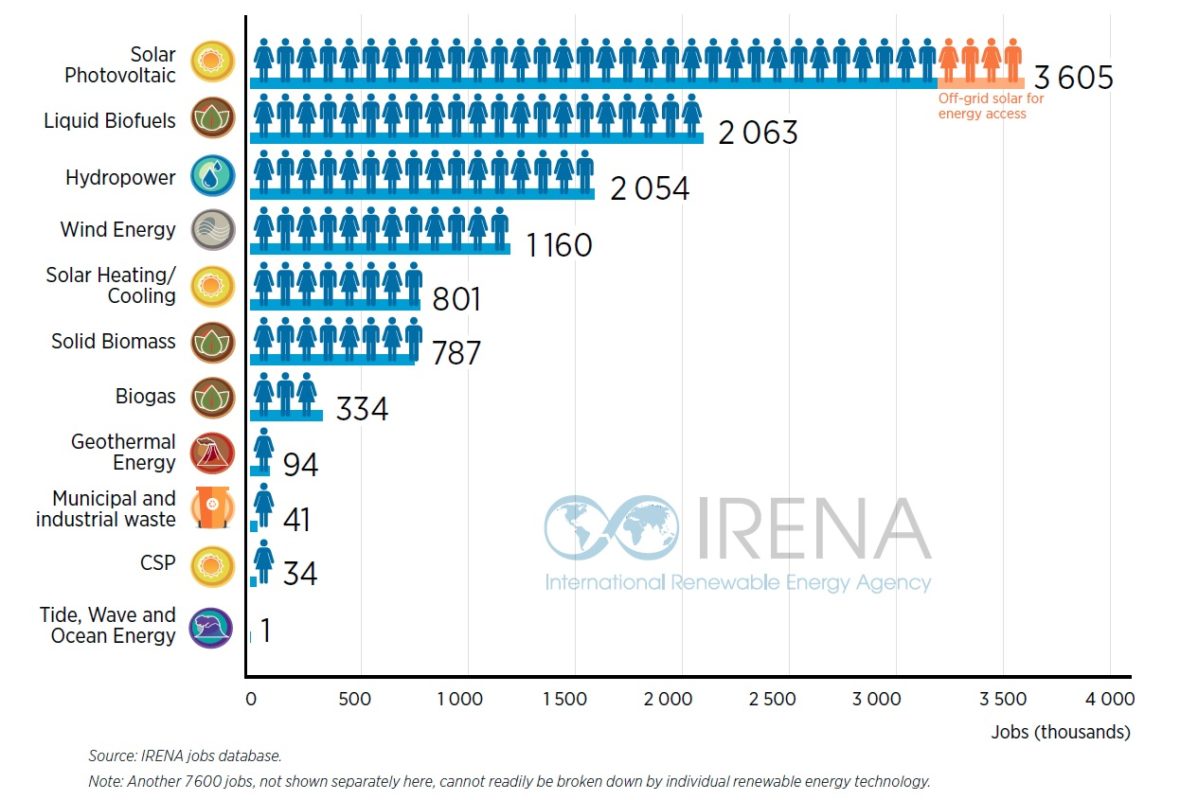 China, the US and other leading solar markets remained top employers last year but shed jobs even as their emerging counterparts saw gains, according to the International Renewable Energy Agency (IRENA).

The agency’s update shows PV remained in 2018 the world’s top renewable employer for the third year running, with 3.6 million of all 11 million jobs in clean energy last year.

According to the figures, Asia (including Turkey) was home to nine-in-ten global solar jobs, with China alone nearing 2.2 million. Japan and the US ranked second and third, with workforces peaking 200,000 across each.

However, the three countries’ dominance did not stop them from losing PV jobs between 2017 and 2018. The EU too witnessed a contraction, with headcount shrinking to 96,000 last year.

By contrast, Brazil, India and Southeast Asia all saw a PV workforce boost last year, IRENA said. The Latin American state in particular was home to 15,600 jobs and could double the figure in the future thanks to a budding PV pipeline, the agency noted.

Off-grid solar’s time under the sun

The findings of a job slowdown in China – following subsidy and roll-out cuts last year – have not prevented the country’s manufacturers from vastly outcompeting European peers, stung by the scrapping of import tariffs to Chinese panels.

As IRENA pointed out, Beijing’s success with exports saw it run last year a solar PV net trade surplus of over €6 billion (US$6.7 billion). Germany too exported more than it imported – although the gap was minimal – while deficits in India and the US neared €2 billion (US$2.25 billion) and €8 billion (US$9 billion), respectively.

According to IRENA, China’s dominance extended to solar heating and cooling, where it held a 70% global employment share last year. The US, Turkey, Germany, Brazil, India and Australia were the other hotspots of the segment, home to 800,000-plus jobs last year.

IRENA shared a bullish outlook on off-grid solar’s prospects, noting that a wave of public schemes could see worldwide jobs treble between 2018 (around 400,000) and 2022 (over 1.2 million).