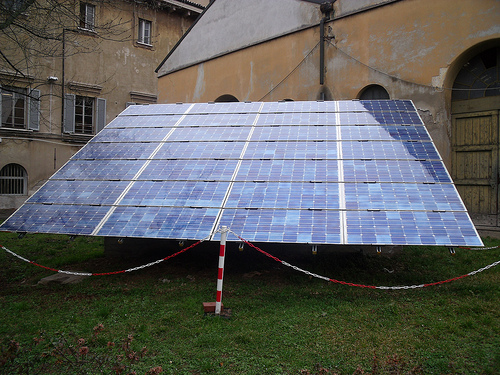 Renewables developer ERG has secured control of two PV projects through an M&A play, reportedly becoming one of Italy’s five top PV names in the process.

The acquisition of a 78.5% stake in Perseo, full owner of the company Andromeda PV, has seen ERG add the Montalto di Castro PV projects (Lazio region), representing a combined 51.4MW in installed capacity.

In operation since Q4 2010, the projects were developed by Andromeda PV in the late 2000s, when it remained a wholly-owned subsidiary of SunPower.

The plants were gradually built at a site northwest of Rome, with a first 20MW batch connected to the grid in late 2009. US-based integrated solar firm SunPower, which equipped both installations, announced in late 2010 that the projects would be financed with a €200 million loan from BNP Paribas and Société Générale.

According to ERG, the Montalto di Castro PV duo generated 95.9GWh in output and €31 million in EBITDA in 2017. The projects are entitled to public subsidies all the way to 2030 under the second round of Italy’s feed-in-tariff programme.

Worth some €221m in enterprise value, the deal marks the sale of Perseo by previous owner and investment fund Soles Montalto; the seller will remain a minority shareholder going forward, however.

Last August, the firm strengthened its PV foothold through a partnership with renewable fund Quercus Assets Selection. At the time, the firms created a joint public limited company that would help consolidate Italy’s PV market by acquiring projects below the 1MW mark, looking to build a 150MW portfolio by 2021.