Esdec looks for partners as it expands distribution across Europe 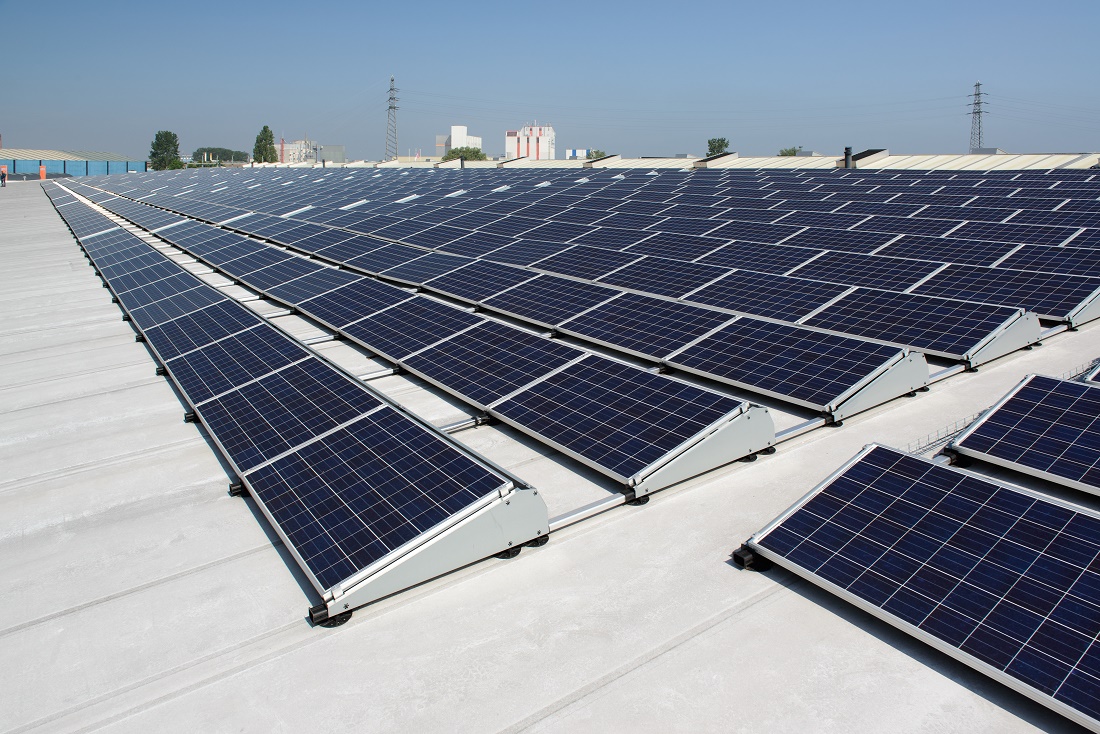 SPONSORED: If you want something done properly, do it yourself. It’s possible that that might just be the motto of Dutch racking designer and manufacturer Esdec.

Originally formed as a solar installation company in 2004, the company’s engineers grew tired of working with the available systems on the market, which they felt was slowing down each job. Rather than continue complaining about it, they took the slightly more radical option and designed their own.

“The result was that we could now do two installations in a day instead of one,” says Stijn Vos, managing director of Esdec. “Other installers then started approaching us saying they had heard that we were using a very smart mounting system and asking where could they buy it? We started to put it in the market via some distributers and after a couple of years we decided to stop doing installs and focus exclusively on the manufacturing of the racking.

“I think that experience as installers really helps because it means we really know what is going on up there on the roof. There is a lot of practical experience embedded in the company,” adds Vos.

“The timing is right,” explains Christian Bongartz, Esdec’s head of business development in Europe. “Module prices continue to fall. When I started working in this business modules cost around €4 per Watt. Nobody was as interested in the mounting or the installation time because it was not a major contributor to the total cost. Now modules are more like €0.50 per Watt and the mounting and the installation time are becoming very important parts of the cost structure,” he says.

“In mature markets, like Germany, people will scrutinise every half Euro cent that is spent on a system. So the time is right for an innovator that can reduce those costs. The market is ready for a new supplier with a new system that can continue bringing down the cost for the installer,” Bongartz adds.

The dynamics of many of these mature markets are also shifting as the economics of PV, even without generous feed-in tariffs stack up for large rooftop systems.

“Many major utility-scale solar markets are switching to distributed generation, which is ideal for us as a supplier of innovative high quality mounting systems for flat roofs, that is exactly what the market for commercial self-consumption systems requires. We are closing that gap,” says Bongartz.

In addition to these larger markets, Esdec is also in the process of gaining certification for several smaller targets.

“Places like Sweden, Finland, Poland, Czech Republic, Ukraine, they are starting from a low volume but with large increases anticipated and this is where we are going to enter the market,” he says.

“The classical approach would be to chase the largest market volumes but we are looking instead at the markets with the most growth potential. Customers in those markets are more open to new products and are less focussed on the existing suppliers.” 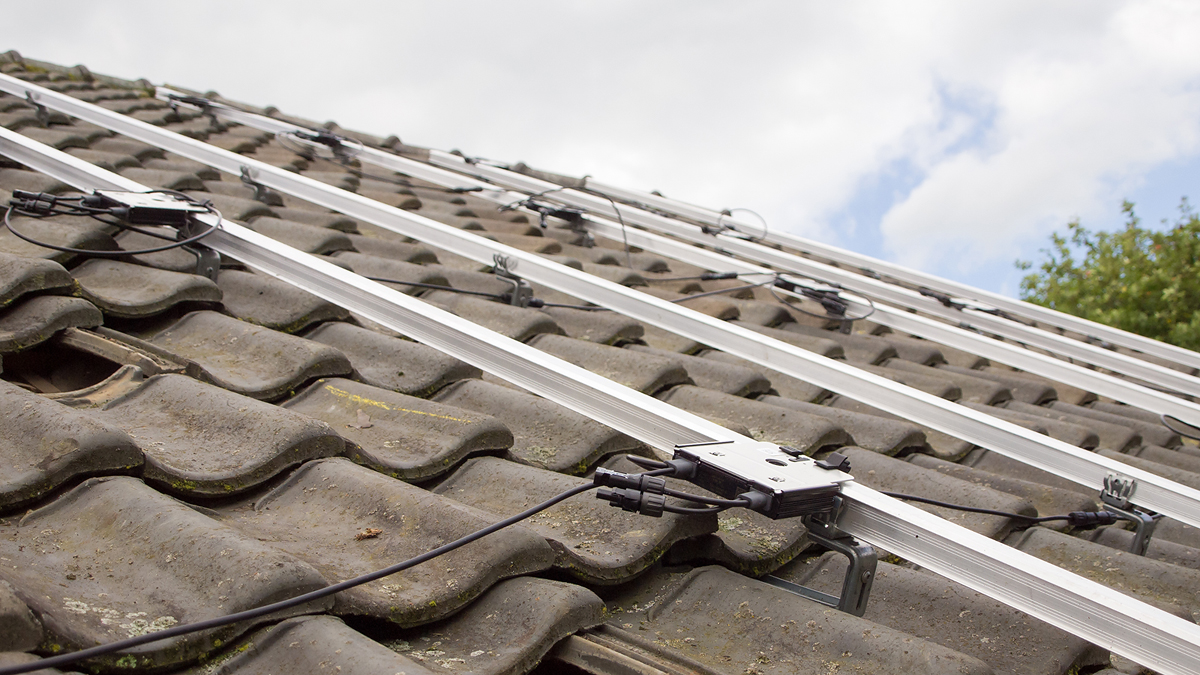 Vos and Bongartz are quite relaxed and calmly confident when they discuss the firm’s prospects. With excellent customer relationships and a beefed up version of its already over-achieving sales support, it’s easy to see why.

“We have never had a customer make one order, and then not repeat. This is good feedback in the product. As for the feedback on installation times, we're looking at around 30% quicker than any other product in the European market. The mounting represents about 10%[HC1]  of the total cost for the installation of the DC part of the system. We’ve had installers tell us they were able to mount the systems even without reading the manual,” says Bongartz.

This is something he has witnessed himself when he travelled to Portugal to the site of a supermarket rooftop install. The system had been pre-designed using Esdec’s online calculators and tools, which include costings, building plans and the ballast layout. “As with many projects, the reality has nothing to do with the theory. Some redesign was required to account for some obstacles on the roof that had not been drawn into the plan. We called head office in the Netherlands and within 30 minutes we had a modified design and new ballast plan to use and the installers were able to continue the work without any interruption,” says Bongartz.

“I think this shows the importance of having highly qualified people in the head office that are able to do these things and react within record time,” he adds. 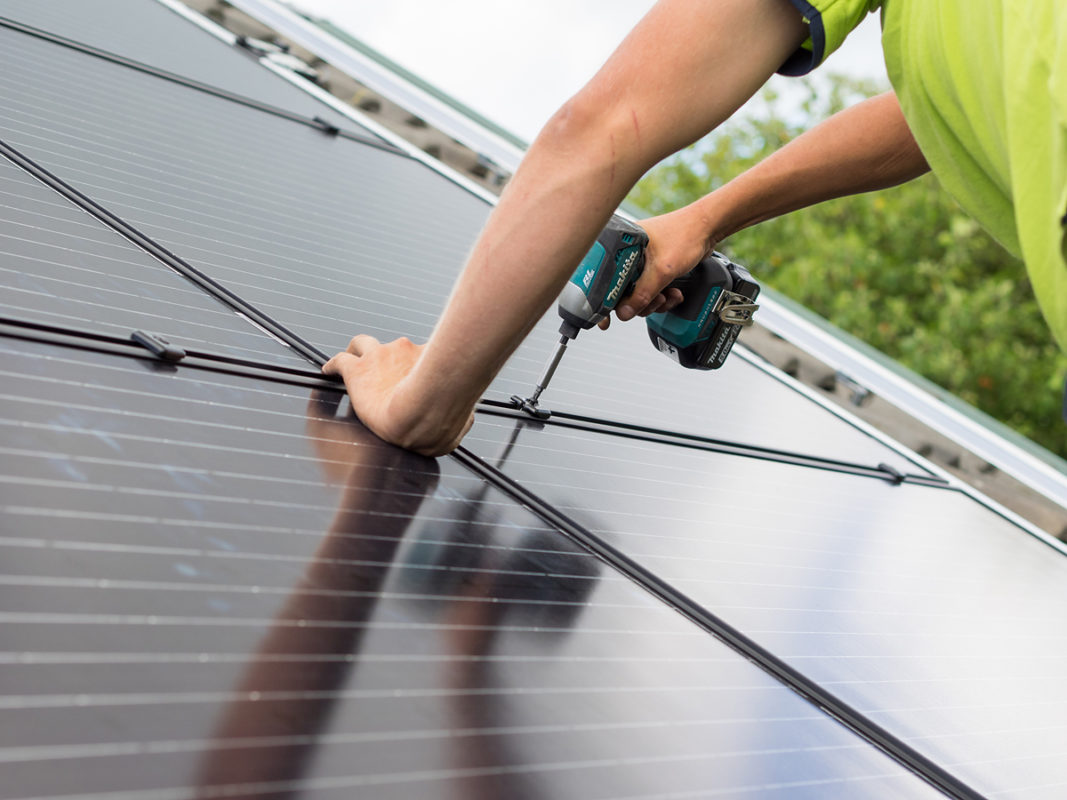 In addition to making life better for installers, Esdec also looks to make things more straightforward for distributors too by limiting the number of different individual components that they have to carry.

Esdec has also has a very clear idea of what they can offer to distribution partners and what kind of partners they will ideally be.

“We’ll be looking for distributors that do not have their own mounting system, that are open to new business such as working with utilities, and that have very good knowledge of their local market and really understand the needs of their installers. It doesn't have to be the biggest, but it has to be the smartest,” says Bongartz. “We want them to see the value in stocking an innovative product that makes them unique. We’re sure that when someone tries us he will repeat so this is not a risk for them.”

Vos is extremely proud of the innovations mentioned by Bongartz that ultimately link back to the company’s origins and the main objective of designing its own system in the first place.

“The feedback from customers at Intersolar was that on price, we are at a similar point as others but on installation time, we are way faster. As a ballpark figure you can do six modules per man-hour installed on a FlatFix Fusion system, including cabling. That’s really good and that’s the core value of the product. Quality and quick installation times,” says Vos.

As for the company motto, Vos uses one expression that might be a better fit.

Want to become an Esdec distributor? Please contact them at info@esdec.com or call +31857607220

27 June 2023
Join us in London for 2 days as we look at the UK’s new landscape for utility & rooftop solar. Understand the new opportunities within this GW-plus annual market!
balance of systems, distribution, esdec, europe, mounting, netherlands, racking, rooftop solar