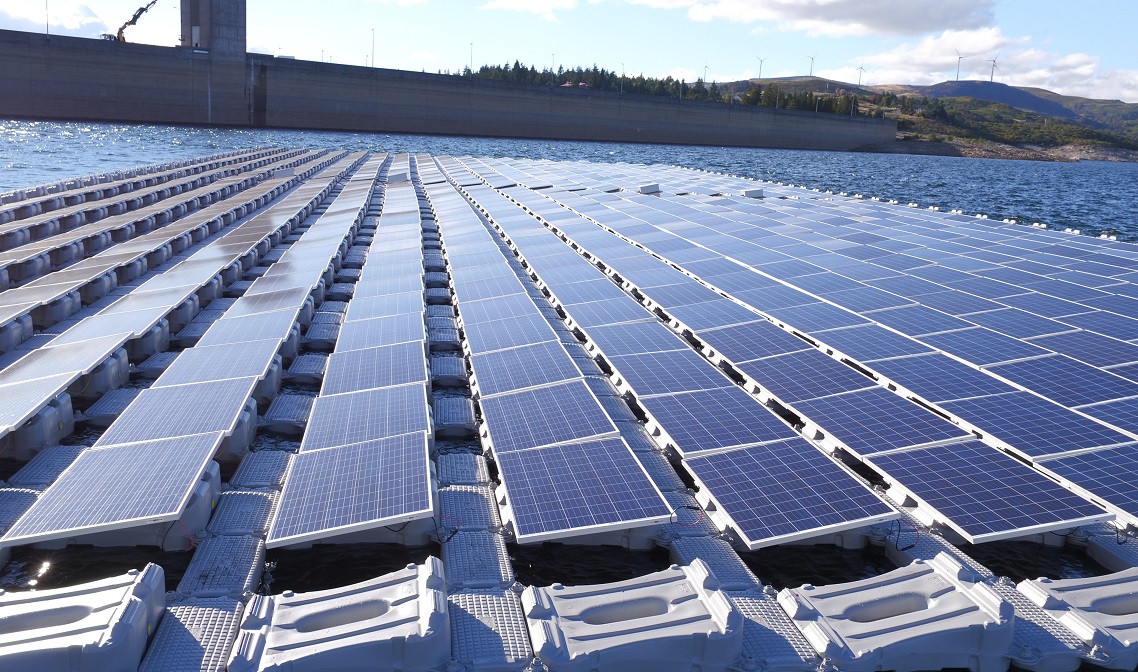 Lots for PV projects on dams and beside motorways are set to be included in Portugal’s third solar tender, the country’s state secretary for energy, João Galamba, has said.

Speaking at the Large Scale Solar Europe Virtual Summit, organised by PV Tech publisher Solar Media, Galamba announced that the Portuguese government is preparing an auction for “non-conventional” surfaces next year as the country looks to ramp up its installed PV capacity to reach 9GW by 2030.

Studies are underway to assess the potential capacity and area for installing floating solar parks at reservoirs beside dams, while the government is meeting with Portuguese motorway companies to explore the addition of projects alongside highways.

The reasoning behind the new model, according to Galamba, is that Portugal’s green energy objectives – which include a goal of at least 80% or more renewables in the country’s system by 2030 – will be “quite demanding in terms of land availability”, despite the amount of free space in the south. “We want to explore other possibilities of unused and cheaper surfaces that can be that be used to instal solar PV,” he said.

The new system is also set to reduce potential land availability risks that could have been an issue in previous solar tenders, with developers tasked with finding suitable sites. “If we move to these sorts of auctions with non-conventional surfaces, land and surface will be different, because they will be predesignated, and not something for the promoter to find, rent or buy,” Galamba added.

These proposals follow Portugal’s two previous solar auctions – one in 2019 in which 1,292MW was awarded and another this year which allocated 670MW – both of which concluded with record-low prices.

With the lowest bid at last year’s PV tender coming in at €14.76/MWh, Galamba said questions have since been raised about whether the results “were too good, whether the prices were too low and whether the projects were feasible”. However, he revealed that all projects that won batches are going ahead as planned, with the batch that saw the lowest price ready to start construction in the first quarter of 2021 as it nears the end of the licensing stage.

“The success of an auction, of course, is not the end of the auctioning stage, but when all the projects that won are built; that's what we consider success and the good news is that it looks like we are heading that way,” said Galamba.

The main difference between the two previous auctions was the introduction of a storage component this year, with eight of the 12 batches awarded to solar-plus-storage projects. The record low bid was €11.14/MWh for a 10MW lot.

“For us, the great result of this year's auction was the storage option. It surprised us quite a lot the results because we started with a reference price of around €33,000 per megawatt,” Galamba said. While the system was willing to pay the promoters of these projects, the auctioning was so competitive that the opposite took place. “Instead of the system paying a fixed price to projects with storage, it is projects with storage that not only will insure the system against price spikes, but it will also pay a fixed amount per year to the system.”

In a move to ensure a speedy licensing process, Portugal has set up a dedicated task force for each auction and is working to further improve procedures. Galamba said: “We want to ensure that Portugal has the resources but mainly has the conditions to become a very attractive country for everyone that wants to invest in renewables and particularly in solar.”

Solar Media's Large Scale Solar Europe Virtual Summit continues this week, with content taking place virtually over the course of Wednesday and Thursday. All sessions are to remain available on demand throughout the week, and the event's networking opportunities will also remain accessible. For more details on how to attend and participate, click here.