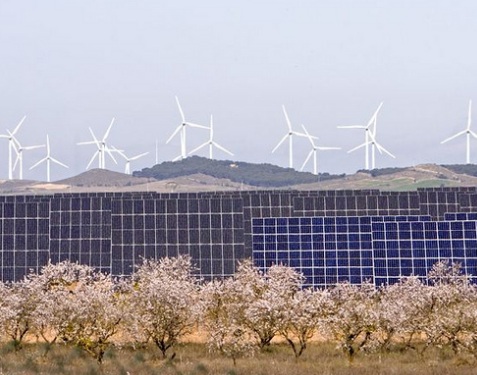 Players key to Spain’s 2019 solar scene including Acciona, Solaria and Audax coincided this week in reporting a jump of profitability last year.

The profitability boost came in a year of steady growth for Acciona’s solar portfolio. Where the Spanish utility giant owned 980MW of installed PV by the end of 2018, it counted 1.138GW one year later. Year on year, the power produced by its PV plants went from 701GWh to 1.5Twh.

As already outlined by quarterly results this year, Acciona has for now mostly avoided its home market of Spain as it grew its PV portfolio. The firm's core solar markets to date include Portugal (46MW), Ukraine (100MW), South Africa (94MW) and Egypt (186MW).

Latin America remains, however, Acciona’s top solar destination by far. The utility giant owns a 405MW solar complex in Mexico – the Puerto Escondido project, in the Sonora State – and a further 308MW solar fleet in Chile, where it recently inked a deal to supply major salt producer K+S.

Last year proved bountiful also for Solaria Energía y Medio Ambiente, a firm with ambitions to become Spain’s top solar IPP. In results out Friday, the Madrid-based player reported €23.9 million (US$26.2 million) in positive net income for 2019, a 12% gain on the 2018 figures.

The firm – founded in 2002 as a PV manufacturer but a pure-play developer since the 2010s – said this week it ended 2019 with 360MW in operational PV projects. Following this year’s signing of PPAs with offtakers Alpiq and Statkraft, the firm has reached 855MW of contracted PV power.

The 2019 milestones come as Solaria works on a plan to amass the largest solar IPP portfolio in Spain over the next four years, with a view to hitting the 3.325GW mark by late 2023. The firm boasted last year of its 6.6GW project pipeline, supposedly developed solely through internal work.

Last year, Solaria walked PV Tech through the PPA and component supplier choices it will make to reach its target, which will require deploying 650MW of PV every year. David Guengant, head of investor relations, said the firm will focus on smaller projects and cost efficiencies.

“Our goal is to be a low-cost solar player, to build for €500,000/MW where others offer €800,000/MW,” Guengant said. “We think it’s important to keep costs in check because we don’t know how energy prices will evolve in the future – it’s good to be prepared in case they decline.”

The firm, whose business model revolves around the sale of green energy to businesses, was initially a wind-focused player. Over 2019, however, it staged a strategic shift to solar, telling PV Tech it had been swayed by the subsidy-free potential in Spain, Portugal and Italy.

The PV refocusing saw Audax become the offtaker of some of the largest solar PPAs seen in Iberia last year, including deals with WElink, Trina Solar and Statkraft. All in all, the firm claims now to have closed agreements for 1.9TWh of PV power throughout 2019.

By 2022, Audax hopes to have grown to supply 15TWh across all forms of green power, passing the €100 million (US$109 million) EBITDA mark in the process. The contracting of supply from third parties sits alongside Audax’s own portfolio of PV, currently reaching 320MW.

Audax’s bullish financial performance last year was already apparent in mid-2019. In an interim update released last September, the firm claimed to have experienced the “best first semester” of its entire history, with half-year EBITDA doubling year on year.