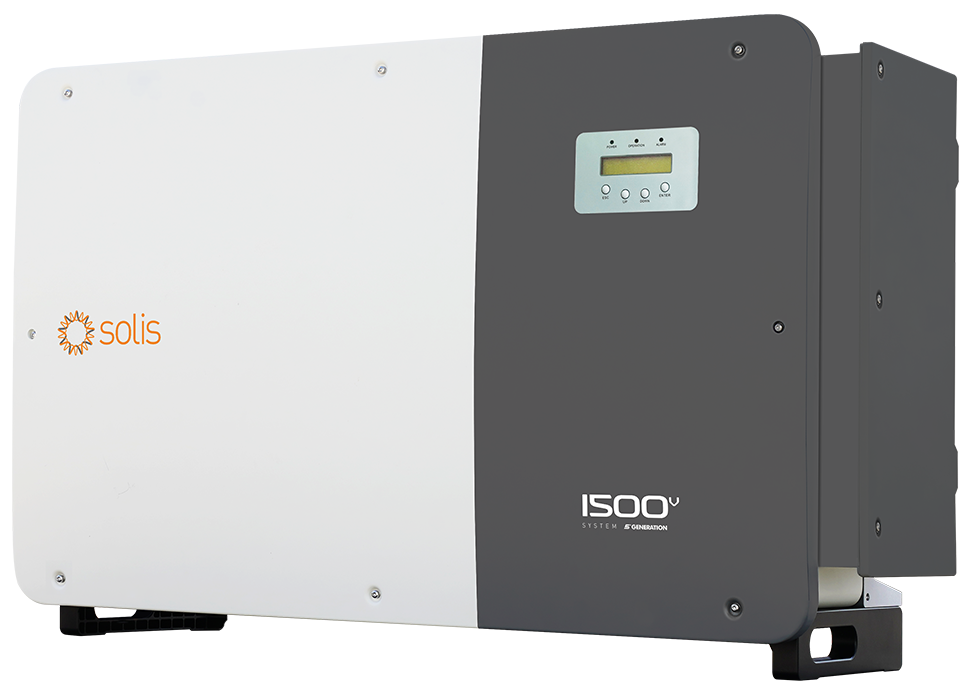 On the back of a positive period for Ginlong Solis, the A-listed inverter manufacturer is aiming to capitalise on a new era of solar typified by continued growth of decentralised PV and grid-parity projects.

Ginlong Solis’ ultra-high voltage Solis-255k-EHV string inverter made its debut on 17 July 2020 and is the highest output inverter launched by the company to date. The 12 MPPTs design of the product can support >200% DC/AC ratio to achieve a maximum conversion efficiency of 99%. By virtue of its fuse free design, the new product’s protection grade can reach IP66, to provide intelligent monitoring and better support in weak grids. DC energy storage access is also reserved to accommodate possible storage systems.

“Following the market lead, we’ve been focusing on our technology advantages to advance the industry,” said Yiming Wang, Ginlong Solis’ president. “We hope to take this new product launch as an opportunity for further cooperation with companies engaged in global PV investment and development and, with each product upgrade, to create a more reliable and efficient experience for our customers.”

Progress in the inverter industry is intertwined with technology innovation. As the first string inverter player in Asia certified under UL1741, Ginlong Solis has been moving forward based on its capabilities in innovation and R&D.

Ginlong Solis released its H1 2020 figures at the beginning of July. H1 net profit is estimated to be in the region of 105-130 million yuan (US$15 million – 18.5 million), between a 238% and 319% increase year-on-year and this, together with the company’s revenue growth rate, is much higher than the industry average.

“Growing at a rapid pace, Ginlong Solis is very competitive in both price and cost thanks to its quick product upgrades and the adoption of new technologies,” said renewables brokerage Soochow Securities’ analyst team.

Ginlong Solis disclosed expansion plans in June, aiming to raise 725 million yuan (US$103.5 million) to be invested in upgrades adding 400,000 units of grid-connected string and storage inverters to its annual capacity. Rough estimates point to an annual capacity of 700,000 units when the portfolio is commissioned.

The global industry was disrupted to varying degrees in H1 2020 by the COVID-19 pandemic, and the domestic PV industry was no exception. Ginlong Solis has achieved steady growth over recent years, with the company’s outbound strategy seeing its overseas sales exceed 60% of the overall total. Its focus on smaller installations has earned it a high premium advantage.

Ginlong Solis has been quick to launch its latest product to follow the industrial shift towards large and high-power modules.

The recently established Open Alliance for 600W+ PV Ecological Innovation pointed to the direction of the future of the PV industry being ultra-high efficiency modules with outputs of 600W and above, alongside integrated system platforms for new technology. Prior to the set-up of the alliance, seven PV companies had issued a joint initiative calling for a unified wafer size standard of M10.

No matter which technology route reigns, wafers will undoubtedly become larger, as has been the case with the semiconductor industry. The rising module output requires a corresponding increase in voltage and current, and inverter manufacturers need to carry out research into compatible products.

“The maximum input current for an ultra-high string inverter can be increased to 15A to accommodate the 210mm module above 500W and the higher 182mm module. It is an ideal choice for high-power and bifacial modules,” said Ting Hua, senior product manager at Ginlong Solis.

Since the beginning of this year, mainstream inverter manufacturers such as Huawei and TBEA have also launched their 1500V high-power string inverters in quick succession. High output, over-load ratio, over-generation, improved appearance, higher safety protection grades and intelligent O&M are turning out to be the mainstream trends for inverters.

Decentralised solar has been widely adopted in major overseas markets such as Europe, Australia and the United States as the primary mode of PV generation. BNEF data estimates that new PV installations around the world will reach 205GW by 2025, of which 64GW will be attributed to decentralized PV projects (31.2%). The continuous progress of the distributed PV market and the rising share of string inverters has helped foster a more favourable market environment.

According to the CPIA, shipments of string inverters exceeded those of centralized inverters for the first time in 2017, and string inverters have continued with their progress, taking up the largest proportion, at 59.04%, of the inverter market in 2019.

The cost of string inverters, which is reduced by the improved flexibility enabled by the MPPT tracking function, is becoming close to that of centralised inverters. By virtue of the increasing output of a single inverter, the introduction of new high-power models and continuous technology innovations, the string inverter will become more and more common in large ground-mount plants.

“With the advent of grid-parity, the string inverter will dominate the market due to its plummeting costs. The string inverter can effectively prevent mismatching losses, and it is predicted that its dominance will not change for five years,” commented Jibin Wang, a researcher at TF Securities.

The overall PV system cost in 2020 is 40-50% lower than that in the same period last year, while system conversion efficiency has increased by nearly 10%. The lowering cost and rising efficiency are accelerating the pace of PV grid parity.

“2020 is the last year of PV subsidy allocation [in China] and we are about to hit the ‘last mile’ to grid parity. Ginlong Solis' 1500V inverter will play an important role in reducing LCOE and improving system generation efficiency. It is believed that, in the near future, we will see Ginlong Solis inverters installed in grid-parity plants,” concluded Bohua Wang, vice president and secretary-general of the China PV industry association.

SolarEdge plans public offering as it hints at possible M&A

March 17, 2022
SolarEdge Technologies is planning to carry out a public offering of 2 million shares of its common stock, with proceeds to potentially fund acquisitions.