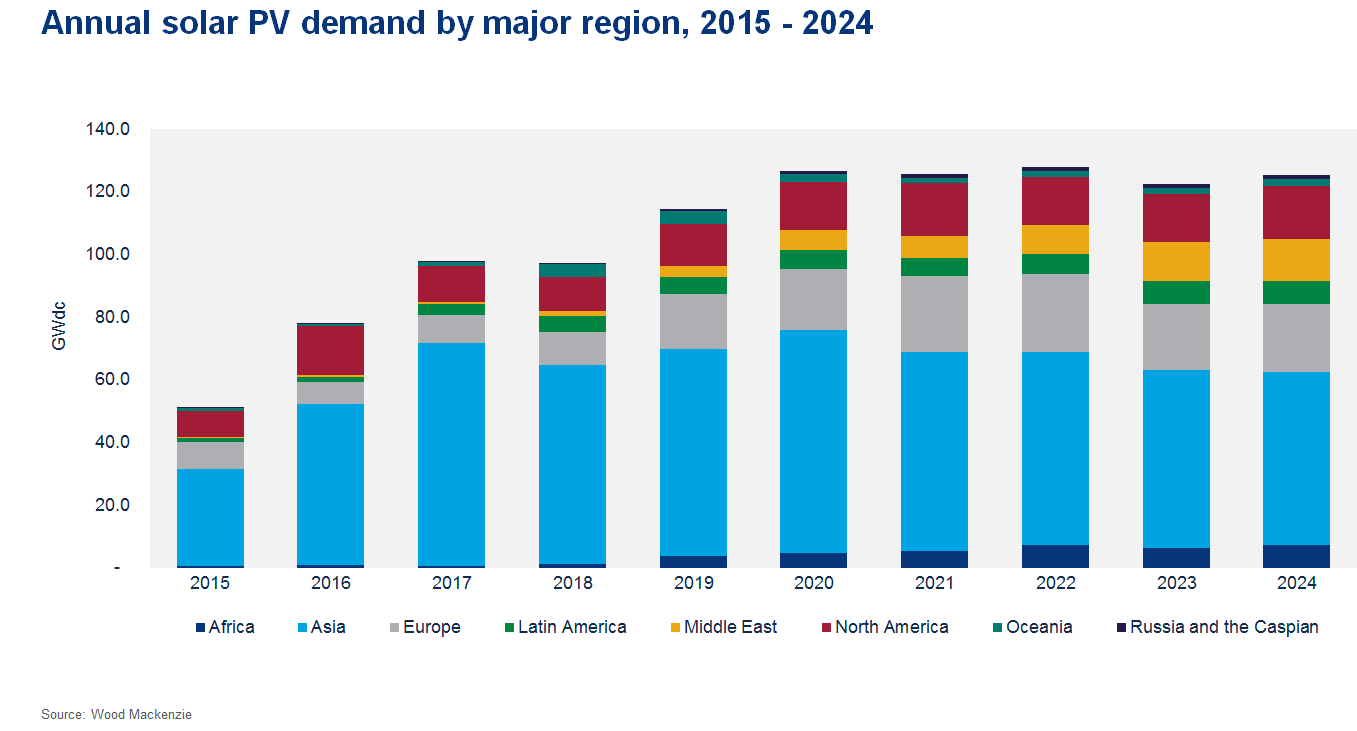 The solar industry is to notch up another year of stellar installations by rolling out the largest annual volumes seen in history, Wood Mackenzie Power & Renewables has predicted.

The continued global momentum will come despite expectations of a gradual installation slump in China, Wood Mackenzie senior research analyst Tom Heggarty said in a statement.

According to him, the move from feed-in tariffs to more competitive PV procurement will see the Asian state add a “more sustainable” 30-40GW per year, down from its 53GW peak in 2017.

Wood Mackenzie expects global solar to again smash its own roll-out records in 2020, installing 126.7GW. Worldwide additions will flatline around that figure between that year and 2024, however.

Asian solar PV, the firm found, will hit a 71.1GW addition peak in 2020 but then decline to 55-63GW values in the following four years.

For their part, Africa, Latin America and the Middle East will record relatively uninterrupted growth between 2019 and 2024, hitting respective sizes of 7.3GW, 7.3GW and 13.5GW in the latter year.

The new faces at the top of global PV

The list of top markets – understood as those installing 1-5GW a year – will significantly grow from its few members of 2018: Germany, South Korea, Turkey, Netherlands, Mexico, Brazil and Australia.

Wood Mackenzie’s singled out some of its current country highlights. Brazil’s price-smashing auctions come at a time of demand from large consumers, while Saudi Arabia’s upcoming 1.5GW tender will be “extremely competitive”, the firm said.