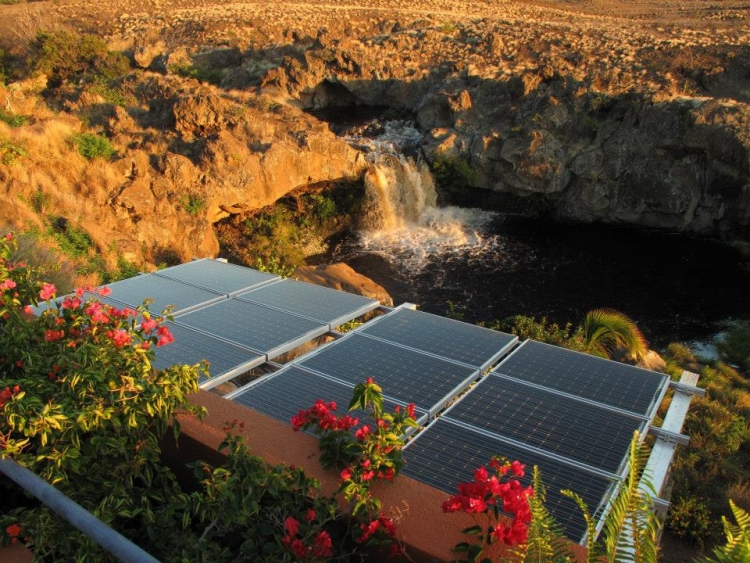 A new plan submitted to the regulator from Hawaii’s main utility HECO shows how the state can continue to steer a course to meet its ambitious “100% renewable energy-powered” target.

From reaching 23% renewable energy in 2015, Hawaii is looking to completely switch to renewable sources by 2045. HECO and its subsidiaries Hawaiian Electric, Maui Electric, and Hawaii Electric Light Company submitted its latest 30-year plan to the Hawaiian Public Utilities’ Commission (PUC) last week, outlining how it believes this could be done. The plan still requires approval by the PUC, while the overall three decades-long scope will be revisited every half-decade.

Suggested measures in this Power Supply Improvement Programme include the creation of smart grids, better demand side measures, continuing to support rooftop solar and favouring liquid natural gas (LNG) as a cleaner fuel than diesel and other petroleum products commonly relied upon by islanders. The plan also called for some 350MW of requests for proposals (RfPs) for new renewables capacity to be developed through a competitive process by 2022.

The electricity companies also want to see circuit level improvements on all of Hawaii’s islands to accommodate more renewables and for more energy storage to be deployed at utility-scale and linked with rooftop PV while supporting innovation and tech trials involving storage. More community solar programmes, a growing favourite topic for utilities in the US at present, was also called for.

Is Hawaii a ‘test bed’ for US solar?

Often cited as the US state thought to host the most installed PV capacity per head, Hawaii is sometimes referred to as a “test bed” for how larger regions might cope with rising levels of renewables penetration onto the grid. Net metering policy was suspended for new customers on the islands in October. What is thought to be the first distributed resources trade association group in the US was formed in the state towards the end of last year by companies including micro-inverter maker Enphase and “intelligent” commercial storage provider Stem.

In an interview for PV Tech's sister site Energy Storage News, Stem’s VP for Hawaii, Tad Glauthier, explained many of the ways in which Hawaii could be described as a forerunner in distributed PV, the lessons the rest of the US and the rest of the world could learn from it – and what lessons may not be as easily transferable elsewhere.

However the near-term future could be uncertain for Hawaii’s power sector. The Hawaiian Electric group of companies is in negotiations to sell a significant stake in its equity to NextEra Energy, which has been a controversial proposal for many consumers and industry observers.

6 June 2023
Join us in Napa to unlock the key to reliable PV module supply to the U.S. market in 2023 & 2024. We'll also be gathering the main players in the US solar market for some wine tasting!
distribued resource plans, distributed resources, hawaii, net metering, regulatory, regulatory issues, smart grid, solar-plus-storage, us, usa