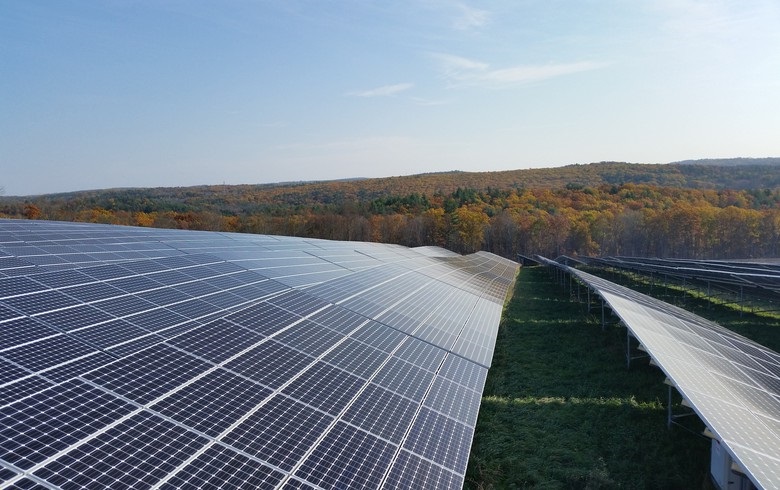 US home improvement company Lowe’s plans to procure renewable energy from a solar project for the first time after securing a deal with developer Swift Current Energy.

The retailer has signed a 12-year power purchase agreement for 250MW of electricity per year from the Black Diamond Solar park in Illinois. Currently under construction by Swift Current, the project will feature more than 1 million solar panels and have a total capacity of 593MW.

The installation is expected to go online by the summer of 2023, and Lowe’s said the firm's first year of energy purchases from the plant will generate 535,000MWh of electricity, while helping it move towards its 2030 goal of reducing its carbon emissions footprint by 40%.

Massachusetts-headquartered Swift Current Energy has developed and commercialised more than 1GW of clean energy projects and has a pipeline of more than 3GW under development, which includes utility-scale PV plants in both Kentucky and Maine.

Lowe’s drive to purchase more renewable energy forms part of a wider trend among US corporations turning to solar to help meet carbon reduction targets. The Renewable Energy Buyers Alliance placed Facebook at the top of its 2019 list of US large energy buyers, with a procurement of 1,546MW. It was followed by Google with 1,107MW and AT&T with 960MW.

According to the Solar Energy Industries Association, businesses are “walking the walk” in terms of clean energy commitments, with the trade association reporting that last year saw the second highest capacity of new US commercial solar installations on record. As well as the proliferation of renewable energy goals among companies, this figure was also achieved thanks to the rapid decline in the price of solar PV.

Last week, Amazon said it has become the world’s largest corporate purchaser of renewable energy thanks to its investment in 26 new utility-scale solar and wind projects globally, bringing the firm’s total renewables capacity to 6.5GW. Founder Jeff Bezos said Amazon is now on target to run on 100% renewable energy by 2025, five years ahead of an earlier target.

14 June 2022
Join us in Napa to unlock the key to reliable PV module supply to the U.S. market in 2022 & 2023. We'll also be gathering the main players in the US solar market for some wine tasting!
corporate offtaker, corporate ppa, illinois, ppa, swift current energy, us