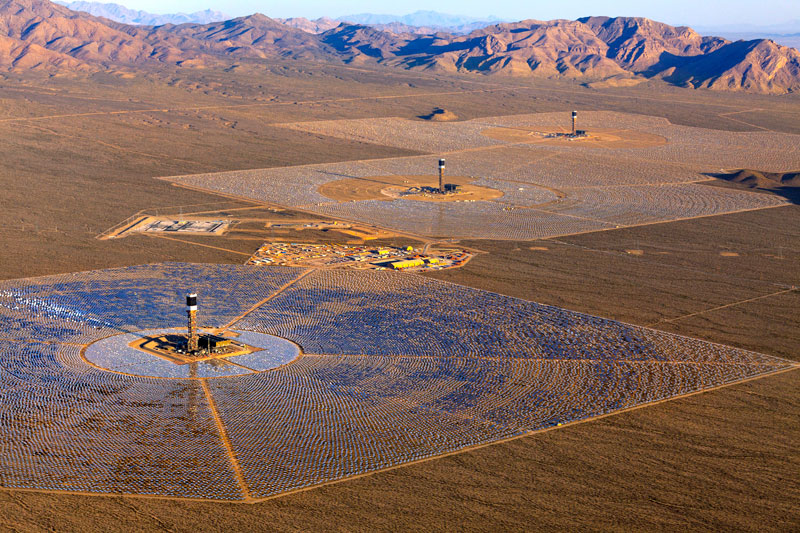 In response to financial and environmental concerns, House Republicans are to review a key tenet of Obama’s energy legislation, specifically the perceived lavish subsidies set aside for utility-scale solar power plants.

The hearing, entitled ‘The status of Ivanpah and other federal loan-guaranteed solar energy projects on bureau of land management lands’, was held on Thursday and was led by Rep. Louis Gohmert, R-Texas and attended by four other representatives. It will “provide an opportunity to discuss the performance of the Obama Administration’s significant taxpayer investments in solar energy projects on public lands managed by BLM,” according to the committee.

A committee memo cites the “tens of billions of dollars” in subsidised by taxpayers for “risky” utility-scale projects on federal land. Evidently the Ivanpah CSP plant on the California-Nevada border, that recently caught fire, will be a central point of review. The memo depicts the plant, worth US$1.6 billion in federal guarantees, as impairing the scenic vista and posing harm to protected wildlife. This refers to the bird mortality caused when they passed through the solar flux. Between October 2014 and August 2015, Ivanpah reported 1,035 avian fatalities. Despite the committee citing this as a legitimate concern, the statistic represents a minimal impact. The plant was also widely criticised for ‘underperforming’ despite findings attributing the poor insolation to variable weather conditions, rather than any technological fault.

Ivanpah is not the only plant under scrutiny – others that are planned to supply energy to California have received loan guarantees to begin construction.

But the embattled CSP plant, owned by Google, NRG Energy and Brightsource, is under fire for the “relatively small amount of power generated compared to established methods”. The committee also argued that the cost of construction of the plant requires a higher cost per kWh for its solar generation to be financially sustainable. It also the consumer that is to shoulder this higher cost of clean energy, according to the committee. Presently, Ivanpah collects between US$0.12 and US$0.25/kWh, which the committee claim is “significantly more” than new solar plants at US$0.005/kWh.

The verdict of the meeting will determine the future of the controversial CSP establishment. The committee has said that if Ivanpah fails to meet its contractual agreements, it may be forced to shut down; as “utilities will have little incentive to continue overcharging customers in order to meet their renewable energy requirements”.

“While the technology may already be irrelevant, [the plant] could still be financially viable due to the 20-year, fixed price power purchase agreements with utilities that are obligated to meet renewable standards,” the memo said. “However, if the terms of the contract are not met and market relevant prices are renegotiated, the viability of the plant is in doubt.”

The hearing will, in any case, continue the debate on whether government subsidies for renewable generation are becoming increasingly unnecessary; given the growth in the efficiency of PV cells and the gradual decline in installation costs.