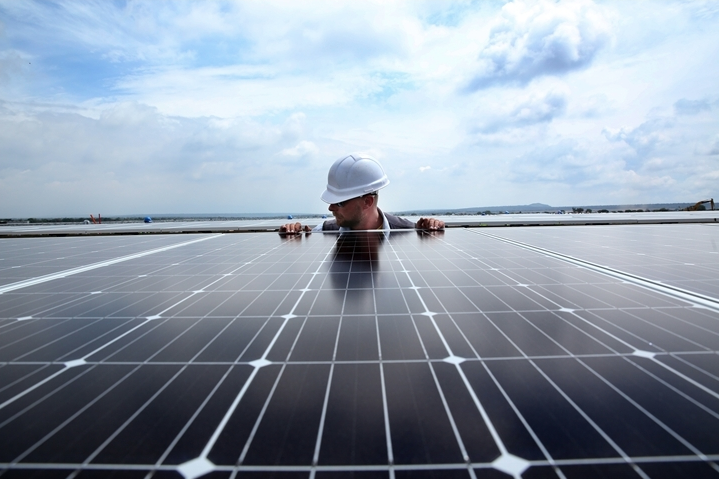 Iberdrola has hit the accelerator on its renewables investments in H1 in spite of the pandemic, as the multinational utility looks to move forward with a project pipeline that now exceeds 58GW.

And that comes despite the ongoing COVID-19 pandemic hitting the utility’s bottom line, costing it some €157 million (US$181 million).

Reporting its H1 2020 performance today, Iberdrola said it had invested a total of €3.58 billion (US$4.14 billion) in the first six months of the year, up 2.3% on the same period in last year’s record-setting investment spree. The company has a well-documented target of investing €10 billion this year, of which a significant majority – some 90% – is being earmarked for renewables and networks.

Iberdrola said it had connected 1,600MW of renewables capacity so far this year and has a further 7,500MW currently under construction. While the majority of this in wind, utility-scale solar projects also form a critical component, especially in its native Spain, where earlier this month the company secured €800 million to drive further deployment.

Spain and the US account for 60% of Iberdrola’s total renewables pipeline which now stands at a sizeable 58GW. Projects elsewhere in Europe – including the UK and Sweden – as well as Brazil add to the total.

And to fulfil that pipeline, Iberdrola said it had advanced orders for some €7 billion worth of equipment in H1 with the intent of ensuring its supply chain staved off the worst of the ongoing pandemic.

Iberdrola noted it had shrugged off the most significant impacts of the pandemic. While H1 operating profit slid marginally year-on-year to €4.91 billion (US$5.68 billion), earnings from the renewables arm grew by 5.3%. It said that once impacts of the pandemic were removed – amounting to some €157 million – the group’s adjusted earnings for H1 stood at €5.07 billion (US$5.87 billion), up 4.2% year-on-year.

Ignacio Galan, chairman at Iberdrola, said the firm was making “firm progress” on its investment commitments, “demonstrating that the way to a rapid and sustained recovery is the green economy”.

Iberdrola has maintained its guidance for the full year, expecting “mid to high single digit” growth, with 4GW of added renewable capacity.