If Trump wants less intervention in the energy market, he just backed the wrong horse 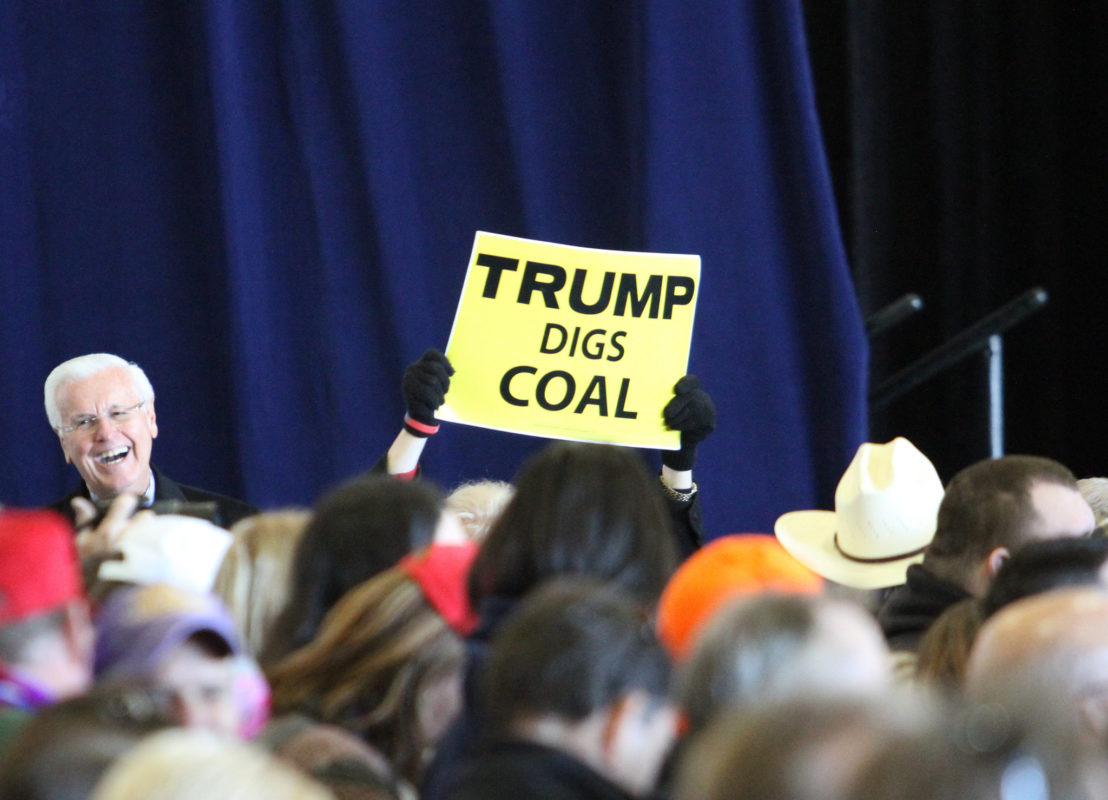 Popular words in Kentucky if you surround yourself with members of the ever-dwindling US coal mining community.

The “war” of course, was not really against coal as much as it was against the special interest groups that sought to prolong it beyond its natural lifespan. A lifespan determined by economics and the loss of appetite for toxic pollutants. I’m not even going to mention climate change.

The other misrepresentation of “the war”, is that this is in some way about intervention versus non-intervention. Coal has had plenty of Federal support over the years and it is disingenuous to present it as a bastion of free market dynamics. I’ll back that up briefly courtesy of Source Watch.

In 2008, on Obama’s watch, US$2 billion of loan guarantees were offered for coal gasification. In 2009 the US government gave a US$2.6 billion loan guarantee for a coal plant with unproven carbon capture technology. Since 1982 subsidised leases for coal producers and utilities mean the US government has foregone US28.9 billion in revenue. The Credit for Production of Nonconventional Fuels is an annual US$14 billion subsidy for shale gas, tar sands, synthetic coal fuels and tricky coal seams. IRC Section 631(c) is a tax break for the sale of coal worth US$986 million a year. The coal industry even gets a US$438 million tax break on the payments it makes to disabled miners that contracted Black Lung (30 U.S.C. 922(c) if you want to look it up).

The Department of Energy itself stated that lower cost natural gas was the main driver of coal’s demise. The draft was even keener on renewables. Ironically, largely because of the success in sourcing new domestic gas resources. A flexible baseload of nuclear and gas with solar and wind chipping away at gas demand has left coal out in the cold.

Environmental regulations have been found to be only a small part of the problem.

Solar meanwhile is still sliding down the cost curve and as it continues to do so, utilities are flocking to it. Energy storage is increasingly adding extra value for utilities and network operators. Often benefits not well understood at a policymaker level. Unsubsidised solar is springing up around the globe, even here in the UK.

In short, solar’s economics are more compelling and utilities around the world are moving away from coal and towards solar. Solar is creating, not losing jobs. It requires less and less subsidy every day while coal requires more and more. Centralised coal is incompatible with modern power infrastructure’s drive towards flexibility and control at a household level. Again, I won’t even mention climate change.

The only short-term spanner in the works would be if the Administration had some tool in its arsenal that could interfere not only with the economics of coal, but also hamstring the economics of solar by, for example, using some kind of protectionist fig leaf to drive up the price of solar modules and stifle supply to a booming market….But that would require yet another abandonment of pragmatism for ideology, surely not? In yet more good news for the coal industry, that appears to be this Administration’s forte.

The war is over but the fight for competitive US energy infrastructure could just be beginning.