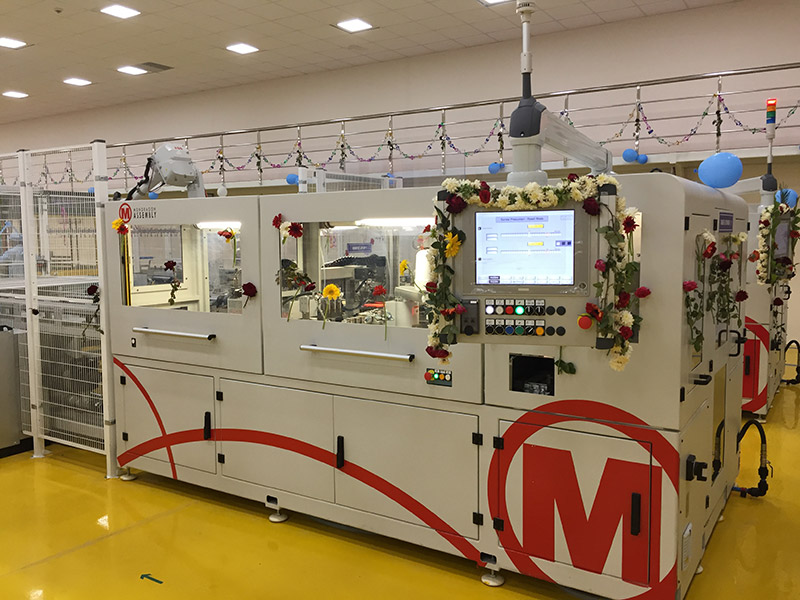 This article explains how important this undertaking is, what needs to be done within India to make this happen, and why it could potentially represent the first meaningful challenge globally to the unstoppable Chinese manufacturing investments that have driven so many companies to bankruptcy outside China in the past decade.

The challenge in protecting domestic cell and module producers

While every country globally would love to be able to have an energy-policy framework that helped stimulate domestic manufacturing, the reality is that only a few countries are in a position to actually do this.

To start with, you need a stable long-term local end-market that investors have confidence in for a minimum of five years, ideally 10-years-plus. Additionally, the demand pipeline for new solar capacity additions needs to be robust, and not lumpy owing to sporadic, high-risk tenders where installations are slow for most of the year and then pick-up in time to qualify for incentives on offer.

If we apply this filter globally in the solar industry, we instantly exclude more than 95% of the countries that make up the 100GW-plus annual demand today.

In fact, the resulting list become a very small one indeed: China, the US, Japan, India, South Korea and Taiwan. Interestingly the latter two have policies that came about after upstream investments and largely exist to give existing domestic module suppliers a baseline of supply that keeps factories running.

Europe comes out the listing of course, because it is a moving-target of countries. No individual country has the scope to provide investors with a 5-10 year risk-free multi-GW pipeline of projects; and then we have the EU-based legislation that governs trade arrangements from a devolved standpoint.

So, in reality, we have only 3 countries that have the scope to put a policy framework in place that could stimulate upstream cell and module production at the multi-GW scale: China, the US and Japan.

Japan has all but given up on propping up domestic manufacturers, with almost all having chosen years ago to follow Japanese-tactics of looking to China and Southeast Asia as partners with low-cost.

The US has spent over a decade trying to unlock domestic supply, and the same could until recently have been said about India.

Why protectionist trade actions have failed so far

Aside from the lack-of-domestic demand that often renders protectionism as irrelevant, other attempt's at protecting domestic cell/module producers have widely been unsuccessful in the PV industry until now.

The most visible efforts have been from the EU and the US. The approach by the EU of targeting mainland China production was basically sidestepped by Southeast Asia expansions and OEM capacity that came online at the multi-GW level. Imposing an MIP was then a bureaucratic exercise and nothing more.

The various US efforts have focused mainly on duties (first China/Taiwan and then everywhere under Section 201), but having decided unilaterally that ‘dumping’ had been in operation, duties on a percentage pro-rata basis were largely set by the overseas seller who could decide the floor price (ex-works ASP) in a somewhat ad-hoc manner. If the current outcome of Section 201 is to have Chinese/Korean companies finance module assembly lines in co-operating states, then it can hardly be seen to support domestic manufacturing. History shows that, as soon as barriers are relaxed, module lines overseas are shuttered very quickly.

As the other major country to be focused on domestic manufacturing protection, India had been struggling for some time to find a workable solution. Despite legacy small allocations under domestic content requirements (DCR), the 2018 imposition of duties on China/Southeast-Asia supply was unlikely to change anything by way of confidence in Indian cell/module production. Again, final market-pricing (with duties applied) is entirely a function of what ex-works ASP is assigned by the seller.

However, as I will explain later in this article, the new legislation around DCR would most likely render SECI’s manufacturing proposal as less impactful, something that would still be an overall positive for the domestic upstream segment within India.

Therefore, until last week, it could largely be said that trade protectionism had been ineffective in the PV industry, with treasuries the only beneficiaries by way of collected import duties. Only South Korea and Taiwan today have carved out domestic demand that exists mainly to help domestic manufacturing that needs a stable pipeline to keep the factories running.

The sub-title here would be a dream-ticket outcome for any country seeking to boost solar manufacturing jobs, but within India, this target surely has most resonance for so many reasons embedded in the Make-in-India narrative, and linked implicitly to India’s quest to be a global technology powerhouse (ultimately exporting and competing with China).

With Japan, Taiwan, South Korea, Europe and the US having come-and-gone in terms of being a competing cell manufacturing competitor to China, could India really deploy local and overseas resources/finance to do what these other countries/regions failed at?

Today, the only ‘competition’ for Chinese cell manufacturing comes from facilities they have financed and control across Malaysia, Thailand and Vietnam. This is a bit like saying you compete with a subsidiary that only exists to avoid trade barriers that come and go at politicians’ whims.

The latest news from India related to its DCR quota, and with the expectation that further announcements will be forthcoming that only add to the current levels, could strongly suggest that from 2020 onwards, 4-5GW of annual cell production is required within India. Note – unlike half-hearted efforts by other countries – the Indian DCR is both cell and module specific. This changes everything now.

Once we get to multi-GW domestic production of cells/modules as part of a long-term 10-20GW annual end-market demand consumption, it becomes clear that India has the scope to claim this #2 cell production position… assuming things come together and it really happens!

Too good to be true: how does 4-5GW annual cell production work within India?

Therefore, given that we are on the verge of there being a risk-free pipeline for up to 4-5GW of cells made locally within India, how does this compare to existing productivity? How much new cell capacity would need to be added? What cell technology needs to come online? How does cell production ramp up by an order of magnitude within 9 months? And where does this all leave the Chinese cell/module supplier that has been rather freely shipping low-end multi-modules into India for the past few years?

These questions form the basis of our upcoming PV IndiaTech 2019 meeting in Delhi on 24-25 April 2019, and much of the discussion and debate during this event will be to answer many of these questions. However, let’s look at them one-by-one here to build up a picture of how likely the 4-5GW of annual cell production is and some of the things that now need to happen.

Regardless of what numbers you may read on the cell capacity levels within India today, the reality is that we have only a small number of cell producers, collectively running lines well below effective (not even nameplate) capacities; of which Adani currently represents about half of capacity/production from its Mundra facility.

To reach the required 4-5GW of annual cell production would demand about 3GW of new cell capacity (assuming non-optimal utilization rates closer to 70% in the first year). Furthermore, much of the existing capacity is p-type multi, and upgrades to these lines would be essential for when the Indian utility segment finally starts to show mono technology growth (2020 onwards).

From a Chinese manufacturer perspective, now is the time to move to action, after years of speculative MOU’s and JV’s that failed to materialize. Indeed, this time around, a more proactive approach is likely to be required, to avoid having to acquire land, build a new factory as an inward investor and deal with all the local India-specific ramp-up issues.

While Chinese companies appear to have no problems setting up offshore manufacturing hubs in countries such as Malaysia, Thailand and Vietnam, doing the same in India is a different kettle of fish altogether.

In fact, the approach within India for the Chinese companies may well take the form of a more interactive market-entry to manufacturing, where the partnerships are now directly with existing cell/module producers, or some of the leading developers/asset-owners that have manufacturing bases or/and a direct route to market for cells/modules.

When viewed in this context, it begs the question as to why some of the leading Chinese module suppliers (or indeed putting Hanwha Q-CELLS into this grouping) don’t just acquire a few of the 500MW cell makers that have survived the Indian ebbs and flows of demand until now; or align with a few of the more ambitious GW-level pure-play module suppliers that lack in-house cell manufacturing. In terms of getting up and running quickly and having GW-level production bases within India, this may well be the fastest, and least red-tape-based, route-to-market.

PV IndiaTech 2019 coming at the perfect time during April 2019

We decided to launch the PV IndiaTech event series during 2019 as we suspected that 2019 was set to be the year of change within India solar, both from manufacturing investments and also the role of overseas companies in improving the quality of plant operations and returns.

Certainly, the recent announcement from MNRE only makes the event timing all the more pertinent. Before last week, the interest level in PV IndiaTech was highest within China, with a view to maintaining their market-share. While this range of companies is likely to be strongly represented at PV IndiaTech 2019, the ongoing pull from India for overseas companies across the whole value-chain to participate in the road to 300GW-plus by 2030 cannot be underestimated.

PV IndiaTech 2019 takes place in Delhi on 24-25 April 2019. Anyone wanting to get involved at the event can contact us via the tabs at the event website here.