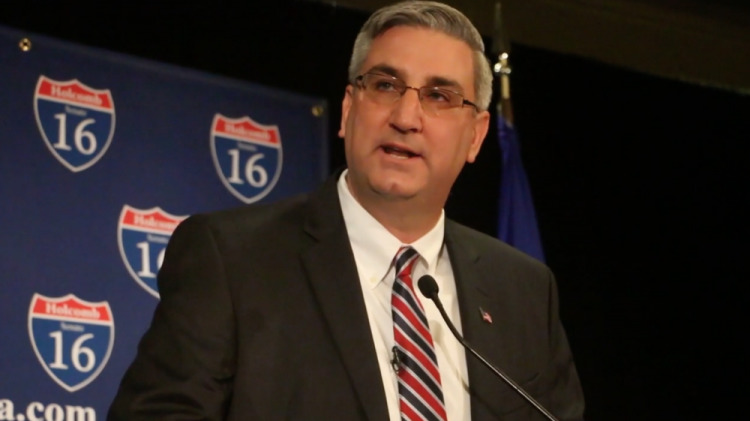 The financial benefit currently available to solar users will be sharply curtailed over the next few years, after Indiana governor Eric Holcomb signed SEA 309 into law yesterday.

Ignoring pleas of the industry, who beseeched Holcomb to keep the current financial incentives for residential solar, the Republican elected not to veto the bill.

“I support solar as an important part of Indiana’s comprehensive energy mix.  I understand the concerns some have expressed, but this legislation ensures those who currently have interests in small solar operations will not be affected for decades,” he said of his decision.

The bill will now drastically reduce the rate of compensation for excess solar power over five years. It does allow anyone who installed a PV system after June but before 2022 to be grandfathered until 2032, but anyone after the 2022 cut-off point would only receive a lower financial rate for their power.

By 2046, solar users are likely to receive little more than the wholesale rate for their power – a difference of around US$0.08/kWh – as well as a US$0.25 premium.

Yesterday was the last day Holcomb could veto or sign the bill, which critics contend is part of a broader nationwide push by utilities to seize control of the emerging solar market. Solar advocates had lobbied aggressively against the bill. Earlier this week, Hoosiers petitioned the governor to veto the bill presenting him with 350 signatures in favour of a veto, and a coalition of Indiana tech CEOs had urged Holcomb to veto in the interest of solar’s economic benefits to the state.

Conversely, Indiana’s investor-owned utilities had lobbied for the measure during the legislative session; arguing that solar users are compensated too generously.

“We are quite pleased that the bill was signed into law,” said Mark Maassel, president of the Indiana Energy Association, which represents utilities. “No, this does not grant the utilities any kind of control of the solar market. No, it doesn't put the solar business out of business.”

Indiana’s solar industry was disappointed in the governor’s vote.

“SB 309 is counterproductive in our quest to retain and attract solar energy jobs, which are growing 12 times faster than the US private sector, in that it imposes five needless roadblocks to investment,” said Jesse Kharbanda, executive director for the Hoosier Environmental Council.

“Utilities absolutely understand there are benefits from putting solar on the grid, they just want to control it,” said Ryan Zaricki, president of residential installer Whole Sun Designs. “It's not an immediate death blow to our business, but next year is going to be much tougher.”

While the new law might not be “an immediate death blow” to residential solar businesses, it does make it much harder for solar to grow in the state. Currently only providing around 1% of the nation’s energy – the percentage is much less in Indiana.

According to the Indiana Distributed Energy Alliance, SEA 309 will have a knock-on effect to policy mechanisms used to promote solar energy, such as PPAs and virtual net metering. The bill also means net metering is prohibited under statutory law – meaning that even if utilities want to use net metering in future, they cannot under SEA 309. Furthermore, the bill allows utilities to increase rates on all customers in order to recover cost of credits due to net metering. This will affect low and middle income Hoosiers the most.

It also allows utilities to increase monthly service charge for solar customers to be connected to the grid, changing the rules for a small portion of their customers.