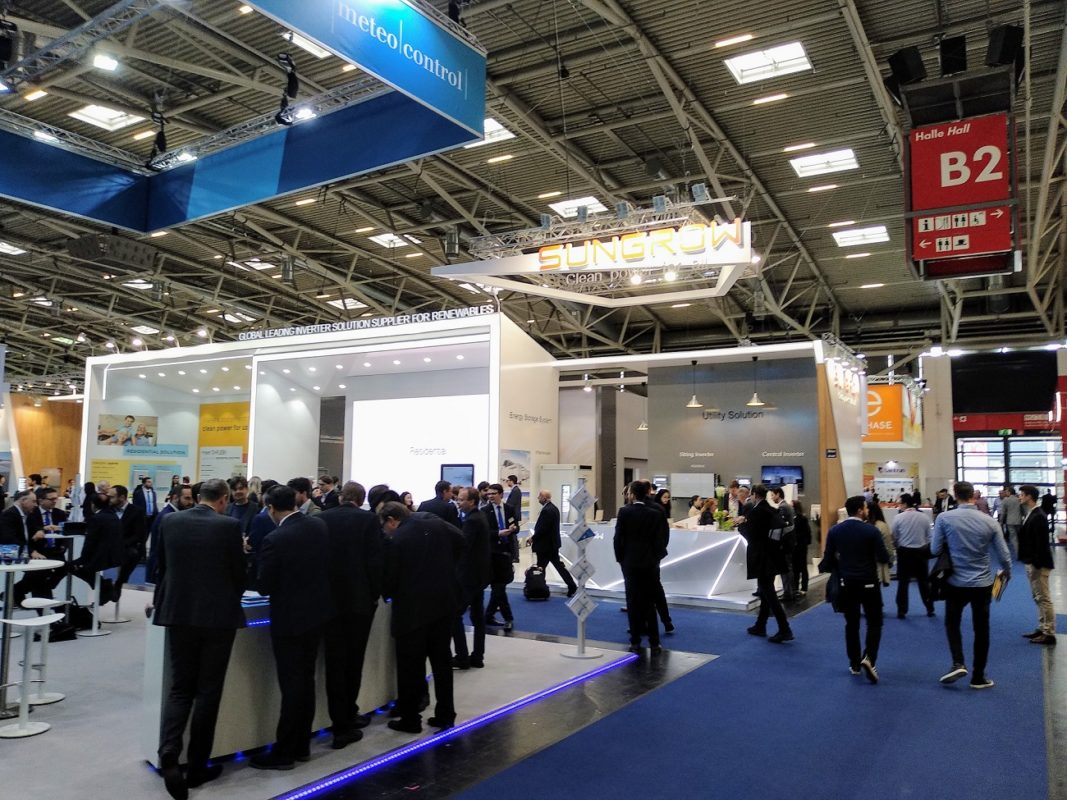 Years covering trade events cannot prepare a journalist for what Intersolar is.

Reading the hard numbers beforehand – 1,450 exhibitors across 106,000 square meters – can mislead the uninitiated into thinking the scale of the annual get-together is fully understood.

Real comprehension, however, only dawns onsite; a realisation, during the first dizzying tour of Messe München, that the Wembley-sized A1 hall that took a half hour to circumnavigate was just one of almost a dozen.

Intersolar veterans all noted the shift from deserted editions just a few years back but the contrast needed no pointing out. Anyone witnessing the crowds swarming into exhibitor stands last week would have easily known: this is an industry ready to turn the page after the tough past few years.

Certainty is not coming back

When this correspondent first encountered the solar industry in the early 2010s, times were significantly bleaker. At press conferences in Madrid, policymakers announced policy u-turns that would send the sector crashing down into years of paralysis. Whilst highly symbolic, Spain was far from alone in its subsidy clampdown.

The brighter new chapter that followed in the years since – solar’s comeback without the help of subsidies – was written all over last week’s Intersolar. The talk both on- and off-the-record was of the unsubsidised success stories emerging worldwide, including across less-sunny reaches.

The optimism came with a caveat, however: a free-market era may hold promise but it will never bring back the certainty that subsidies once provided. As noted by Neoen’s Bastien Grandet, the same grid parity that props up zero-subsidy solar can pave the way for cannibalisation.

Financing challenges, or so ran the thinking in Munich, will not relent for an industry forced to accept merchant risks where PPA off-takers are absent. Relying today on bullish long-term price projections can – as another panelist learned – entail very real consequences, not least a halving of asset valuations.

The calls for caution may not be new but perhaps were worth repeating at Intersolar, given that some still long for a certainty that will not come back.

“I think people hark back to the old days of subsidies,” remarked Statkraft’s Sean Maguire, whose firm receives requests for 10- to 15-year PPAs that the panellist said can be tough to agree to across many markets.

March of the makers

However numerous, the warnings did not take the shine off a bullish Intersolar Europe 2019.

Approached on the ground, top developer names shared predictions on where global solar will go after approaching the 500GW capacity mark last year. There was talk of the current stars – Spain, Australia and others – but also new contenders, including Bolsonaro’s Brazil, a reviving Italy and Eastern European hotspots including Poland and Ukraine.

The upstream picture was more mixed. The triumphant headlines around Chinese players Huawei, JinkoSolar and Risen Energy – with product launches and awards – contrasted with the question marks over European peers, still grappling with last year’s scrapping of Chinese import tariffs. Many openly wondered whether the sector can be “restarted”, as Fraunhofer ISE has predicted.

Of all innovations, one seemed particularly adept at stealing the Intersolar spotlight. This correspondent’s personal highlight of three days in Munich was a session on floating solar, which pitted BayWa r.e. and Ocean Sun against other frontrunners. The sheer energy in the packed room, the new-territory feeling of the debate, were impressive to behold.

Only time will tell whether the bullish mood music of 2019 will continue to dominate Intersolar in years to come. Good or not, however, the change is unstoppable; that perhaps was the clearest takeaway after the week in Munich.