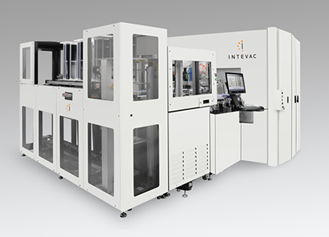 Specialist semiconductor and PV equipment supplier Intevac reiterated that its 12 unit ‘ENERGi’ solar ion implant tool order valued at around US$23 million that was booked in March, 2017 remained in its order backlog at the end of the first quarter of 2018.

In reporting first quarter 2018 financial results, Wendell Blonigan, president and chief executive officer of Intevac said in its latest earnings call that three initial ion implant tools were waiting installation, although other production tools were being installed ahead of the ion implanters.

“The tools that we have out there right now that are waiting for installation is an n-type ramp, so we're seeing that come back to life,” noted Blonigan in the call. “We're seeing some tools installed there and we anticipate getting the installed, the first tools in a reasonable period once they move in some other equipment. So we see that moving.”

However, Blonigan also noted that more recent installation delays had been primarily due to the customer shifting some of the new production lines installed at the new facility to n-PERT (Passivated Emitter Rear Totally-diffused cell) production.

“While the schedule and timing are not finalized, at this time we continue to expect three more tools will ship mid-year [2018] with six in revenue for 2018 and the other six in 2019,” added Blonigan.

US-headquartered IBC pioneer SunPower has under 1.2GW of IBC cell production capacity at facilities in Malaysia and the Philippines. However, Intervac’s Chinese client has yet to enter volume production of IBC solar cells and has yet to install enough lines to fully ramp to over 2GW. At that point SunPower will have a direct cell technology competitor in the market.