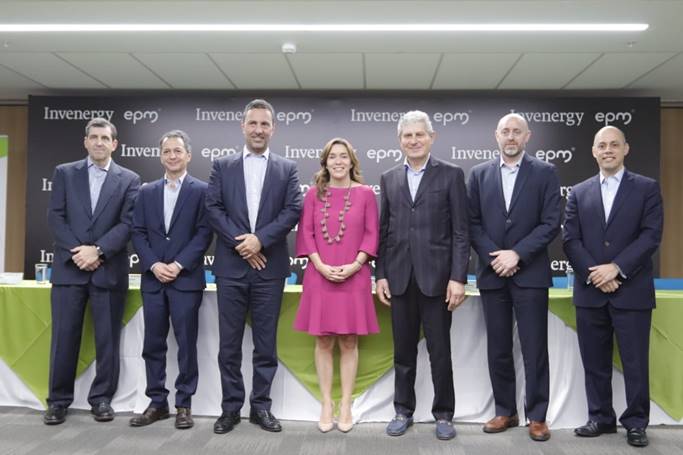 A major US renewable group and a local utility have teamed up to deploy a significant green energy pipeline in Colombia, providing another boost to the country’s nascent solar scene.

Chicago-headquartered Invenergy has signed a deal with a utility from Medellín, Colombia’s second city, to together develop “at least” 400MW of solar and wind by 2025.

According to a statement released on Wednesday, the pipeline agreed with Empresas Públicas de Medellín (EPM) would see 1,000GWh-a-year in clean energy volumes delivered to Colombians.

The alliance, sealed with Energy minister María Fernanda Suárez in attendance, specifies that Invenergy will provide its expertise in renewables after having developed 24GW worldwide.

EPC, meanwhile, is poised to contribute to the renewable alliance by sharing its experience with energy ventures in Colombia, a country Invenergy was absent from until this deal.

Speaking to Colombian outlet La República, EPM general director Jorge Londoño said Invenergy will be the one to first invest in the pipeline of 400MW.

Some of the projects could then be transferred to EPM once the Medellín utility has recouped its investment firepower, after backing the 2.4GW Ituango hydro power project, Londoño added.

The deal between a foreign and a local player is the second such partnership to emerge in Colombian renewables in little more than a month.

In mid-October, Europe's Cubico Sustainable Investments and Colombian peer Celsia said they would join forces to install 400MW of PV nationwide, starting by an initial 5 to 10 projects.

Foreign interest is being rekindled by the holding last month of the country’s inaugural renewable tender, after months of delays driven by anti-trust concerns.

A PV Tech feature examined the opportunities and risks of Colombian PV was part of PV Tech Power's Volume 19, which you can subscribe to here