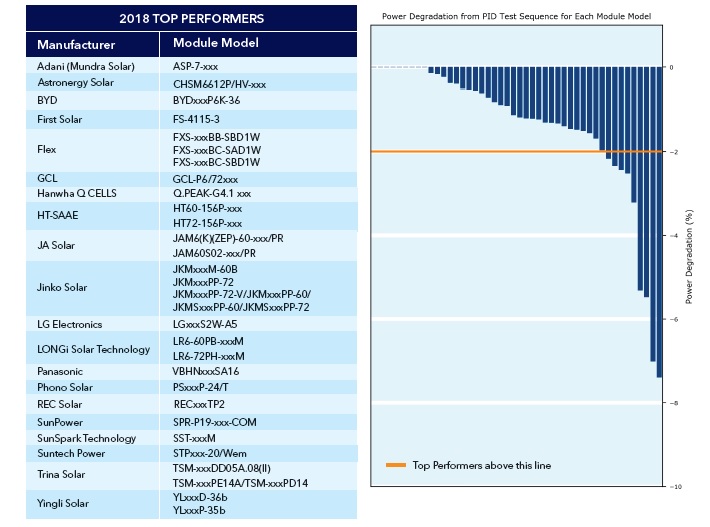 Leading ‘Silicon Module Super League’ (SMSL) member JinkoSolar has acknowledged its recognition as a ‘Top Performer’ in DNV GL's 2018 PV Module Reliability Scorecard results, which were announced at SNEC in China in May.

JinkoSolar noted that it had been recognized as a Top Performer for the fourth consecutive year.

“We are proud to have been recognized as a Top Performer by DNV GL for the fourth year in a row,” commented Kangping Chen, CEO of JinkoSolar, “We are committed to providing global customers with high-quality PV solar products and to ensure the performance and reliability of JinkoSolar Modules.”

JinkoSolar is perhaps downplaying its success in the annual module tests as the analysis highlighted that only three module manufacturers (JinkoSolar, Trina Solar and LONGi Solar, all SMSL members) from around 50 participants achieved Top Performer status in the four key tests for two consecutive years.

Both JinkoSolar and JinkoSolar had multiple (4 plus) module series products in the tests.