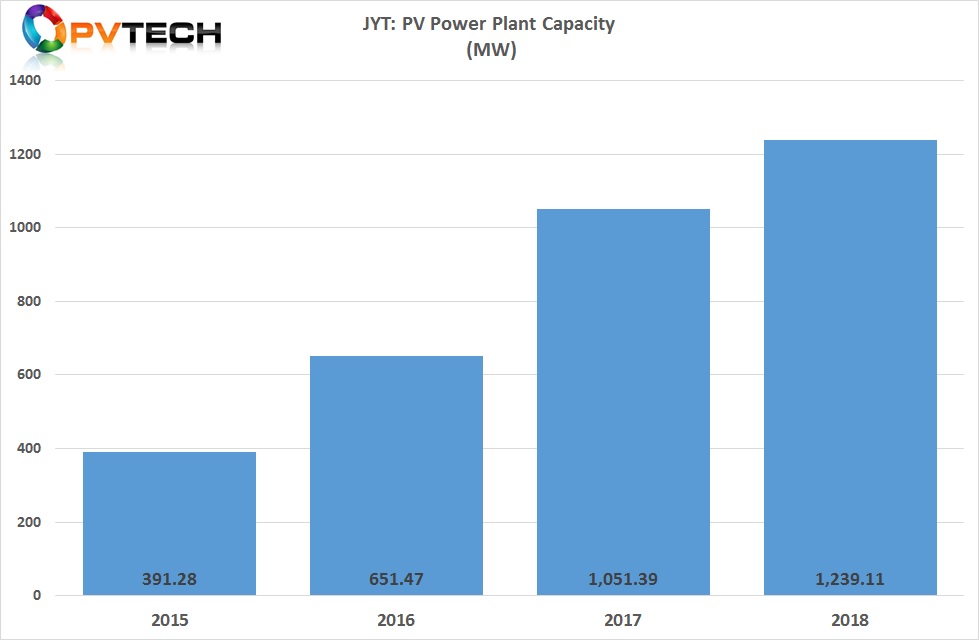 The slowdown is believed to be a direct consequence of the China 531 New Deal, which was introduced at the end of May, 2018 to curtail utility-scale and Distributed Generation PV projects as back payments to electricity spiralled out of control.

JYT is one the first companies in China to report 2018 PV power plant capacity figures.

The company had previously reported revenue for the first nine months of 2018 of approximately RMB 1.68 billion (US$248.7 million), up from RMB 1.3 billion (US$192 million) in the prior year period. 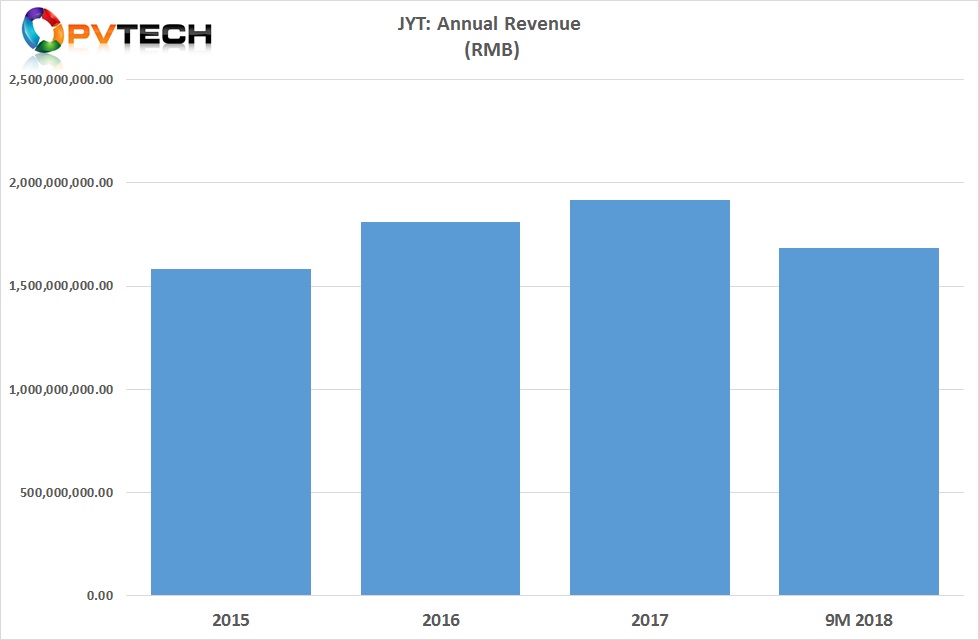