The company also announced that it increase monocrystalline wafer production by a further 10GW as part of a Phase 2 expansion at facilities in Chuxiong, Yunnan, China. Capital expenditure for Phase 2 was put at around RMB 1.486 billion (US$222.1 million).

The company had also announced separately that it was expanding monocrystalline solar cell capacity by 1GW at a new facility at the Shama Jaya Free Industrial Park, Kuching City, Sarawak, Malaysia at a cost of approximately RMB 840 million (US$125.5 million), which brings total investments planned of around US$898.5 million, so far in 2019.

LONGi said that it was continuing to expand capacity to meet future projected demand for high-efficiency mono wafers, while targeting production in Yunnan Province, due to the availability of hydro-electric power.

The company had previously announced that it had near-term plans to expand wafer production to 45GW by the end of 2020. The latest expansion announcements would take nameplate capacity to 38GW in 2019. 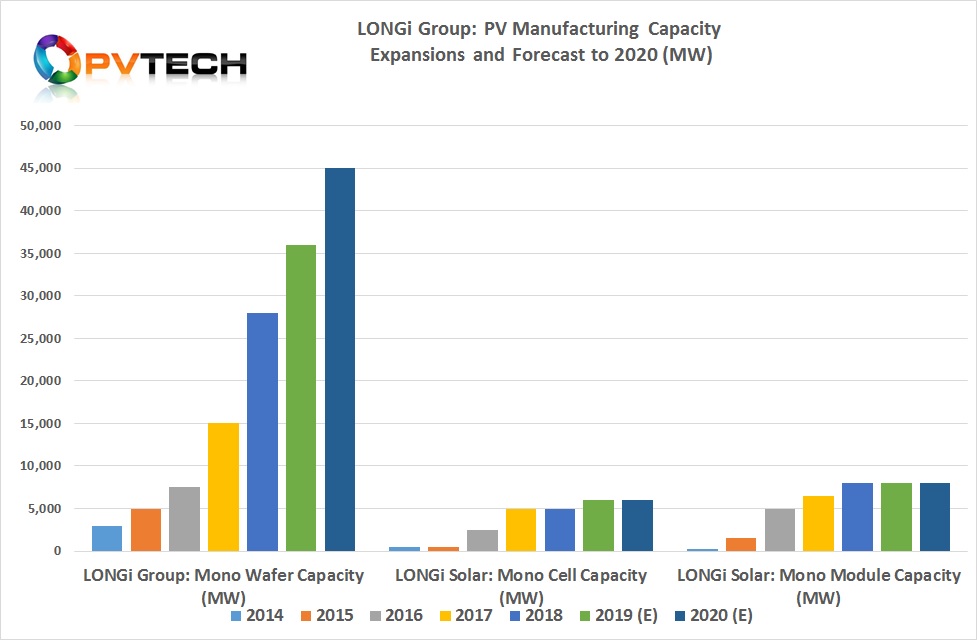