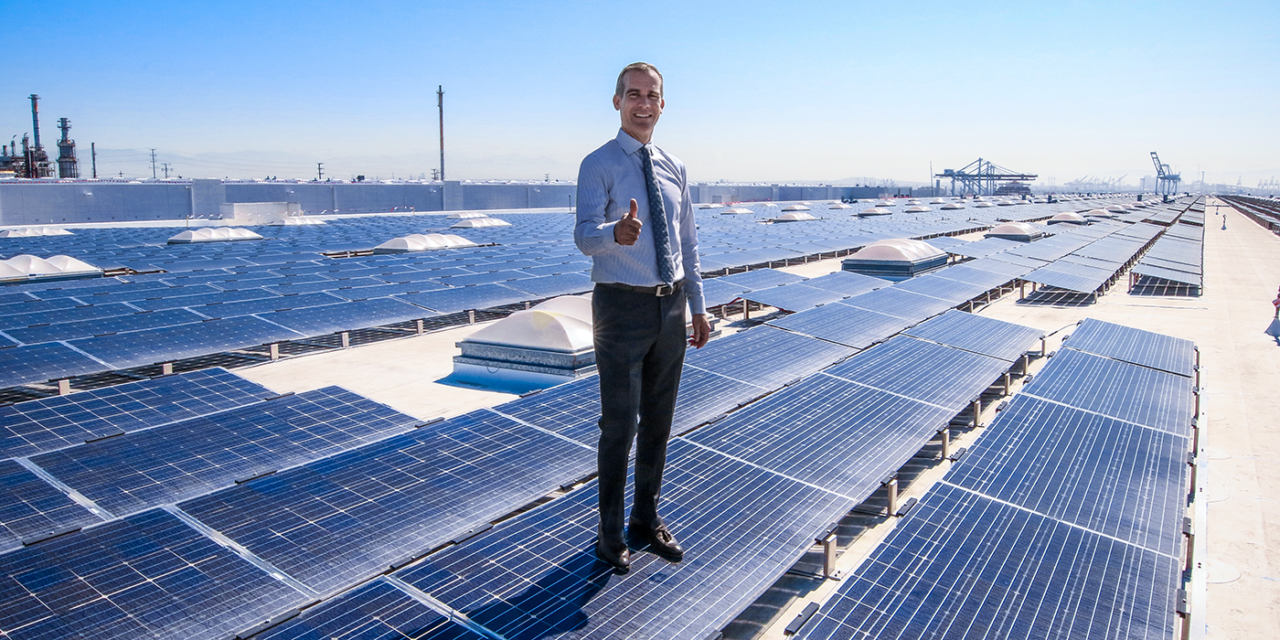 Los Angeles mayor Eric Garcetti announced Monday in a joint celebration with the Los Angeles Department of Water and Power (LADWP) that a historic rooftop project that generating enough renewable energy to power nearly 5,000 homes has been completed.

The 16.4MW Westmont Solar Energy project in San Pedro will generate more than 28 million kWh of electricity annually, with both parties claiming that it is the most powerful rooftop solar project in the world.

Garcetti noted: “We are putting sustainability at the center of everything we do in Los Angeles — and that means investing boldly to expand the use of local solar and renewable energy. While Washington buries its head in the sand, we are carrying the fight against climate change forward in our city, and the Westmont Solar Energy Project is strong evidence of our commitment to a sustainable future.”

The project is part of Los Angeles’ rooftop solar Feed-in Tariff (FiT) program — the largest of its kind in the US. The FiT program allows building owners to install solar panels on their roofs and sell the power they generate back to LADWP for distribution into the power grid.

LADWP general manager David H. Wright noted: “Our goal is to create a clean energy future for Los Angeles and solar is a big part of our strategy. Along with helping spur the clean energy economy in Los Angeles and meeting renewable energy goals, the expansion of local solar builds more resiliency and reliability into the power grid. Local solar systems are like mini power plants that generate power right where it is being used, saving on transmission costs and taking advantage of the city’s abundant sunshine to help meet electrical demand.”

The Westmont project is comprised of more than 50,000 solar panels that cover 20 hectares of rooftop space. It ranks second only to the rooftop PV project atop Apple’s Cupertino headquarters (17MW) in terms of generation capacity in the US.

The rooftop project was developed by PermaCity Solar, together with building owner BlackRock and financial partners True Green Capital and GAF. Through a partnership with EmPower America, the country’s first Veteran Workforce Development Organization, the project trained 50 veterans in project management, roofing, and electrical skills.