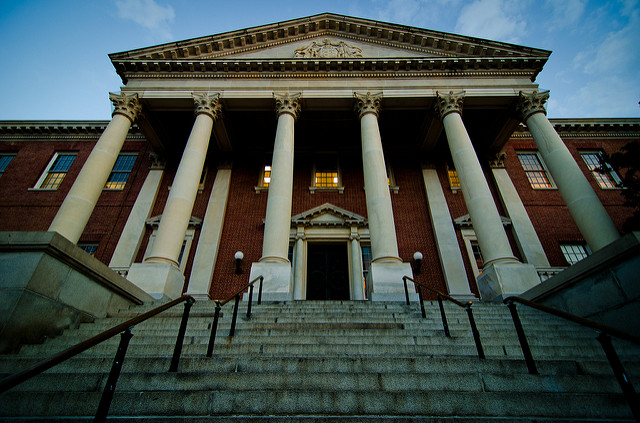 Rallying on the steps of the Maryland State House yesterday, clean energy supporters compared governor Hogan’s veto of a bill that would boost renewable energy to the views of the climate sceptic president-elect.

The vetoed measure, known as the Clean Energy Jobs Act, sought to increase the state’s renewable energy mandate to 25% by 2020, up from the existing 20% by 2022 target. The bill was originally passed in April at 92-43 but was vetoed by Hogan the following month.

Hogan at the time cited a tax burden as his sole reason for defaulting on the bill, and defended his position earlier this week when he labelled the measure – which would have created demand for 1.3GW of renewables and thousands of clean energy jobs – a “sunshine tax”, because it would have required rate increases to pay for the additional cost of wind and solar.

Amelia Chasse, a spokesperson for Hogan, insisted that the governor does and will continue to support efforts to promote clean air and water, as evidenced by his recent energy proposals. “However, the governor will not do this at the expense of Maryland's ratepayers,” Chasse said.

In response to the veto, renewable energy advocates were joined by the sponsors of the bill, senator Brian Feldman and delegate Bill Frick as they protested against the veto. Frick said the bill had garnered the support of 70% of the public and supporters countered that contrary to Hogan’s sentiments, the increases would cost ratepayers no more than 58 cents per month and would be offset by the boost to the economy the bill would bring.

“We’re here because the administration decided to play politics,” he said. “We're here because the Trump of State Circle decided this is good politics.” He said that people like Trump “would make Ocean City ocean again” — a reference to the threat of rising sea levels caused by climate change, a phenomenon that Trump and many of his cabinet ardently deny.

According to the Baltimore Sun, Chasse also said proponents of the bill “need to get their facts straight”, noting that Hogan had signed legislation in 2015 to expand the state commission on climate change.

“We are encouraged by Governor Hogan's intention to promote economic growth and environmental quality as he outlined this week in his 2017 agenda.”

However, Kiernan maintained that The Clean Energy Jobs Act “is the most effective way for him to meet those goals, creating new jobs in wind power and other industries while attracting hundreds of millions of dollars in new private investment to Maryland”.

“We strongly support a veto override. It will signal Maryland means business and is committed to job growth while strengthening the state's energy supply,” Kiernan concluded.

In further support, Kevin Sheen, spokesman for Empower, pledged that the wind and solar company would continue investing in the state and said increasing the RPS was “imperative.”

The legislature could still decide to overturn Hogan’s veto as early as next week when it returns for its annual 90-day session in Annapolis.

6 June 2023
Join us in Napa to unlock the key to reliable PV module supply to the U.S. market in 2023 & 2024. We'll also be gathering the main players in the US solar market for some wine tasting!
awea, clean energy, climate change, donald trump, jobs, larry hogan, legislation, maryland, us, usa, veto, wind and solar