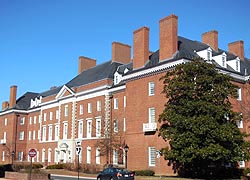 Closely following a senate bill to cut greenhouse gas emissions passed last week, Maryland’s legislature continues its green streak by voting in a measure that would increase the state’s renewable energy mandate to 25% by 2020, up from the existing 20% target by 2022.

The Clean Energy Jobs Act, SB921 was passed 31-14 and the House bill (HB 1106) was passed last month 92-43. Representatives from both chambers will need to agree on a single version of the bill for consideration to Republican governor Larry Hogan. If ratified, the impact on the state’s renewable energy output would be tremendous.

The higher mandate is predicted to create demand for 1,300MW of renewables in Maryland and also have a strong economic effect by creating over 1,000 jobs in solar and 4,600 in wind, according to media reports. It would also help with the state’s pending goal to slash greenhouse gas emissions 40% below 2006 levels by 2030.

Renewable energy policies generally enjoy significant public support among the electorate. A recent poll conducted in February revealed that 77% of Maryland voters would favour policies and incentives that would move Maryland more quickly towards renewable energy sources. 74% of voters were in favour of expanding Maryland’s clean energy standard to 25% by 2020, when coupled with provisions to train more Marylanders for careers within the clean energy industry.

6 June 2023
Join us in Napa to unlock the key to reliable PV module supply to the U.S. market in 2023 & 2024. We'll also be gathering the main players in the US solar market for some wine tasting!
maryland, renewable energy target, us, usa