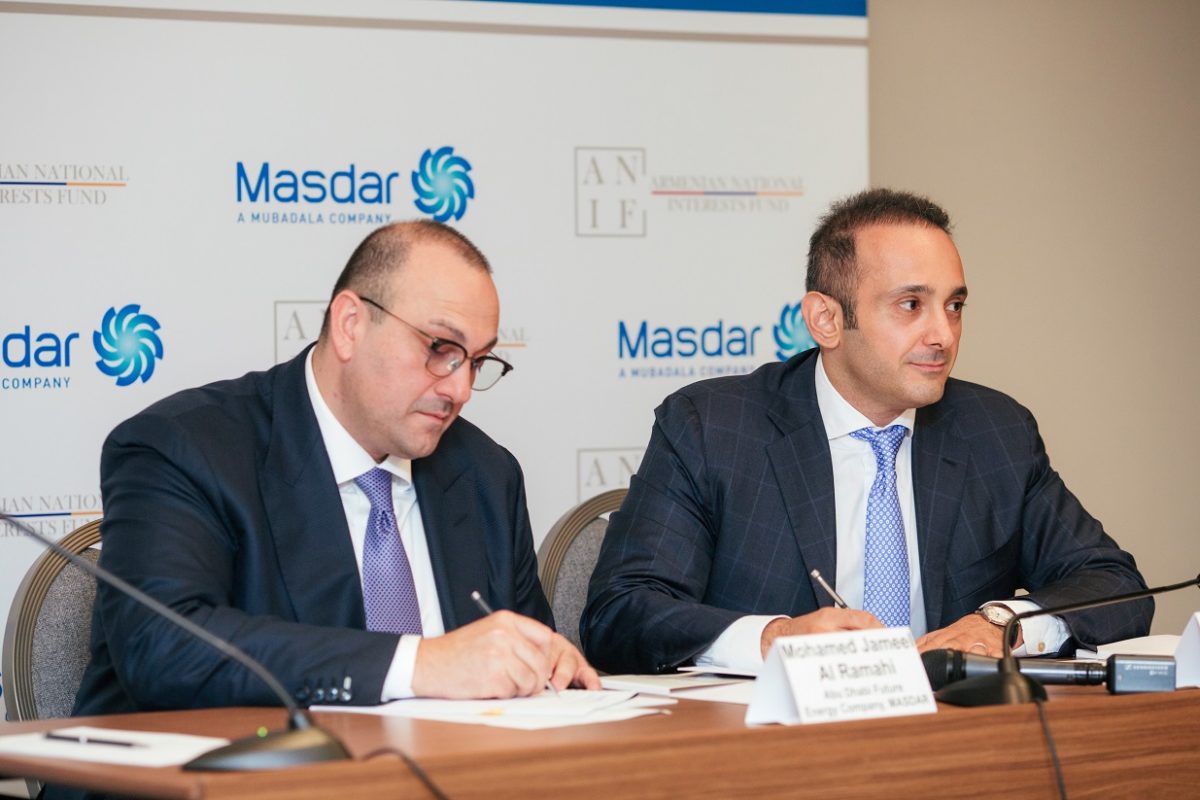 The Abu Dhabi Future Energy Company, also known as Masdar, is set to leave a major impact on the renewable-energy sector in Armenia.

Mohamed Jameel Al Ramahi, chief executive officer of Masdar, and David Papazian, chief executive officer of the Armenian National Interests Fund (ANIF), signed off on a memorandum of understanding (MoU) last week to explore collaboration in the development of 200MW of PV energy and 100MW of floating PV power. Both parties will also explore the development of 200MW of onshore wind power.

Al Ramahi said: “It is a great honour to be in Yerevan to discuss the bright renewable energy future of Armenia, and to establish formal ties with the Armenian National Interests Fund. As the fastest growing economy in the Eurasian Economic Union, backed by an increasingly open and supportive regulatory environment, Armenia is a promising location for investment in both solar and wind energy.”

He added: “At Masdar, as the renewable energy company of both Abu Dhabi and Mubadala Investment Company, we are excited to have this opportunity to further strengthen the relationship between Armenia and the UAE, and to share with our hosts our 13 years of experience delivering renewable energy projects around the world.”

Armenia is already a significant producer of hydroelectric power, while many of the country’s more than 200 rivers and lakes are ideal locations for floating PV projects. The country also receives an estimated 1,720 kWh of solar energy per square metre, compared with an average of 1,000 kWh per square metre in Europe.

Papazian said: “Since elevating the relationship between the UAE and Armenia in January, it is symbolic that our first investment agreement is about renewables. Whilst there has been a long-standing diplomatic relationship, this Armenian government is intent on renewing and deepening its ties with our friends in the UAE. This agreement is a testament to our joint commitment to carry out this ambition.”