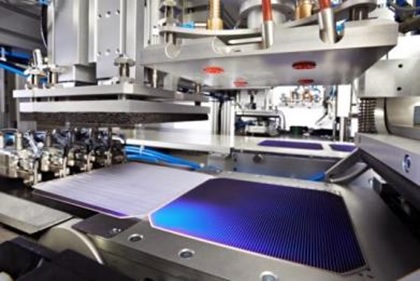 Meyer Burger has appointed a new managing director to lead its transition to become a manufacturer of heterojunction solar cells and modules.

Moritz Borgmann is to join the company from 1 February 2021, taking the role of MD and assuming responsibility for sales and marketing, product management and business development of the new suite of products.

Borgmann is to establish the company’s sales function and execute on the company’s strategy following its transition from an equipment manufacturer to a cell and module manufacturer. He has already begun to assemble a sales team to lead in its core European markets.

Borgmann holds a doctorate in electrical engineering and has broad experience in both the semiconductor and photovoltaic industries, Meyer Burger said, having most recently served as a partner at cleantech consultancy Apricum.

Gunter Erfurt, CEO at Meyer Burger, said Borgmann would be a “perfect addition” to the company’s team whilst it undergoes its strategic repositioning.

“We are very pleased to win Moritz Borgmann, an internationally experienced and recognised expert in the field of photovoltaics, for the transformation of Meyer Burger,” he said.

Meyer Burger also gave a brief update on the development of production facilities, stating that the set-up of facilities in Bitterfeld and Freiberg was going “according to plan”. Production is slated for Q2 2021 – falling in line with the company’s previous timeline – with sales of heterojunction modules expected to initially start in Western Europe and DACH (Germany, Austria and Switzerland).