Minister: Mexico’s postponed auction will come when time is right 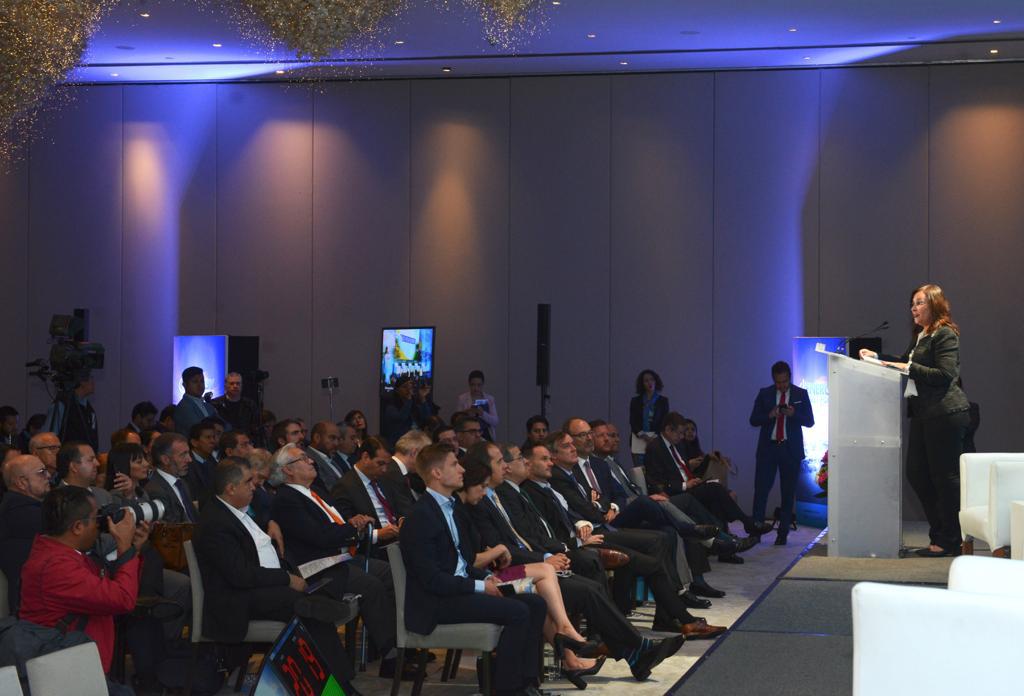 Mexico’s state-run utility and fossil fuel infrastructure need more time before the country can re-arrange the renewable auction it cancelled this year, a top official has said.

The country’s delayed fourth clean energy tender is “likely” to still go ahead but only when conditions are “optimal”, energy minister Rocío Nahle García said at an event this week.

Mexico assigns renewables a “fundamental role” in its energy transition, the government figure said as she addressed the Foro Energy Meet Point conference in Mexico City.

The country, Nahle argued, will stride towards clean energy growth “responsibly” to ensure it meets its target to source 35% of electricity from renewables by 2024.

However, the minister cautioned, support via further government tenders will depend on what the outlook is for state-run utility Comisión Federal de Electricidad (CFE).

Since left-wing president Andrés Manuel López Obrador (AMLO) came to power last year, CFE has staged a pushback against its obligation to purchase clean energy as the government offtaker.

In April, the state entity cited AMLO’s “new vision” as it warned it could reopen PPAs it said it was forced to enter under earlier tenders, describing wind and PV power as “very costly”.

The government, minister Nahle said this week, wants to ensure CFE has the time to beef up its own generation and transmission portfolio before a new clean energy tender is held.

“It is important to support the state’s productive entity because they are the ones who will pull the other actors through,” said Nahle, a chemical engineer by training.

The minister appeared to link any future renewable tendering to further growth of natural gas. “If clean energy production rises, so must gas infrastructure to back that electricity,” she argued.

At the launch of Zuma Energía's 162MWp La Orejana, she argued the new government’s energy policy will not be “constrained, compressed nor inhibited”.

It will, Nahle argued, be “different” however to the agenda of prior president Enrique Peña Nieto, who legislated for a sweeping reform to liberalise the energy market.

“As ideological as the government may yet become, energy will be needed and solar’s costs are very attractive,” Marco Nieto-Vázquez, partner of Baker McKenzie Mexico, told this publication.

“It’s time to be flexible, to listen beyond the show in the media, to realise that change does not mean opportunities are gone,” Nieto-Vázquez added, when contacted for a recent feature.

4 October 2022
Solar & Storage Finance USA, the only event that connects developers to capital and capital to solar and storage projects, will be back in November 2022.
amlo, auctions and tenders, central america, cfe, esslatam, latin america, mexico, solar pv, storagelatam20