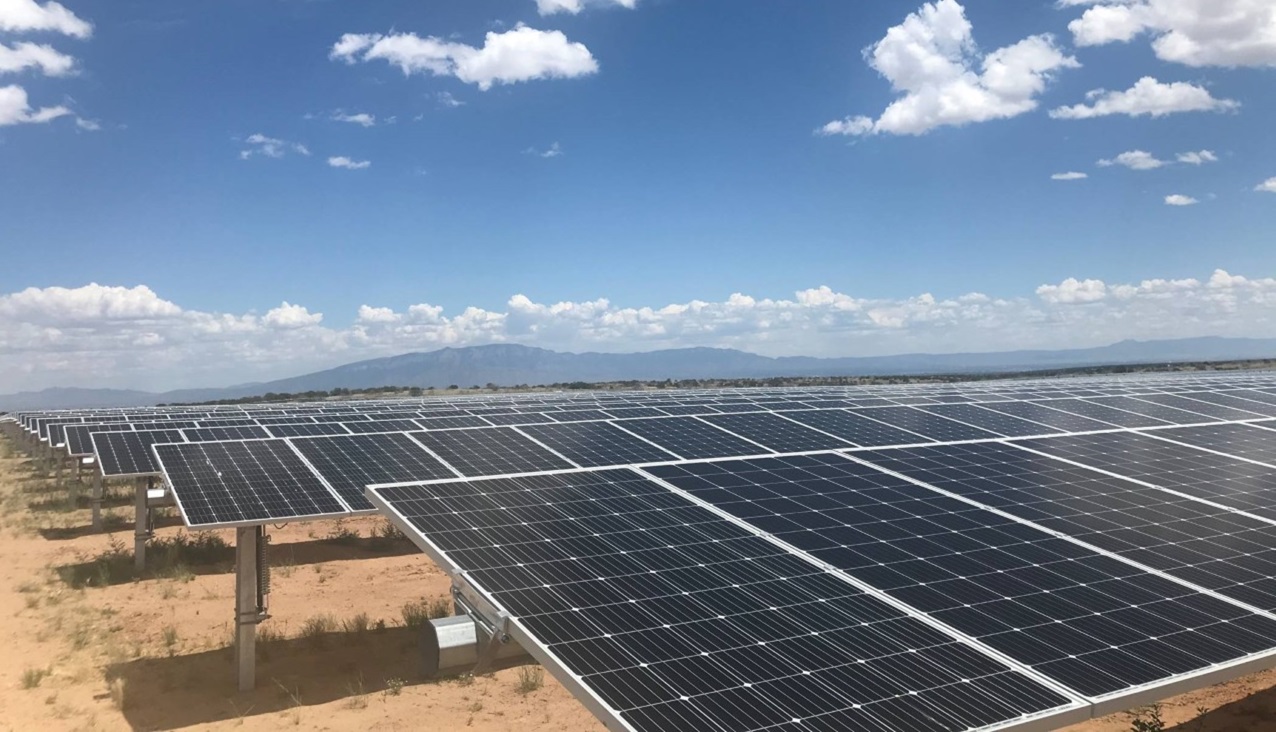 New Mexico’s largest utility plans to develop 950MW of solar and storage by 2022 as it exits the state’s San Juan coal plant and eyes 100% emissions-free electricity by 2040.

Public Service Company of New Mexico’s (PNM) shift, supported by power purchase agreements on four generation and storage projects, also presents a barrier to the success of a proposed carbon-capture retrofit aimed at keeping the San Juan facility online, a brief from the Institute for Energy Economics and Financial Analysis (IEEFA) says.

IEEFA analyst Karl Cates said PNM’s plan signals a larger impending shift toward utility-scale renewables in the Four Corners area of Arizona and New Mexico: “It will be seen industrywide as a fresh indication – on top of many others – of where regional and national energy markets are quickly moving.”

A filing by PNM with the New Mexico Public Regulation Commission details how the utility will replace lost power from the coal plant. The four projects include: Arroyo Solar (300MW of generation paired with 150MW of storage), San Juan Solar 1 (200MW and 100MW, respectively), 201LC 8me (100MW and 30MW) and Jicarilla Solar 1 (50MW and 20MW).

While the commission still needs to sign off on two of the four solar deals, IEEFA notes it is likely to do so in the coming weeks given its recent endorsement of full renewable energy replacement for the San Juan plant. PNM is said to be pressing for a speedy decision so it can begin construction in January in time for a June 2022 commissioning.

The IEEFA brief says the PNM initiative meets state expectations around reinvestment in the communities most directly affected by the transition away from coal-fired power. “Because PNM is one of the largest electricity market players in the region, its shift will influence other electricity providers in the West and the Southwest, many of whom are facing the same market and policy pressures as PNM,” the note says.

The utility’s solar ambitions undercut a plan to retrofit San Juan with carbon capture that is supported by the US Department of Energy (DOE) and a company called Enchant Energy.

US deputy secretary of energy Mark Menezes was in New Mexico last week to discuss that project, highlighting its job creation potential. He described carbon capture, use and storage as “an incredible example of innovation, one that has the potential to drive emissions down to zero, making fossil fuels as emission free as renewables”.

However, IEEFA believes PNM’s investments in utility-scale solar only make the proposed retrofit “more unlikely than ever to proceed” and increase the chances that San Juan will be decommissioned as scheduled in 2022.