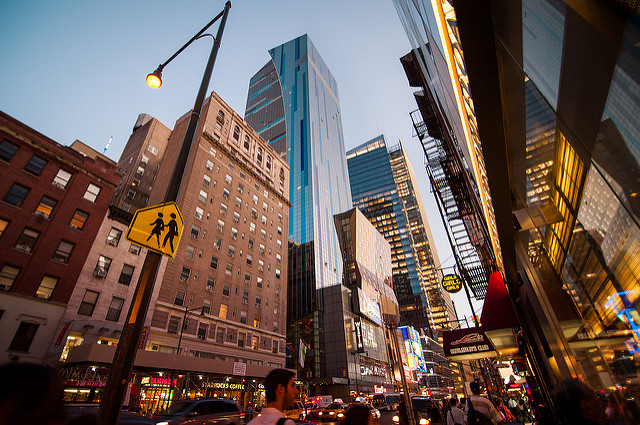 The new compensation rates were outlined under the state’s Reforming the Energy Vision (REV) initiative championed by governor Andrew Cuomo and the New York State Energy Research and Development Authority (NYSERDA) that aims to procure new investment into clean energy and drive innovation in the sector. The new structure is also a direct response to the PSC’s investigation on how to integrate more DER into the grid.

The new structure contains a pricing mechanism known as Value Stack that seeks to create a more accurate compensation for DER. The rates are set to boost both large and small-scale solar systems, community solar and storage.

“Based on our initial assessment, we are optimistic that the order adopting the new rates will provide a foundation for continued growth of the solar industry, while helping to guide investments to the areas where they provide the most benefits,” said Miles Farmer, clean energy attorney and member of the Natural Resources Defence Council (NRDC).

To begin with, the new rates will apply exclusively to new larger solar systems known as Community Distributed Generation (CDG) – that include community, commercial and industrial (C&I) projects. The commission said about 70 proposed CDG projects will “benefit immediately” from the order.

It is under this part of the order that the Empire State is creating a new framework for its burgeoning community solar market. Over the long-term, the order widens access to community solar and gives it much needed regulatory certainty.

“We commend the Public Service Commission and its staff for their hard work,” said Coalition for Community Solar Access (CCSA) Executive Director Jeff Cramer. “This order is an important step forward that will result in new projects in the ground, but much work remains to ensure that community solar can achieve its full potential to make affordable local clean energy available to customers all over the state, to help realize Governor Cuomo’s clean energy goals, and to help replace power from the Indian Point nuclear plant. Governor Cuomo highlighted in his State of the State that there are 325MW of community solar advancing in the pipeline – we look forward to working with the Administration to make sure those projects, and more, are built.”

There are no alterations to rooftop solar under the order, but existing net metering customers will be grandfathered until 2020. From 2020 onwards, compensation credits would no longer be at retail rates for new users, but will gradually decrease until they are equal to their value according to regulators.

In fact, the new order moves away from retail rate structure and attempts to value projects on a “granular valuation” and compensation and sets up broader changes to move away from net metering.

“Establishing such a rate structure is challenging for a number of reasons. Unlike net metering, it is complex,” said Farmer. “There is little agreement surrounding how best to calculate each of these sources of value and for some of them, such as distribution value, more data is needed regarding electricity system needs. Too much variation or uncertainty in an untested formula, for instance, could prevent investors from having sufficient confidence in future revenues to support new projects. Only one other state, Minnesota, has designed a rate that is based on similar building blocks of value.

The new order argues that net metering fails to accurately compensate for the value of solar; in that it is “incapable of taking into account locational, environmental and temporal values of projects.”

The Commission stressed that its new structure was not set in stone and will continue to be adapted to apply to other technologies including energy storage. And whilst the order does not immediately require changes to residential solar, NRDC says that homeowners can add value by combining systems with energy storage.

Ted Ko, director of policy at energy storage integrator Stem Inc. told PV Tech that the PSC is taking “baby steps” towards the goal of integrating distributed energy storage into the new normal of the New York electricity system.

“New York has taken a step in the right direction with the DSIP order,” said Ko. “While the Order allows the utilities to count REV Demo projects against the storage requirement, there is a move toward utilities using storage in their non-wires alternatives projects, because those provide real operational experience in long-term ratepayer value. That potential experience is at the core of the storage industry’s push for a meaningful market-learning storage target for New York. Ultimately, we believe the state should create a more substantial target that allows the utilities and all stakeholders to gain experience in the wide range of cost-effective uses for energy storage.

“The Value of DER Order recognizes the value of energy storage but limits this recognition to storage paired with renewable energy generation. Energy storage provides value to operators and ratepayers with or without renewable energy, but the order delays development of a standalone storage tariff to unspecified later phases of the proceeding, though it would have been relatively simple capture this value for New York in the Order's Phase 1 tariff. Stem is looking forward to further active engagement with the PSC to expeditiously develop a standalone storage tariff.”

The order is the result of a year-long collaboration between state agencies, environmental advocates, utility representatives, consumer advocates and the providers of solar and other DERs It establishes the first phase of a multi-year effort to create a more market-driven approach to optimizing the use of clean, distributed energy systems. Over the coming months, these same parties will participate in a second phase to further refine the values that DER provide to the energy system.