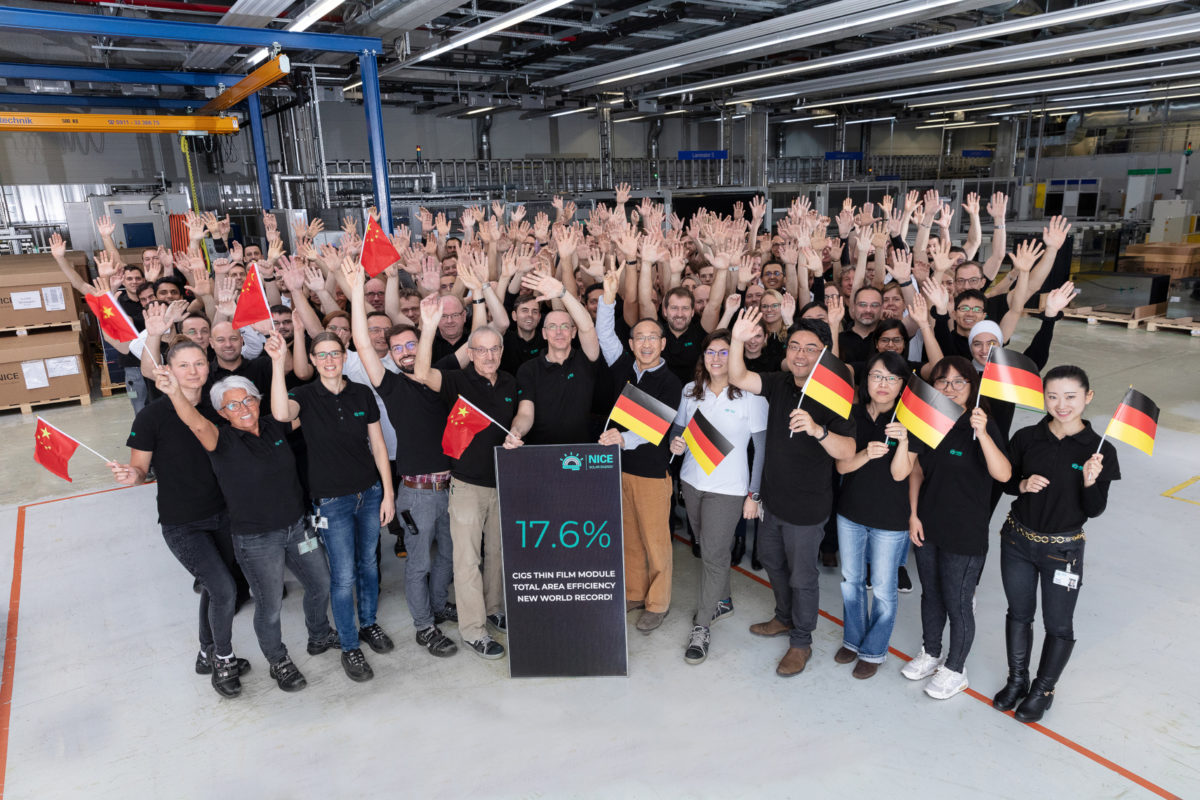 NICE Solar Energy is currently building manufacturing operations in Chongqing in central China with an initial capacity of 306MW.

The forthcoming PV CellTech 2020 event in Penang, Malaysia on 10-11 March 2020 is to feature a special session topic on thin-film solar PV, and review the prospects of this technology being the subject of another round of global investments.