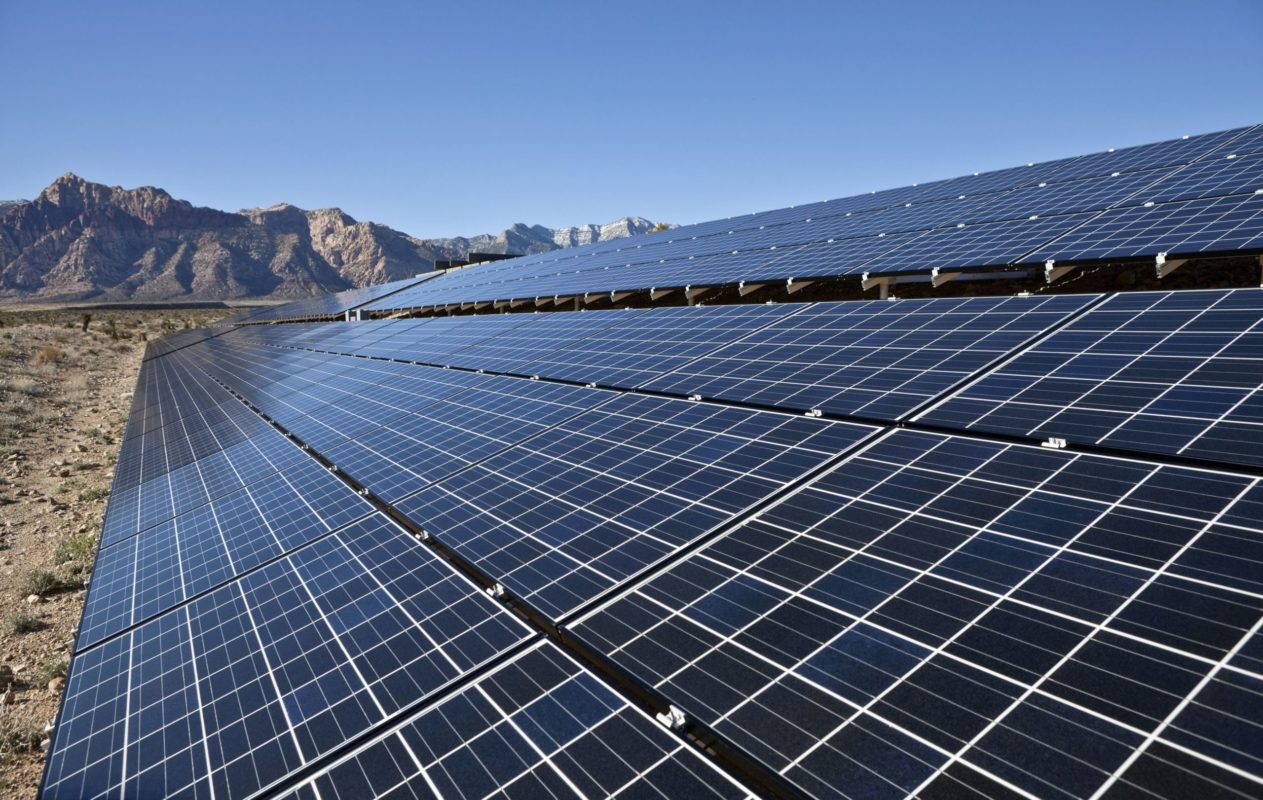 Utility NV Energy has awarded contracts in the US state of Nevada for over 1,000MW of renewable energy projects – including a 420MW-dc solar farm – and has also requested approval for 100MW of energy storage.

In January, Energy-Storage.News reported that NV Energy, owned by billionaire investor Warren Buffet’s Berkshire Hathaway since 2013, was tendering for 330MW of renewables. The solicitation process resulted in the utility selecting six new solar PV projects, now totalling more than 1GW. NV Energy is expected to file its resource plan for the approval of the regulator, Public Utilities Commission of Nevada (PCUN), today, 1 June.

The solar projects awarded include the 300MW (420MW-dc) Eagle Shadow Mountain Solar Farm in Clark County, about 30 miles north of Las Vegas on the Moapa River Indian Reservation. The largest solar project to date to be built on tribal land in the US as well as NV Energy’s single biggest PV project.

The contract was awarded to developer 8minute Energy Renewables, which issued its own statement on the project, stating that it should begin construction during the year 2020, to be completed by the end of the following year. With an annual output of more than 900 million kWh, mitigating around 600,000 metric tonnes of carbon emissions each year, the Eagle Shadow Mountain facility is also expected to create more than 600 jobs in Clark County during construction and development.

In addition to the solar farms, three large-scale battery storage projects were also picked out from the solicitation, although NV Energy did not reveal details of those in yesterday’s statement. It did however state that it would include “a major 100MW investment in integrated battery energy storage systems charged by solar energy, which will help meet the needs of customers during cloudy days and during late afternoon and evening hours when solar energy is unavailable.”

In fact, all of the projects awarded by NV Energy should be constructed by the end of 2021 if approved. The company said it will entail around US$2 billion of direct investment, with more than 1,700 construction workers needed and about 80 permanent jobs created. However, there is an important caveat, the so-called Question 3 issue. The state-wide ballot proposal to amend Nevada’s Constitution to create a deregulated, competitive energy market, avoiding the award of monopoly or exclusive franchises for the generation of energy.

Until 2016, NV Energy was effectively the monopoly energy supplier to Nevada on paper as well as in practice. The market was opened up to competition that year, but remains subject to the Question 3 ballot later this year. If Question 3 is passed, the state will create a competitive energy retail market by 2023.

NV Energy said that if that happens, it will put the latest renewable energy plans on hold, and according to local newspaper reports is expected to stick to the state’s existing Renewable Portfolio Standards (RPS). The current RPS is for 25% renewables by 2025, although NV Energy states that it has a “long-term goal of serving Nevada customers with 100% renewable energy”.

“Work on this resource planning effort began not long after the 2017 state legislative session ended and demonstrates that we are navigating the uncertainties in the current market, given Question 3 on the statewide ballot,” NV Energy CEO Paul Caudwill said.

“The six new projects position NV Energy to keep its commitment to double renewable energy by 2023 and, importantly, by diversifying our state's electricity generation portfolio, will reduce the costs to serve customers.”

This story originally appeared on our sister site Energy-Storage.News

4 October 2022
Solar & Storage Finance USA, the only event that connects developers to capital and capital to solar and storage projects, will be back in November 2022.
investment, nevada, nv energy, solar-plus-storage, us, usa