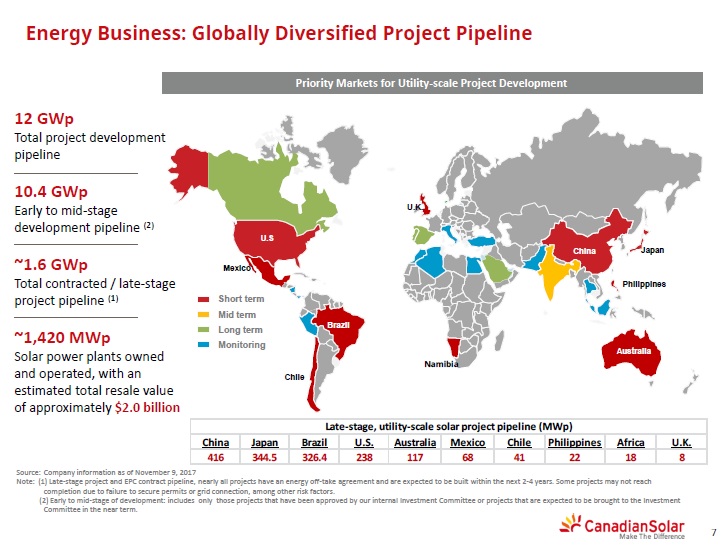 The SMSL had previously been forced to lower full-year 2017 revenue guidance due to delays in selling a total of 703MWp from six solar power projects in California to two buyers.

According to the SMSL, the sale (235MWac/309 MWp) was KEPCO’s largest investment in the US solar market and partnered with the Corporate Partnership Fund, a Korean private equity fund also known as COPA Fund, to make the acquisition.

“These high-quality solar assets are a strategic addition to our renewable energy holdings and will allow us to further diversify our generation portfolio,” said Mr. Bong-soo Ha, executive vice president and chief global business officer, KEPCO. “We expect further cooperation with Canadian Solar and are also pleased to be working with an industry-leading developer like Recurrent Energy as we grow our presence in the attractive U.S. solar market.”

Recurrent Energy, the developer of Canadian Solar’s US projects and a subsidiary of the company is to continue to provide asset management services to the projects, which were completed in 2016.

3 May 2023
Large Scale Solar Summit is coming back to the US after a sell-out year in 2022! Designed as a meeting place for deal-making, we will not only discuss the most up to date topics and technologies but will also provide varied networking platforms so that developers, EPCs, manufacturers, asset owners, and investors can connect with possible clients and partners. Join us in Texas to meet with the top players in the industry and expand your network as business booms.
california, canadian solar, investment, kepco, pv power plants, usa