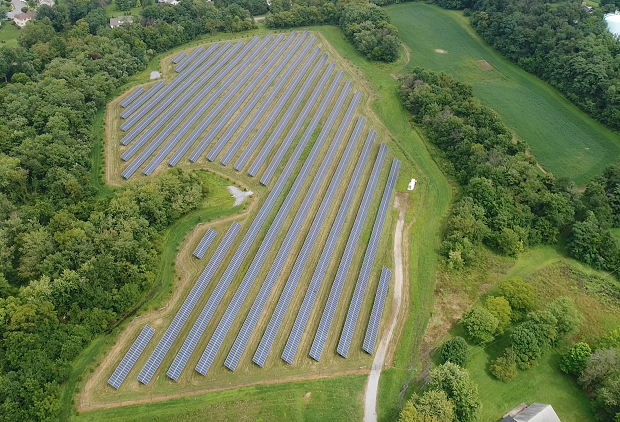 The University of Pennsylvania has signed a long-term power purchase agreement to procure clean electricity from what’s claimed to be the commonwealth’s largest solar project.

The agreement will support the construction of two solar arrays that will have a combined generation capacity of 220MW. That scale, Community Energy said, would be large enough for it to be Pennsylvania's largest operational solar farm.

The project itself will generate enough power to meet around 75% of demand from the university’s academic campus and the University of Pennsylvania Health System. That power is to be sold to the university under a 25-year PPA at rates competitive with the market, project developer Community Energy Inc, said.

Complementing the renewable energy output from an existing wind farm, the solar farms will also play a key role in helping the university progress towards establishing a carbon neutral campus by 2042.

Community Energy is expecting to start construction on the projects next year, with commercial operation slated to begin towards the end of 2022. The PPA is to commence in 2023.

Jay Carlis, executive VP at Community Energy, said the commitment from the University of Pennsylvania demonstrated “impressive and much needed leadership on climate change”, claiming the signed PPA was the “gold standard” for renewable energy procurement.

The development also comes little more than a year after the university’s state rivals Penn State University turned to prolific solar developer Lightsource BP to bring forward 70MW worth of solar projects for its own climate ambitions, projects which have since commenced construction.