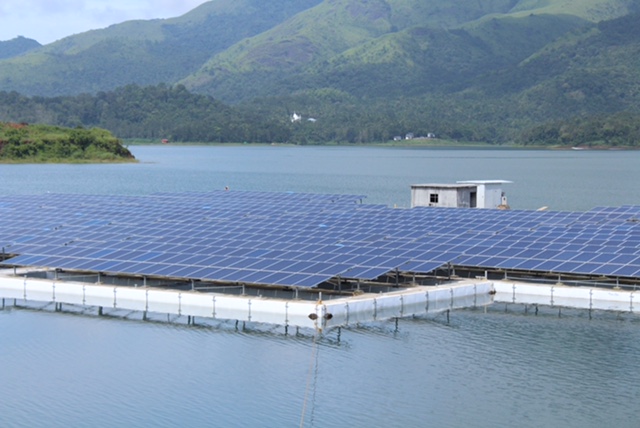 An initial feasibility study into a 600MW floating solar plant in the Indian state of Madhya Pradesh has concluded, with the plant expected to begin power generation by 2022 or 2023.

Set to be developed on a reservoir next to the Omkareshwar dam, the 2,000-hectare project will cost an estimated INR30 billion (US$420 million) to develop.

The Madhya Pradesh state government said the International Finance Corporation, World Bank and Power Grid have granted in-principle consent for cooperation in project development, while Madhya Pradesh Power Management Company has agreed to purchase 400MW of power from the project.

According to Hardeep Singh Dang, Madhya Pradesh new and renewable energy minister, a transmission line route survey will begin from the project to a nearby sub-station this month. Tender for the study of the environmental and social impact of the project area is also being issued.

The strong potential for expanding India’s floating solar portfolio was revealed in a study published last year by think tank the Energy and Resources Institute, which found the country’s reservoirs could be used to generate 280GW of solar power. It was reported in September that Indian state-owned power company Damodar Valley Corporation had proposed 1,776MW of floating solar projects at four of its dams in the states of West Bengal and Jharkhand, while the country's largest power company, NTPC, will include floating PV as part of efforts to develop 5GW of solar capacity.

While the Madhya Pradesh project will be among the world’s largest floating plants when complete, the first 1.2GW stage of a facility being developed inside the Saemangeum seawall in South Korea is expected to come online next year, making it the largest facility of its kind. Featuring around 5.25 panels, that installation will have a total capacity of 2.1GW when fully operational in 2025.