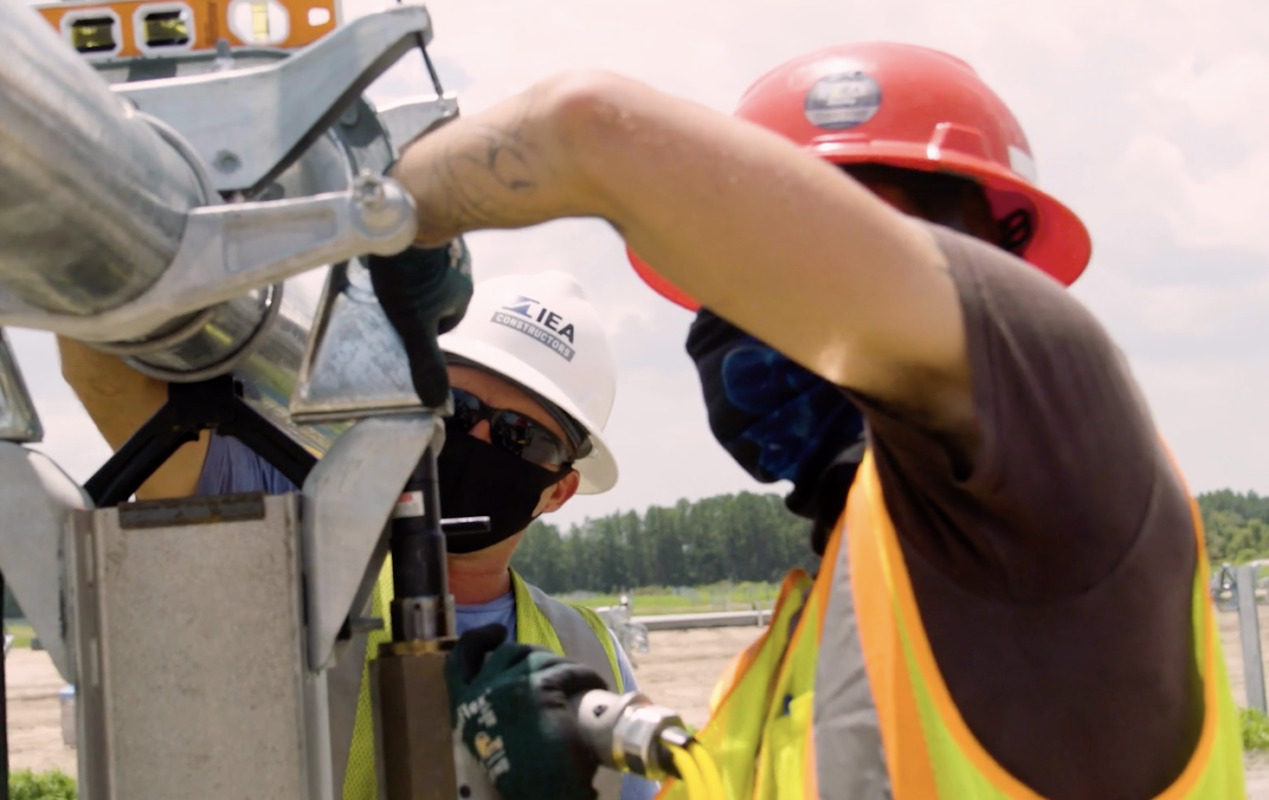 The project has now entered full grid-connected commercial operation, with BP to sell the energy generation through a long-term agreement.

It represents a US$250 million investment into Texas, with 320 workers on site during construction. The land Impact Solar is on is leased to Lightsource BP from local landowners, providing families with a diversified source of reliable income for 25 or more years according to the company.

Biodiversity around the site is to be boosted by planting wildflowers, which will support bees and other pollinators, as well as creating bird and bat shelters and providing habitats for reptiles and amphibians.

Orlando Alvarez, BP’s senior vice president, gas & power trading Americas, said that Impact Solar is “one of the many ways we are turning our net zero ambition into action”.

BP unveiled its plans to be a net zero company by 2050 in February 2020, setting its sights on amassing a 50GW renewables portfolio by 2030.

12 January: Respect Energy has revealed its plans to build a 203MW solar farm in the Pomeranian Voivodeship, Poland.

This comes as part of its partnership with German firm Goldbeck Solar, with the new solar farm set to generate around 230GWh per year.

Construction of the farm is scheduled to begin in Q1 2021, with energy to be generated in Q1 2022. Respect Energy is claiming it to be the largest complex of its type in Central and Eastern Europe, with it being one of the winners of an auction held by Poland’s Energy Regulatory Office in a bid to support the creation of more renewable energy sources.

Sebastian Jabłoński, the president of the management board of Respect Energy, said the company “firmly believes” its projects will support Poland's goal of achieving net zero emissions by 2050, describing the new asset as “ambitious”. It is also set to maintain the biological activity of the region, for example by installing an apiary on the premises.

14 January: Infrastructure and Energy Alternatives (IEA) has been awarded an engineering, procurement and construction (EPC) contract for a 100MW project being developed by Silicon Ranch.

Construction on the Lumpkin Solar Farm in Stewart County, Georgia is to begin immediately, Silicon Ranch said, and is to be completed in late 2021.

More than 300,000 First Solar Series 6 modules are to be installed across the 850-acre site, with IEA to hire around 300 craft workers. The majority of these will be recruited from the local labor pool in Georgia.

Silicon Ranch is funding the installation of Lumpkin Solar Farm and will own and operate the solar array for the long-term.

The farm is part of a portfolio of projects that will provide power to the Walton Electric Membership Corporation as part of the utility’s agreement to supply 100% renewable energy for Facebook’s data center in Newton County, Georgia.