PV Talk: PEG Africa on the evolution of pay-as-you-go solar 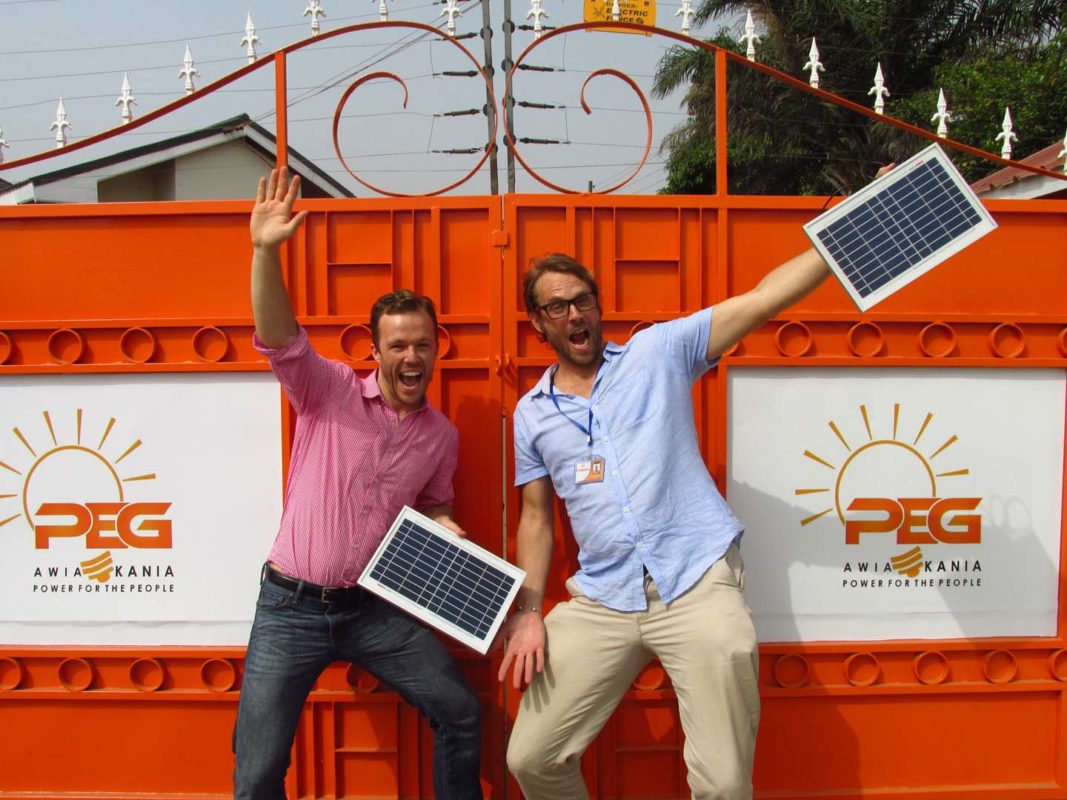 PEG Africa is a pioneering pay-as-you-go (PAYG) solar company focused on West Africa. Co-founder and CEO Hugh Whalan stopped by PV Tech to discuss why this business model is filling gaps in Africa's off-grid solar market, and how it has potential to evolve into meeting needs of consumers beyond electricity access.

What is PEG Africa?

Hugh Whalan: We are a West Africa-focused pay-as-you-go (PAYG) solar company. My co-founder Nate Heller and I have been working in West Africa for about eight years and for all of that time focused on solar and off-grid financing for rural households, so we have pretty deep experience in the market. We operate in Ghana and Côte d’Ivoire and have around 200 full-time staff.

What is appealing about the solar markets in Ghana and Côte d’Ivoire?

I’ve started three companies in West Africa, and Ghana was initially where I had a lot of contacts and relationships, so it made sense to start there. Around that time we selected it because it has a very educated population, a stable government and is probably the most peaceful country in Africa outside of South Africa; with seven peaceful presidential elections in a row. At the time when we started in Ghana, it had a pretty stable currency and was one of the fastest growing countries in Africa. Some of that has changed, but the fundamentals still exist, and it's a pretty good place to do business.

We chose Côte d’Ivoire because it's an exciting economy that is now recovering after a decade of conflict and has a big off-grid market which is quite interesting for us.

Could you explain the PAYG solar business model?

We sell small solar home systems, with panels about as big as a laptop screen together with two or three lights and a torch and radio, to off-grid consumers who earn US$5-US$10 a day. We sell these systems mostly on credit; so a customer will pay a US$30 or US$35 deposit and take the system home with them and install it in their own home. They will pay off the remaining balance of the loan over a period of about 12 months using mobile money. Once they have paid off the balance of the systems after a year, they own it outright. And we would expect that they would save US$600-US$800 over five-year life of the system. It is most likely the best investment our customers ever make.

Is this model exclusively for off-grid customers?

We target off-grid. Probably 90% of our customers are fully off-grid with no access to electricity. 10% of our customers do have some grid access, but that's not necessarily our target customer. Such customers would typically use the system as a back-up to the grid or they might use partially the grid, partially our system. But we've found that the place where we can have the most impact, and where customers need our system the most, is in the off-grid sector.

We’re seeing more and more PAYG solar in Africa. What is it about this model that does well in this market?

Right now in Africa there are half a billion people without access to electricity, and most of them are relatively poor; earning US$1-US$10 a day, but spending up to 30% of their income on poor quality polluting fuel like kerosene, candles and batteries. They often have to travel kilometres just to go and charge their phone and pay for that to happen. So the status quo is quite expensive for that customer segment. Also they are typically hard to reach with national electricity grids and are ignored largely by product and service providers because they are too far, or too remote or too poor.

PAYG solar recognises that customers spend a lot on energy and they don't have a lot of cash up front, so they can't buy a solar home system for cash. PAYG allows a customer to pay for a solar asset over time; displacing their current expenditure on kerosene, candles and batteries. It really mimics their spending patterns in that it's no different from how they would be spending (bit by bit) on the status quo, but the difference is that they are gaining ownership in an asset that eventually they will own outright. Once they have ownership, it will mean they no longer need to spend on energy for a very long time.

We’d always been doing financing for solar; it’s just we were doing it the tough way – it wasn’t technology enabled.”

What was it initially that made you want to get involved in PAYG solar with PEG?

We saw technology evolving. We'd always been doing financing for solar; it's just we were doing it the tough way – it wasn't technology enabled. It was relying on us repossessing a system if somebody stopped paying. But we saw PAYG starting to creep into the market and we thought that was a smarter solution than we had been trying. It's really been a natural evolution in this market I think; using technology to drive the ability to reach further and further into remote and poorer customers. You can manage these customers remotely using that technology as well.

One of the top three reasons that customers kept telling us they couldn't pay on time was that they would have some kind of health issue and they would need to go into hospital. And often if you are still living fairly day-to-day, an unexpected health expense can basically put you out of action for a couple of months.

So we thought insurance cover was something we could address to the benefit of our customers and to the benefit of the business. We started working with a company called BIMA who are underwritten by Prudential. What BIMA do is create bespoke insurance products. We pitched them the idea of working with our customers and convinced them that this was an interesting market segment for them. So now our customers who pay on time receive free hospitalization insurance and we find that it actually improves our repayment rate from customers; because they value it, they want it, and this gives a little extra incentive for them to keep on track.

I wouldn’t be surprised if PAYG solar ended up delivering a whole range of products and services that meet the needs of the customer; in fact I think that’s the next natural evolution.”

It's an example I think of the ability of this business model to deliver a range of different products and services. It's not a significant additional effort for us to do this because we already interact with customers and we already have a lot of information on them. I wouldn't be surprised if the PAYG model ended up delivering a whole suite and range of products and services that meet the needs of the customer; in fact I think that's the next natural evolution. Obviously solar is probably the first entry point into the household, but these customers need and want so many things, and we will be positioned to provide a lot of those things.

What makes PEG stand out from other PAYG solar companies?

The key thing for us is that we are very focused on a specific customer segment and a specific geographic region. We think West Africa is a different market and has lots of challenges but also has lots of opportunities compared to the East African market. We've got the most experience in that region having worked in that region longer than anyone. We ultimately think that our focus on going deep in a small number of contiguous markets is going to allow us to develop leadership in those markets by understanding and meeting the needs of the customers better.