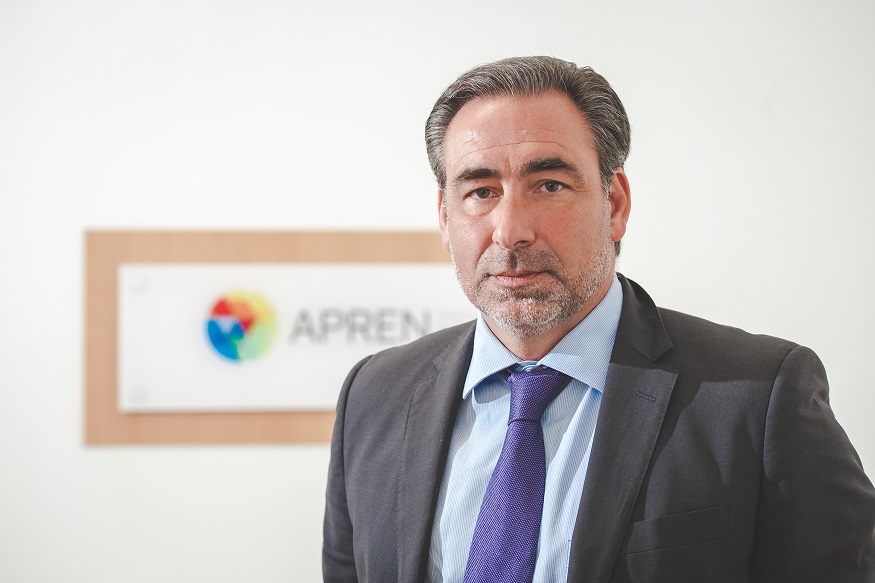 Will Portugal get there? Pedro Amaral Jorge, CEO of national renewable association APREN, believes the country’s solar goals lie within reach and has ideas on how the government could bring down the remaining obstacles. The executive – also a speaker at Solar Media’s Solar Finance & Investment Europe event in London this week – walked PV Tech through his views on regulatory red tape, the potential of storage and how auction winners will make money from ultra-low PPA tariffs.

Pedro Amaral Jorge: We’ve got the same restrictions as others in Europe: licencing, permitting and grid access. Under the new EU directive [on renewables], countries have to invest in these areas and ensure they create processes so that [project] licencing and permitting can be achieved within 24 months.

As long as Portugal complies with the law I think we’re going to get to 10GW. It’s not going to be easy but I think we’ve still got time to set a streamlined process for it to happen. With the track record Portugal has already shown on wind and hydro, I think the country will follow the same process to achieve a high incorporation of PV, both centralised and decentralised.

PV Tech: What is the current system for licencing and grid access, what are the obstacles?

Pedro Amaral Jorge: In Portugal we’ve got many bodies that must be consulted for licencing and permitting, such as the environmental protection agency [APA], the forest conservation institute [ICNF], the municipalities and so forth. The government doesn’t have any direct power over these entities but could help by creating space in the national budget to hire more consultants, for instance.

Regarding the grid, we’ve got a few hydro, coal and gas power plants and 5GW of wind. The difficulty is now we’re going to shift from coal to renewables and we need to develop the transmission infrastructure for this to happen. A study from Portugal’s Directorate-General for Energy [DGEG] will look into the necessary grid upgrades – once we read the final version we’ll see whether the grid can cope with another 15GW of renewables. If if can’t, then it needs to be done.

Pedro Amaral Jorge: The numbers must be verified but at the end of 2019, we had around 700MW in installed capacity, split between 100MW decentralised and 600MW in large-scale projects. We expect, based on the national budget, that at least 1.5GW will be installed and in operation by the end of 2020.

From ground-mounted to centralised, distributed and floating PV, all possibilities need to come into the equation. As long as we have specific technology auctions, all segments will be feasible; we just need to balance how much we can have of technologies still under development. At the end of the day, we need to decarbonise and, as the directive mentions, put the citizens at the centre of the energy transition – the benefits need to reach the end user.

PV Tech: The bids of €14.76/MWh emerging at last year’s PV auction saw some wonder whether developers can make money out of such cheap tariffs. What is your view?

Pedro Amaral Jorge: I believe that no one will bid for that much capacity without getting their act together and doing their homework. If a developer bids at €15 per MWh, they know exactly what the capex is going to be, the sort of funding they’re going to get, the terms of that funding, etc.

What these developers are probably doing is thinking in the long term and considering funding strategies other than common project finance – this, I believe, is where the approach can be different as capex and O&M will be the same for everyone.

PV Tech: Can Portugal emulate Spain’s shift to PPA and merchant solar and if so are financiers and investors ready to join the transition?

Pedro Amaral Jorge: I don’t know the details of the individual financing arrangements but I know for a fact that Banco Sabadell for instance is financing solar on PPAs and pure merchant. I’m not aware if any other banks are looking into this but I assume they are, because the energy transition is going to involve at least €30 billion in Portugal alone until 2030.

So I assume that financial players are putting themselves in line to look at this. But this is going to be a different game because if you’re selling to the market or you’re selling at a very low tariff, then the bread and butter project finance will not work and you'll need to come up with creative alternatives.

PV Tech: Given the need to strengthen the grid, what role do you think storage can play in Portugal’s energy transition and how can the government ensure the segment grows fast enough?

Pedro Amaral Jorge: Portugal’s target for 2030 is that 80% of all electricity generated will come from renewable sources. If you have this level of incorporation of renewables and you want to balance the market you’re going to need storage.

The question is – will it be only hydro or will you also look at batteries and hydrogen? It really depends on market prices going down so that [each segment] becomes economically feasible. Portugal has a huge capacity for hydro storage but we’ve got to keep in mind that the climate is changing and we’ll be having drier and drier years in the future – we will need to come up with alternatives to make sure we’ve got storage to balance demand.

From what we read, it looks like energy storage could be added as a third modality at the solar auction this year, where if you include storage and it brings more value to the national electricity system then you receive a connection point. The country has yet to develop specific regulations for industrial-scale storage, either batteries, hydrogen or others.

The prospects and challenges of solar's new era in Europe and beyond will take centre stage at Large Scale Solar Europe 2020 (Lisbon, on 31 March-1 April 2020).

March 29, 2021
Oil and gas company Galp has contracted a consortium to start construction work on its first large-scale PV plant in Portugal next month.