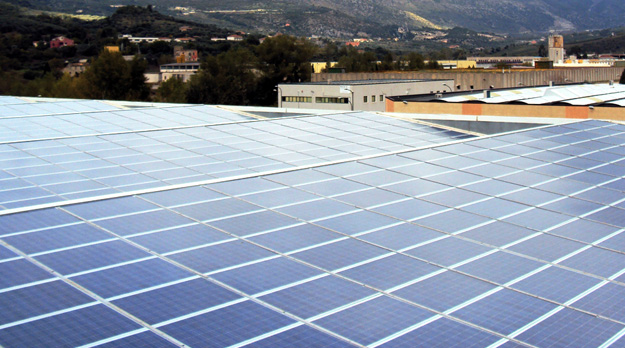 Other items impacting the growth of solar in the EU:

Two bodies at loggerheads over the MIP over the years have been EU Prosun, representing the European manufacturers side, and SolarPower Europe, an association that has been strongly opposed to the MIP. Their reactions follow:

For EU manufacturers ‘it’s about capacity and efficiency’

EU ProSun president Milan Nitzschke told PV Tech that European PV demand is more or less inflexible. In the last years where prices came down by 80% demand did not increase, he claimed. This is due to tender systems which by definition include caps. Thus one cannot expect that as soon as the trade measures are removed that Chinese suppliers will find customers that did not already have planned installations.

He added: “Therefore we expect that Chinese imports will replace imports from other countries and also domestic European production. There will be no increase of volumes altogether but a replacement of modules from Vietnam, Thailand, Korea, Taiwan, Malaysia as well as Germany, France, Italy and so on by Chinese modules and this is the tragedy here.

“There has been intense lobbying during the last years that made politicians believe that only the MIPs are the reason why the demand in Europe did not increase. This is a total fairy-tale.”

Without the MIP, prices for Chinese modules will be 5% lower, said Nitzschke, but this will not bring new installations. Instead, it will bring “quality manufacturers in a very critical situation because they have to compete” with the newly lowered prices.

“It is exactly touching the benchmark where you cannot produce your product for the price you are getting on the market,” he added.

He also claimed that there are still 40 manufacturers in Europe making modules, with a few still making cells. All of them same will suffer serious injury, but hope lies in European manufacturers investing in new higher efficiency technology

“Some of the manufacturers know very well that the only chance to survive is not to just maintain production but to increase capacity and to invest in technologies,” added Nitzschke. “It’s about capacity and efficiency.”

He claimed that higher levels of automatization had led to the European industry in general producing modules of higher quality than China, while claiming that many projects in Europe have failed in the past by using tier 2 or tier 3 modules from China, but that is not to say that all Chinese product is low quality nor that all European produce is high quality.

Reflecting on the European Commission’s argument that there “the market situation has not changed” in the last 18 months, Nitzschke pointed to China’s policy overhaul, and the US tariffs and elsewhere as key market changes.

‘A new solar age in Europe’

Dr Christian Westermeier, president of SolarPower Europe, released the following statement: “This is a watershed moment for the European solar industry. By removing the trade duties, the European Commission has today lifted the single biggest barrier to solar growth in Europe. The Commission's move to end the trade measures is unquestionably the right one for Europe, we expect to see a significant increase in solar jobs and deployment – which will only propel the energy transition in Europe.”

James Watson, CEO of SolarPower Europe, added: “Today the European Commission has unleashed a new solar age in Europe. The trade measures have made solar much more expensive than necessary in Europe, by removing them, solar will now be the cheapest form of electricity in many EU countries – this means that many more consumers and national governments will be able to invest in solar. The removal of the measures will also help EU manufacturers along the solar value chain through increased demand for their products. This decision coupled with a strong industrial strategy as proposed through the European Commission's Clean Energy Industrial Forum will also undoubtedly increase the amount of solar products made in Europe.”

“China welcomes the EU's termination of PV dual-reaction measures against China. The Sino-European PV trade dispute has been gradually resolved. It is the result of the joint efforts of the government and the industry under the high-level concerns of both sides. It is a model for successfully solving trade friction through consultation. The EU's termination of China's PV dual-reaction measures will restore the Sino-European PV trade to a normal market, provide a more stable and predictable business environment for the cooperation between the two sides, and truly realize mutual benefit and win-win between the two industries. Photovoltaic products are important clean energy products, and their increasingly widespread application is beneficial to countries to effectively deal with climate change.”

Greg Arrowsmith, policy advisor at the Association of European Renewable Energy Research Centres (EUREC), told PV Tech: “Europe can do a lot more to support its PV industry than maintain the MIP, especially today. The MIP did however demonstrate that when push came to shove, the EU put fair trade above free trade, and that was the right policy.

“EU countries need to create space in the subsidised part of the PV market for technologies and products with excellent environmental profiles. We signed a letter in May calling for this. European technology can and should meet such criteria.”