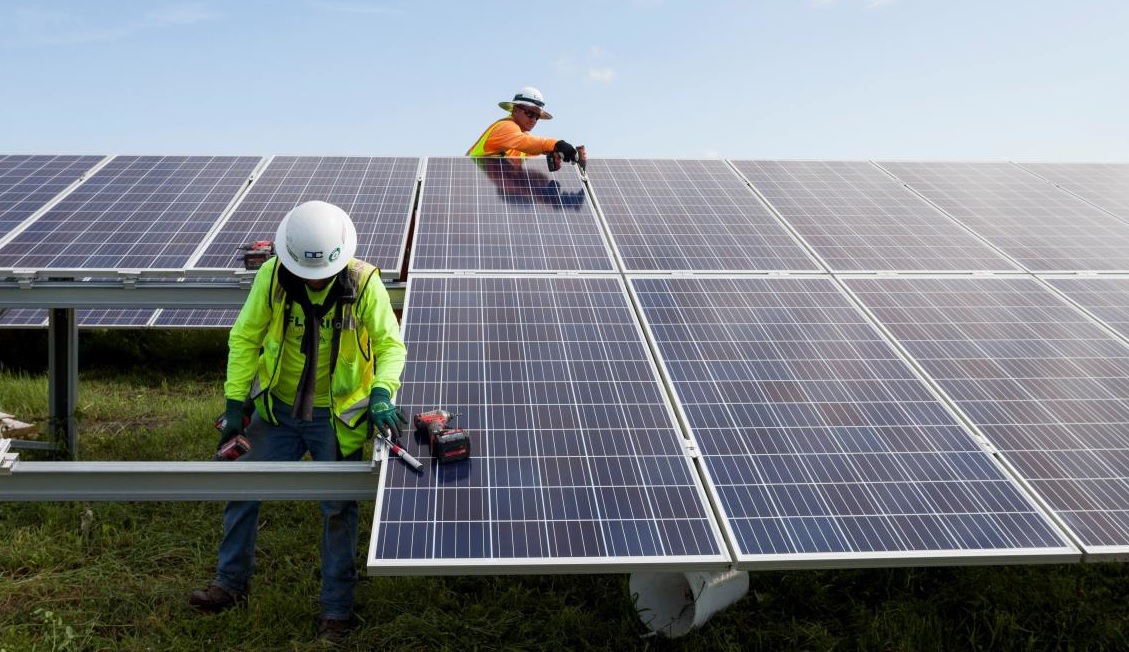 A series of issues that initially centered on the US Section 201 case, the US v China trade, China’s 531 New Deal and India’s trade tariffs, combined to slice around US$3 billion from the total global corporate funding into the solar sector in 2018, according to Mercom Capital Group.

With solar industry funding declining by 24% to US$9.7 billion in 2018, compared to US$12.8 billion raised in 2017, trade and policies issues created uncertainties in the finance sector, which could linger through 2019. 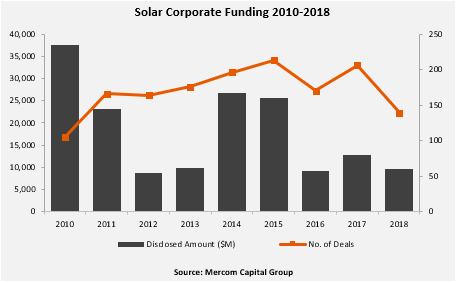 “2018 was a year filled with uncertainties which started with Section 201 tariffs followed by an announcement from China that it was capping installations and reducing its feed-in-tariff. More bad news came from India which imposed safeguard duties on imports. Uncertainty stemming from the three largest solar markets in the world was reflected in equities of publicly-traded solar companies as well as fundraising activity during the year,” commented Raj Prabhu, CEO and Co-Founder of Mercom Capital Group.

Despite the sector gloom, certain sector activity increased in 2018, over the previous year.

Mercom highlighted that the solar sector actually set a record in 2018, which was related PV power plant project acquisitions, which totalled 29GW in 2018, compared to the 20.4GW in 2017.

“About 100 GW of large-scale projects have been acquired since 2010, a reflection of how far solar has come as an asset class. Quality solar projects are now a mature, attractive investment opportunity around the world,” added Prabhu.

Mercom also noted that the Public market financing actually increased to US$2.3 billion in 2018 from 21 deals, compared to US$1.7 billion raised in 33 deals in 2017. 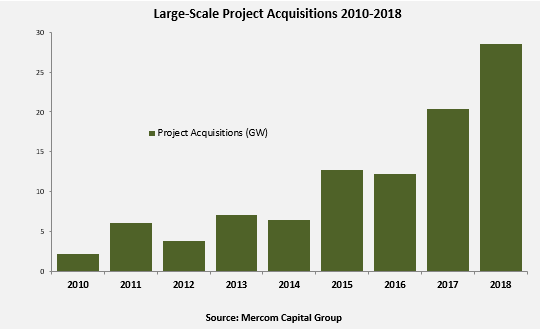 Yet the market uncertainties impacted this sub-sector as Mercom noted that a total of 182 investors funded about 15GW of large-scale solar projects in 2018, compared to 20.5GW funded by 161 investors in 2017.

This was also true of  announced debt financing rounds, which declined by 36% in 2018, reaching US$6 billion from 53 separate deals, compared to US$9.5 billion raised in 74 deals the previous year.

The top investors in large-scale projects included the European Bank for Reconstruction and Development (EBRD), which invested in 16 projects, followed by the Dutch development bank FMO with seven deals, and Natixis with six deals, according to Mercom. 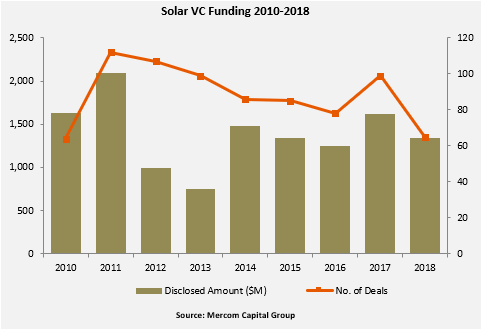 Solar sector VC funding, which has shifted to the downstream business sectors in recent years led to US$37 million invested into PV technology companies, with Service Providers securing US$28 million.

Investments into Balance of System (BOS) companies reached US$25 million, followed by Thin-film companies with US$25 million and Concentrator Photovoltaics (CPV) companies securing US$2.4 million.

Mercom said that the top solar VC funded company in 2018 was Cypress Creek Renewables which raised US$200 million, followed by GreenYellow with US$174 million and Amp Solar with US$154 million. Wunder Capital secured US$112 million, and Sunnova Energy raised US$100 million.

11 October 2022
PV CellTech Extra will be held as a series of live webinars and on-demand sessions on 11-13 October 2022. We'll be taking a slightly further forward-looking view at the technologies and roadmaps for new cell architectures set to dominate mass production during 2023-2025 with special emphasis on the potential timelines for technologies beyond the single-junction cell design, including perovskite and hybrid concepts.
finance, investment, mercom, pv power plants, solar pv