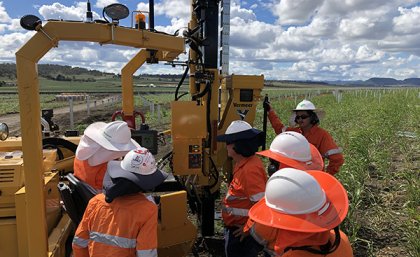 23 April: The Asian Development Bank (ADB) has approved an umbrella facility of up to US$100 million to support loans, guarantees, and letters of credit for private sector investment in renewable energy in Pacific island countries, where funding for utilities is inadequate.

“The program will help to build urgently needed capacity for energy sector expansion and private sector interest in clean energy projects in the region,” said PARD director general Carmela Locsin. “The objective is to implement more renewable energy projects in the Pacific by working with power utilities to identify transactions at an early stage.”

“PetroSolar is pleased to add power supply to the Luzon grid especially during these times of thinning power reserves that have led to instances of rotating brownouts. Our commissioning of Tarlac-2 supports the Department of Energy’s (DOE) mission of ensuring more power supply as the country heads into the important May elections. We are also proud that our commissioning of Tarlac-2 comes a year after we put our 12MW Maibarara-2 geothermal plant into commercial operations last April 30, 2018,” said Dave P. Gadiano, energy marketing manager of PetroGreen Energy Corporation (PGEC).

18 April: The University of Queensland has started construction of the 64MW UQ Warwick Solar Farm, which is due to start supplying power in early 2020.

The university claims that it will become the world’s first major university to offset 100% of its electricity use from its own renewable energy system.

There are also plans for electric car charging stations by the end of the year and a visitor information centre offering guided tours of the project.

Technique Solaire has closed on €54 million financing for 47MW of solar in France spread across 64 systems on rooftops, greenhouses and shadehouses.