Construction of a 10MW solar farm as part of the UK’s first hybrid solar PV, energy storage and wind site has officially begun.

The 10,000 PV panels being installed at the Carland Cross site in Cornwall in the south of England are to complement the existing 20MW wind farm and 1MW battery energy storage system. It marks the first time these technologies have been combined on such a scale, and forms part of a wider planned portfolio of hybrid sites by Iberdrola-owned ScottishPower.

These plans to retrofit the UK utility’s wind farms with solar and storage were first announced in late 2019, following on from the company applying to build a 40MW solar farm with 10MW of battery storage in Scotland backed by a private wire connection with pharmaceutical giant GlaxoSmithKline.

Plans to install a 40MW solar farm and 50MW of battery storage on the site of its Whitelee wind farm – currently the UK’s largest onshore wind farm – are also underway, with these to support green hydrogen production.

The solar PV being installed at the Carland Cross site is expected to achieve its first export later this year, and is to be followed by two further solar farms at ScottishPower wind farms.

Keith Anderson, CEO of ScottishPower, said: “There’s no doubt we’re in a race against time and speed is of the essence, but with that comes tremendous opportunity and our message is clear – if you halve the time, we’ll double the investment – and that will bring significant and lasting change.”

UK large-scale solar development is continuing to surge, with the pipeline of new ground-mounted sites reaching almost 17GW at the end of April 2021, with 800-900MW of new sites being identified every month according to Solar Media’s latest market research.

In March alone, Statkraft unveiled two new projects with a combined capacity of 84MWp to be developed in Cornwall and a third 41.5MWp project located in Suffolk which is to be paired with a 55MW battery, while Lightsource bp revealed it would use nearly £20 million of government funding to develop a solar-powered green hydrogen project at the South Wales Industrial Cluster and EDF acquired two 49.9MW projects.

Utility-scale solar deployment in the UK will be covered by Solar Media Market Research’s Utility Solar Summit UK event, taking place between 15 – 16 June 2021. For more information on this virtual conference, including on how to participate, click here.

6 October 2021
The future is bright for a new era of US solar and storage, and the 8th annual Solar & Storage Finance Summit will provide opportunities to discuss solutions to the industry’s challenges and provide a networking platform designed to bring together the top minds in the industry to do business. With a mix of high-level, informative presentations and panels, a stellar cast of speakers and audience members with deal-making capacity, the 2021 edition of the event will be a sell-out success.
ground mount, hybrid, large scale solar, ScottishPower, solar wind hybrid, solar wind storage, storage, united kingdom, utility scale solar, wind and solar 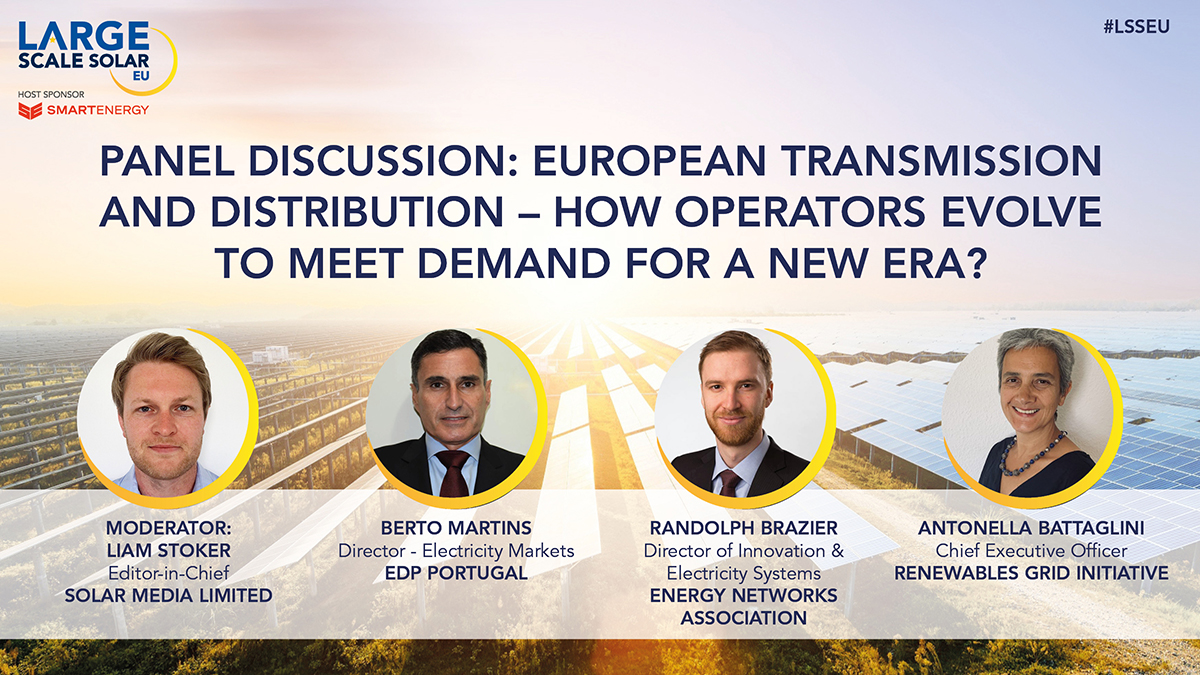 VIDEO: How will grid operators evolve to meet demand for a new era

May 28, 2021
Grids continue to be a thorn in the side of European renewables as long connection queues and exorbitant fees risk stymying the clean energy transition. In this exclusive discussion from Large Scale Solar Europe 2021, we hear how grid operators are adapting to the demands of clean power generators.