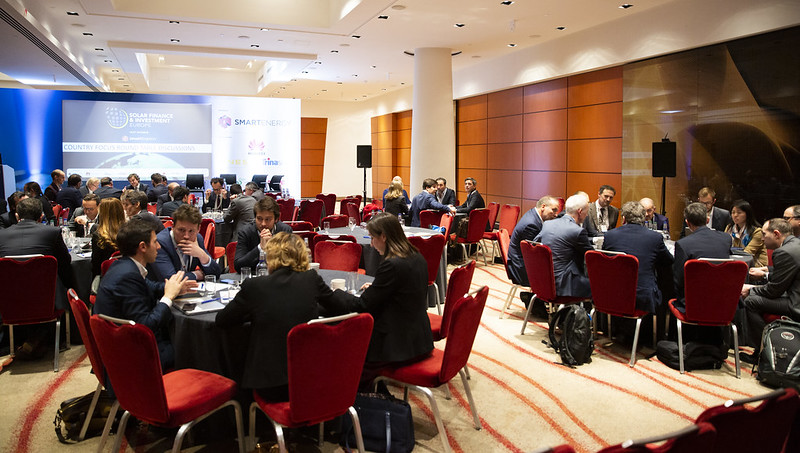 Speakers at Solar Media’s Solar Finance & Investment Europe event this week were adamant Spain’s current solar boom will hold, despite warnings that PV players will have to battle grid bottlenecks and dominant utilities if they are to seize the opportunity.

A session of the two-day event in London produced a consensus that Spain is not headed towards a solar finance bubble, despite the rush by foreign players that is threatening to overload the grid and seeing many firms gamble on riskier funding terms.

Speakers’ optimism at the Spain-focused debate did not, however, stop many from pointing at the speculation the country’s PV star status has triggered. James Sibony, CEO of Iberian developer Esparity Solar, warned of bottlenecks despite his faith that Spain will grow “substantially”.

“Big numbers are being bandied around but we’re seeing quite a few speculative developments from firms without the substance to get to financial close,” Sibony remarked. “Finding land and financing is challenging and we see many developers struggling to find a market for that.”

Eduardo Soria, operating partner at Spanish investor Everwood Capital, expressed himself along similar lines as he warned many of the projects he sees are “not viable”, given their issues with green permits and connection points. “This will continue to be a seller’s market”, Soria added.

Quizzed over grid issues, Esparity’s Sibony noted that money “is going to the wrong places”; he rued the “ignorance” of those applying for space at substations publicly known to be saturated. Spain’s upcoming decree on grid access will help “tidy up” the market, the CEO predicted.

Storage could too help Spain shelter its grid from the influx of new capacity, Sibony said, adding that Esparity is designing all its projects with the view that batteries and others will be added one day. “Obviously, costs need to come down and the regulatory framework needs to be clarified”, he said.

Warnings around bottlenecks aside, speakers sounded buoyant about what Soria described as Spain’s upcoming “change of paradigm”; its plans for an energy transition that should see installed PV capacity grow from 8GW-plus (2019) to 23.4GW (2025) and 37GW (2030).

The talk at the session was of a Spanish market bolder around merchant plays, amid claims “smart money” is going down this route to maximise value. Director Roger Font of Banc Sabadell – the sponsor of Renovalia’s 79.2MW merchant push in Spain – said demand for merchant funding currently exceeds what banks can provide in Spain.

There to offer a case study on what subsidy-free solar looks like in practice was Solarcentury’s Peer Piske, who shared the latest on the firm’s 300MW Talayuela scheme in Extremadura. Backed by a 10-year PPA, the under-construction project has taught Solarcentury the importance of reducing complexity by creating a repeatable PPA process, the business development director said.

Solarcentury, said Piske, had tried to stick to “realistic” project timelines and designs, handling pre-construction steps – permits, green assessments – before financial close. “With subsidy-free, the key is bringing together the developers, advisers, equity sponsors, offtakers and others,” he said. “It’s a really big table and it’s about managing different expectations and interests.”

Like the day prior at SFI Europe, fears that Portugal’s ultra-low PV tariffs will spread if Spain copies its neighbour’s auction design emerged at the Spanish session. “It’s a concern,” said Everwood’s Soria. “At the end of the day there is no need for prices to drop further. We are already very competitive.”

Tariffs as low as Portugal’s €14.76/MWh will mostly give large utilities an advantage, Soria went on to say, adding: “We don’t think Spain’s current government is very supportive of large corporations, they’ll probably think it twice before designing auctions that benefit big rather than small firms.”

According to Soria, the solar dominance of large utilities and oil and gas majors in Spain will extend to developments more broadly. “Look at Enel, they will be short as they shut down coal and have a clear incentive for the secondary market,” he said. “We’re also seeing it in the news from Galp and Repsol – they’re trying to become electricity producers.”

The prospects and challenges of solar's new era in Spain and the rest of Europe will take centre stage atand Large Scale Solar Europe 2020 (Lisbon, on 31 March-1 April 2020).