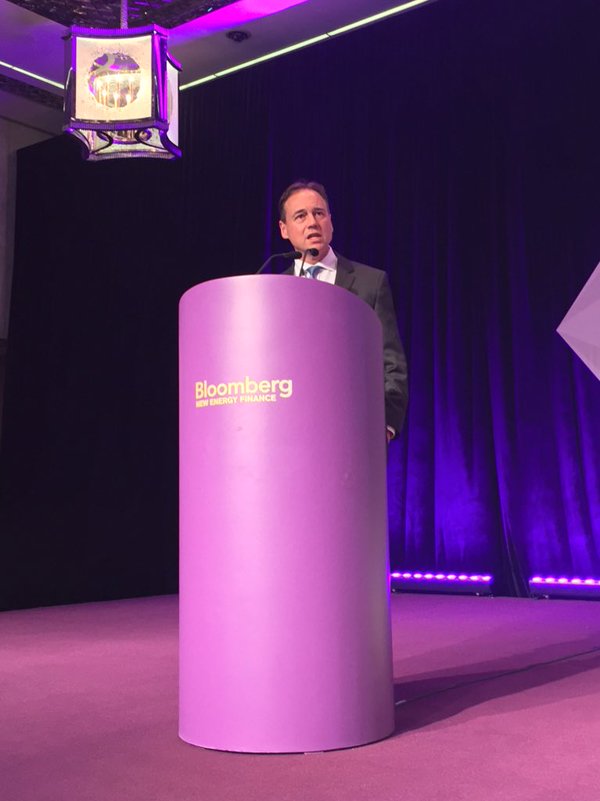 Australia’s environment minister Greg Hunt has hinted that his government has a new “positive agenda” in support for renewables, while speaking at the Bloomberg New Energy Finance ‘Future of Energy Conference’ in Shanghai, China, today.

Renewables investment and deployment stalled under former prime minister Tony Abbott’s reign, with new figures from the Clean Energy Finance Corporation (CEFC) today showing that there was a 34% drop in investments in large-scale renewable energy projects in 2014/15. CEFC is a government body aiming to mobilise capital investment in Australia's clean energy sector.

Many stakeholders, including the CEFC, have blamed the infamous 15-month wait for a decision on reducing the country’s Renewable Energy Target (RET) under Abbott’s reign as a major barrier to investor confidence.

While the recent arrival of incumbent prime minister Malcolm Turnbull renewed hope in the sector, until now there has been little rhetoric in support of renewables.

However, at the Shanghai conference, Hunt said: “Today I want to focus on the positive agenda that the Australia has in place to harness energy innovation, support renewables and reduce emissions.”

Hunt cited his recent formation of the Office of Climate Change and Renewables Innovation within the Department of the Environment, which concentrates around AU$15 billion (US$10.8 billion) of incentives in clean technologies, innovation and emissions reduction. He also pinpointed a particular focus on solar energy and energy storage.

As opposed to Abbott, who had threatened to disband the CEFC, Hunt also praised CEFC’s collaboration with the Australian Renewable Energy Agency to support the deployment of large-scale solar with a package of AU$350 million.

The promising signs of new government support for renewables come the day after the CEFC released its Annual report 2014/15, which showed that its overall investments in clean energy were down by 31% in a year, from around AU$4.6 billion (US$3.3 billion) in 2013/14 to just AU$3.17 billion last year. This included energy efficiency technologies, private equity and public markets. Research and development took the biggest hit with a 91% drop in investment.

Large-scale renewable energy (>10MW) investment dropped 34% from AU$1.135 billion to AU$750 million. However, AU$544 million (73%) of these investments in 2014/15 took place in the final quarter. Before this period, investments were down 82% compared with the same period in the previous year.

She said that uncertainty regarding the RET had negatively impacted investment in utility-scale projects with an agreement to reduce the target from 41,650GWh to 33,000GWh by 2020 only reached in June this year. After June, the CEFC saw some renewed interest among large-scale renewable energy developers, but issues remain for longer-dated projects that require some certainty of an RET after 2020.

Broadbent said that CEFC’s focus on energy efficiency in response to lower utility-scale demand was at odds with the global trend, which had seen an all-time record year of around US$320 billion of investment in clean energy.

CEFC listed a number of policy changes and reviews that had affected or disrupted its investments in Australia's renewables in 2014/15:

In August the number of small-scale PV installations on residential rooftops in Australia approached 1.5 million.

7 April 2022
Solarex Istanbul, Turkey’s first and unique exhibition on solar energy, provides a huge opportunity to Turkey on the way to being a solar energy hub. Solarex Istanbul will take place on 7-9 April 2022 for the 14th time. It will be a commercial platform to have the latest technologies and combination of new products from all around the world. It takes place annually at Istanbul Expo Center, Turkey. It is also called the most important platform for manufacturers, suppliers and dealers of the solar industry in Eurasia.