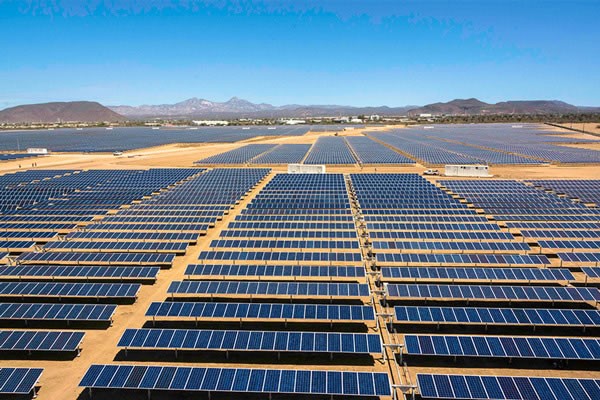 Major PV inverter manufacturer SMA Solar Technology reported a rebound in shipments and sales in the third quarter of 2020, driven by a recovery in demand after its Q2 financials were hit by project slowdowns in Europe and the US due to COVID-19. 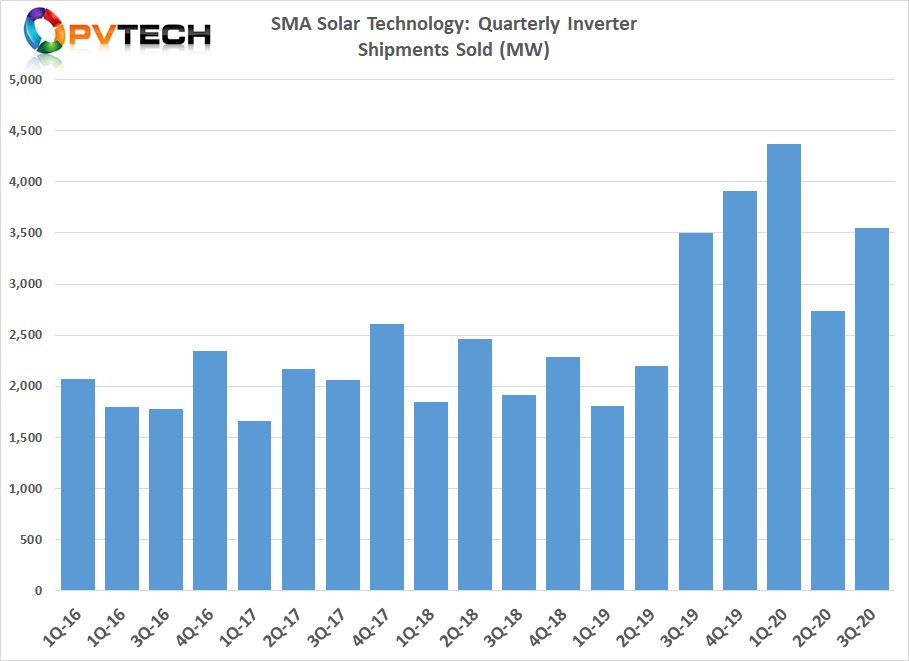 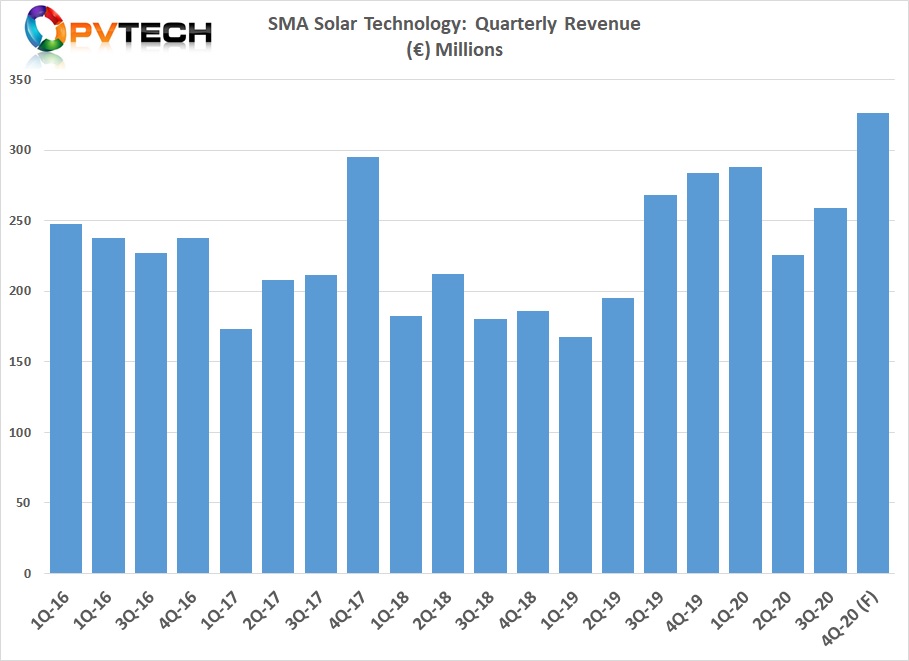 Product order backlog at the end of the third quarter stood at €331.5 million, slightly up from €321 million in the previous quarter. This was the first quarter SMA Solar’s product order book had increased since the second quarter of 2019. 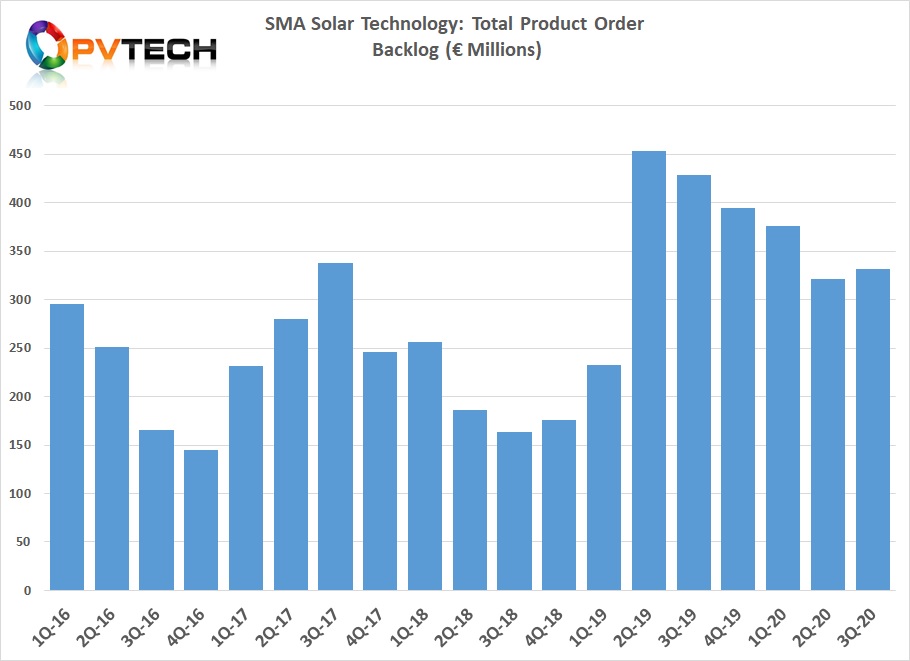 SMA Solar’s CEO, Jürgen Reinert said, “The effects of the global coronavirus crisis have also posed major challenges to SMA over the past nine months. I am therefore all the more pleased that, in spite of the declining market, we generated significant growth in sales and earnings and thus gained market share.”

The company reiterated previous full-year revenue guidance to be in the range of €1.0 billion to €1.1 billion, indicating fourth quarter sales could be as high as €326 million, which could be a recent record quarter for the company.

SMA Solar also guided full-year EBITDA to be in the range of €50 million to €80 million.