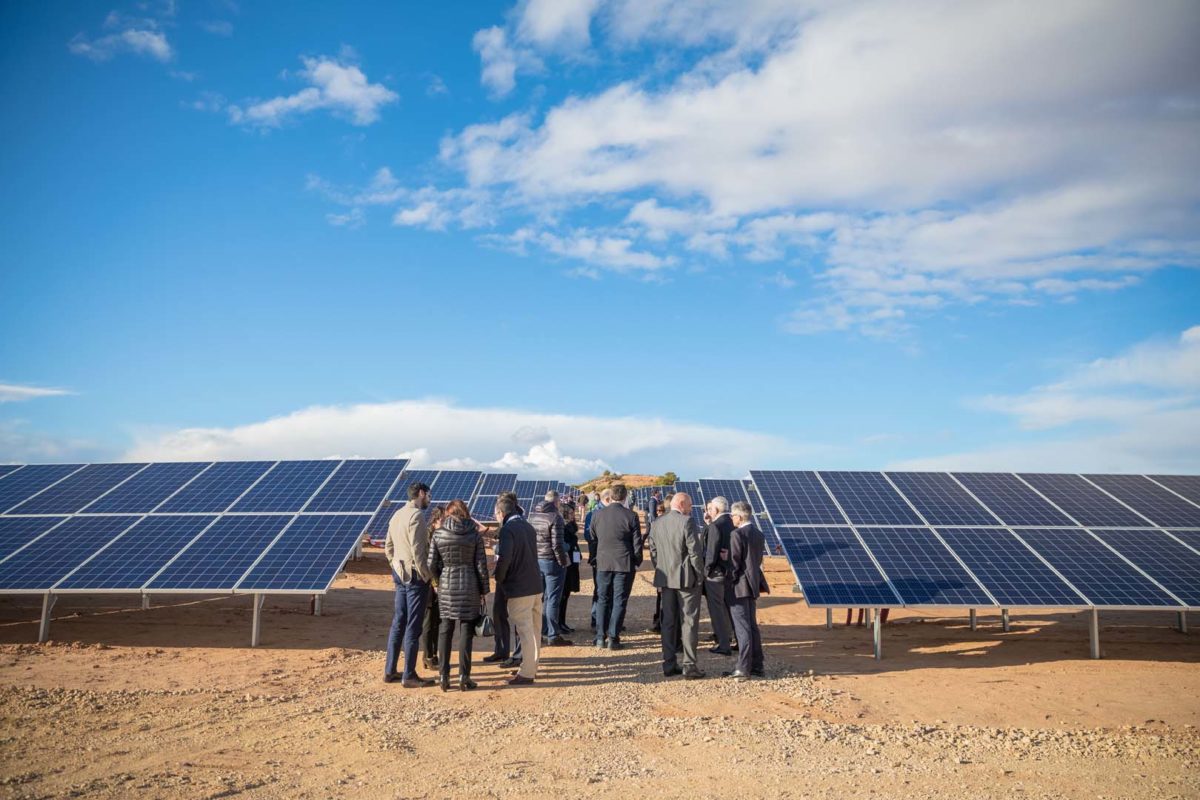 SPONSORED.- The journey of renewable investor Smartenergy in its first few years of existence – from Spain to elsewhere and back to Spain – epitomises that of European solar itself.

Incorporated in Zürich in 2011, the firm first headed to the Southern European country, investing family office money in subsidised solar projects in the early 2010s. In 2014, after enduring tough Spanish times of feed-in-tariff u-turns and regulatory uncertainty, Smartenergy opted to branch out to projects in Germany, the UK and Chile.

Two years later, the time came to re-focus on Southern Europe. Deals including the takeover of developer Pvgen Solar helped build an Iberian PV and wind portfolio that stands today in the upper-hundred-megawatt region, split between Portugal (60%) and Spain (40%).

The focus on Portugal in particular comes at a momentous time. The socialist government of the prime minister António Costa has set its sights on boosting PV solar; particularly in southern regions, it sees huge potential in an industry that only supplied 1.5% of national energy use last year. Targets have been set for installed capacity to soar from 572MW in 2018 to 1.6GW (2021) and 8.1GW-9.9GW (2030). The solar auction planned for June or July – Portugal’s first ever – is meant to help get the ball rolling.

The government’s attitude shift has been well received by the Smartenergy ranks. “They’re very open to solar and showing a commitment to meet the goals they’ve set,” CEO Horst H. Mahmoudi tells PV Tech. “Their new ministry for the energy transition, the manpower increases across key bodies… they are trying to get things done.” Cultural factors also help, he says. “They both may share the same peninsula but Portugal’s approach can be different to Spain’s. For investors, for institutional players, it is easy to appreciate for instance that plenty of staff speak English, which sometimes is missing in Spain.”

Asked if Costa’s government is aiming too high with its 8.1GW-9.9GW by 2030 target, Mahmoudi points at grid challenges, as pressing in Portugal as they are in Spain. But on this point too, he expects Portuguese authorities will make the right call. “From our conversations, it sounds like there could be an option for future projects to tender for capacity,” Mahmoudi notes. “This could see investments diverted to grid upgrades, and help with the currently saturated connection points.”

Quizzed over potential Portugal moves, other developers have pointed at the country’s small economy and scarcity of corporate offtakers. Mahmoudi is not convinced by the premise, however. “Even if you struggled to find a Portuguese name, the single market means you can easily find a Spanish offtaker provided you comply with regulatory standards,” he argues. “And PPAs are not the only option. If you’re fine with lower leverage, you can also finance projects through 4-year futures contracts on [the Iberian derivative exchange] OMIP, for instance.”

Smartenergy’s own finance recipe for PV projects is three-fold. The firm uses PPAs to partner with third parties or alternatively, engages in pure hedging on OMIP and Germany’s similar exchange EEX. A third, more recent strategy is to deliver energy directly by investing in ventures such as Portugal’s Muon Electric, whose customer base is growing in the country.

According to Mahmoudi, this move into distribution stems from past experiences in Chile and other markets. “When power prices drop, it can be harder to get banks to back projects, while hedging at a fixed price means you can lose some of the value,” he points out. “If you really want a full value chain, you need your own end customers. The only people able to close the circle are those who go into distribution and that’s why we’re doing it.”

Whichever the route, developers working to build a PV portfolio face a balancing act as they interact with investors and utilities, Mahmoudi says. “Managing the expectations of all parties can be challenging and utilities have to be considered,” he remarks. “Given that they can be a bit slower than developers and investors, if they lose opportunities because all connection points have been taken then they may start lobbying for access. You don’t want utilities to be alone in setting the rules for the rest – we need to make sure this works for everybody.”

Portugal and Spain may have captured Smartenergy’s eye for the time being but is there space to mull forays elsewhere? Originally from Germany, Mahmoudi says the firm is always surveying opportunities in the country but adds: “As long as there are plenty of opportunities in high radiation countries, meaning Southern Europe, I would probably not go back to low radiation regions.”

Cultural affinity may also dictate expansion moves, Mahmoudi explains. “We have decided to start being as geographically close, as local as possible. In my case, that could be Germany, Switzerland, perhaps France,” he says. “You’re only able to do great deals where there’s a cultural, political fit – the five Portuguese people in the team are one of the main reasons why we’re successful in the country right now.”

29 November 2022
PV ModuleTech EMEA in Madrid on 29-30 November 2022 will address the factors underpinning the changing PV module landscape, gathering together all the key stakeholders across the value-chain from module production to field testing. Join us for presentations from the leading players in the sector, clearly identifying the opportunities and challenges set to impact module supply to Europe and the Middle-East over the next few years.
eex, europe, grid challenges, grid integration, hedging, iberia, lss, lss2019, omip, portugal, smartenergy, southern europe, spain