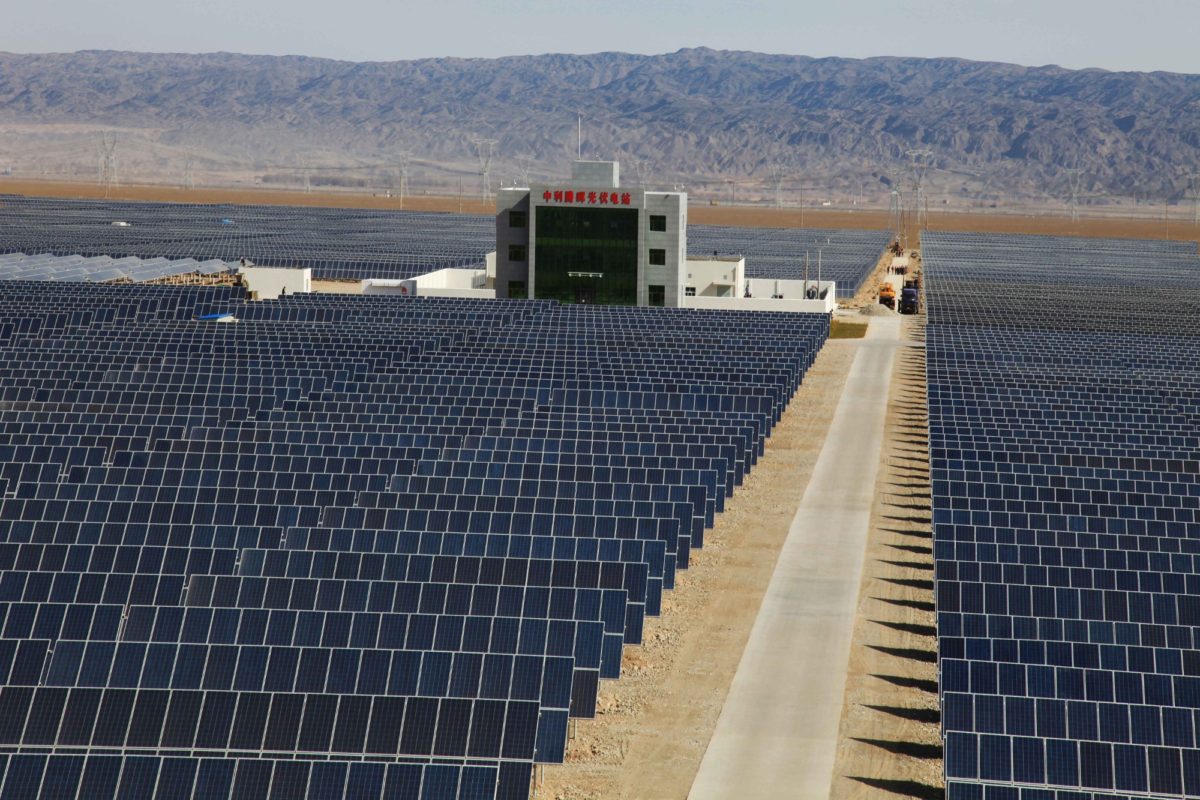 China’s newly announced ambition to reach carbon neutrality by 2060 and peak carbon emissions before 2030 looks set to spur on investment in solar and battery storage technology, as the country diversifies its power mix away from coal.

The surprise pledge, revealed by President Xi Jinping in remarks delivered at the United Nations General Assembly, represents the first time China has acknowledged the need to reach zero CO2 by mid-century.

A total of 508GW of non-hydro renewables are set to be installed in China between 2020 and 2029, according to Fitch Solutions, which says a reduction in grid bottlenecks and lowered curtailment will support increasing shares of solar and wind generation.

This will also be boosted by China’s ultra-high voltage transmissions technology, which connects provinces boasting surplus power generation with power consumption hub provinces. “We believe its success will be a crucial step for the country to transit away from carbon-intensive power production and pivot to a higher utilisation of cleaner, renewable sources, and at the same time, reduce air pollution,” Fitch said.

Questions remain about how China – a country that contributes about 28% of global emissions – aims to reach its 2060 goal and how it will define ‘carbon neutrality’. These may be addressed in its upcoming 14th five-year plan, to be unveiled early next year, which looks set to be crucial in determining the country’s efforts to tackle the climate crisis.

According to Gavin Thompson, Asia Pacific vice chair at Wood Mackenzie, that plan “has the potential to be the most important document in global energy market history”. He believes increased investment in solar, wind, electric vehicle and battery storage technology deployment will feature as well as support for green hydrogen and carbon capture technology.

“If any country can achieve such ambitious goals it will be China,” he said. “Strong state support and coordination have proven extremely effective at reaching economic goals; if this is now directed towards climate change then China is capable in transforming its carbon emissions trajectory over the coming four decades in exactly the same way it has transformed its economy over the past 40 years.”

While the 2060 announcement may trigger greener environmental ambitions from other major emitters, research from Climate Action Tracker (CAT) suggests that, if achieved, China’s goal could lower global warming projections by around 0.2 – 0.3°C.

The research consortium said if China were to update its Paris Agreement pledge to include the new 2060 target, global temperature increases of around 2.4 – 2.5°C would occur by 2100, instead of a 2.7°C rise without the targets.

China’s announcement comes a week after the European Union revealed plans to increase its 2030 emissions reduction target from 40% to at least 55%, an ambition the bloc says will put it on track to reach climate neutrality by 2050.

Bill Hare, CEO of Climate Analytics, one of CAT’s two partner organisations, said if China and the EU both submit these new steps to the Paris Agreement, it “would create the much-needed positive momentum the world – and the climate – needs”.