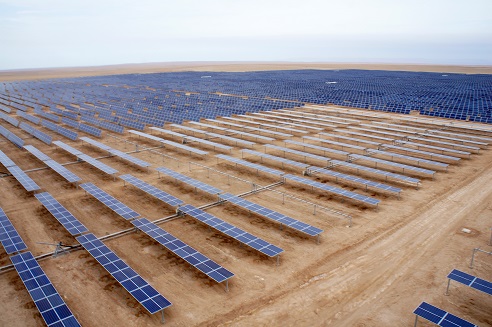 Solarpack has witnessed gains across several financial indicators so far this year, after progress across various construction contracts in Europe and South America.

Earlier this week, the Spain-headquartered EPC specialist posted revenues of €27.1 million (around US$30 million) for the first half of 2019, a 112% hike on the same period last year.

The rise in revenues and EBITDA comes as Solarpack marked progress with various solar projects under construction in Europe and South America.

In Spain, the firm was given in July the notice to start building a 50MW project in the Toledo province, one of a raft of PV ventures planned without government subsidies in the country.

The work of Swiss developer Aventron, the 90GWh-a-year Bargas project will be backed by a debt package from Banco Sabadell and should complete construction within nine months.

The Toledo newcomer comes to add to Solarpack’s current EPC contracts in Spain, with Monclova (50MW) and Grullas (62MW) – co-funded by Bankia and Bankinter – also under construction.

The race for a piece of Atacama solar

Solarpack’s H1 2019 activities also extended to La Granja, a 123MW installation it is deploying on a build-and-own basis in Chile, with support from financier KfW IPEX-Bank.

The project – one of many under development in the Atacama Desert – should hit commissioning before year-end as interconnection works are “almost finished”, the firm said.

Across the border, in Peru, the firm recently completed its full purchase of a seven-year-old 43MW solar duo and quickly followed by selling a 49% stake to global investor Ardian.

The firm is now eyeing a 1.76GW global pipeline – which rises to 4.149GW of “identified opportunities – after bagging new projects in Chile, US and Southeast Asia in Q2 2019.